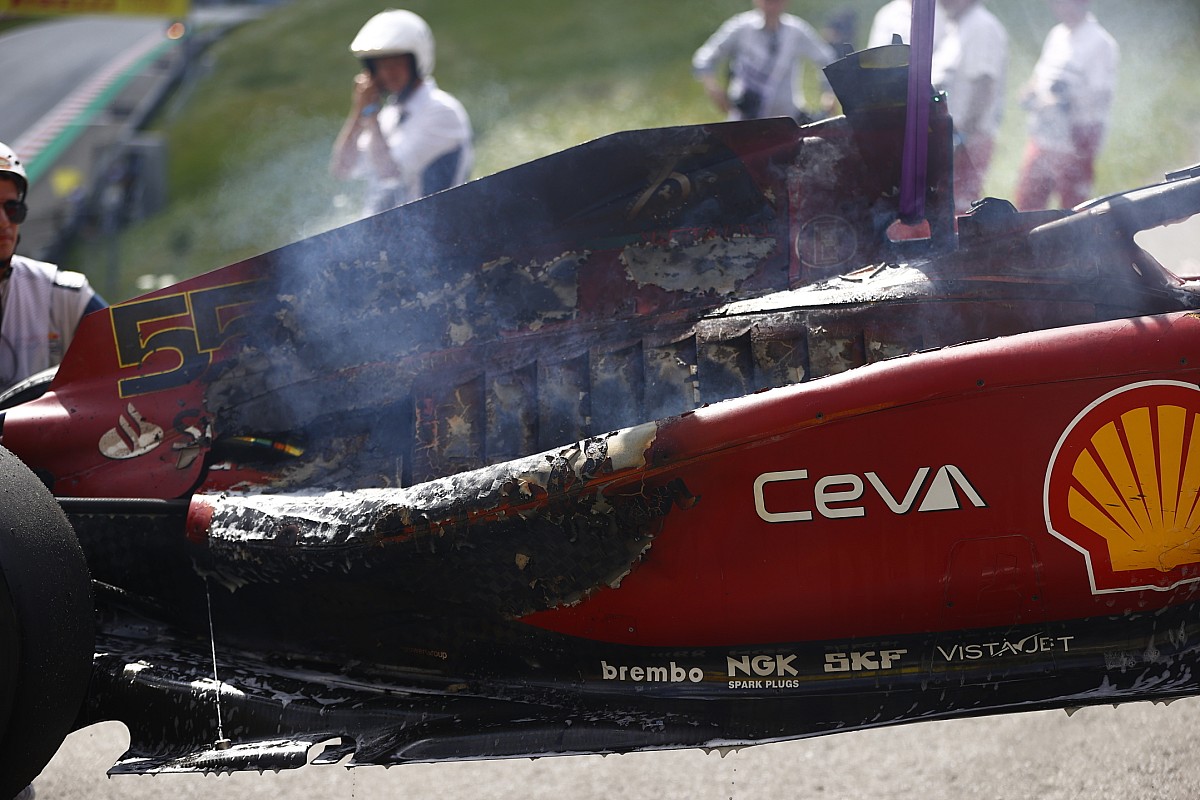 
While Ferrari has had arguably the fastest car for much of the season, strategy errors and a poor finishing rate have left it on the back foot in the championship standings compared to Red Bull.

Engine failures for Charles Leclerc cost him potential victories at the Spanish and Azerbaijan Grands Prix, and the Maranello squad faced an anxious end to the most recent Austrian GP.

Having looked on course for a 1-2 finish at the Red Bull Ring, Carlos Sainz was forced out with a spectacular engine failure, with his fiery Ferrari bringing out a virtual safety car.

Then, just a few moments later, Leclerc faced a scary run to the chequered flag as he battled a throttle problem that was leaving his car on power in corners.

The nervousness that Ferrari faced on the pitwall was exemplified by Ferrari team principal Mattia Binotto revealing that he had to switch off and turn away from the TV screens for the final three laps.

While Leclerc’s car held on for him to take a victory that keeps his title hopes alive, the engine failure for Sainz has highlighted how Ferrari is still far from sorting the engine issues that have stalked it this season.

But while mechanical problems remain a concern for Ferrari, Red Bull says that it cannot just sit back and count on its main rival hitting trouble.

Asked if Red Bull took some comfort from an obvious weakness in its competitor, Horner said: “Not really. We are not too focused on them.

“We can’t control or contribute to that in any way. I think that we’ve got to focus on ourselves and just getting the best out of our own package.

“They had a very strong car [in Austria], and they could have could have well finished first and second.”

Although Max Verstappen still holds a comfortable lead in the championship standings, being 38 points ahead of Leclerc, and 57 points in front of teammate Perez, Horner thinks the title fight is still wide open and any of them could triumph.

“Absolutely,” he said. “We are just at the halfway point of the championship and things swing around quite a lot.

“There is still an awfully long way to go. I would say Austria was sort of damage limitation, as we managed to get the pole, get the sprint victory and see the second place [in the race]. I think Max has only lost five points to the Charles in the drivers’ championship and obviously damage has been relatively contained in the constructors’.”

How Alpine plans to bring more women into F1