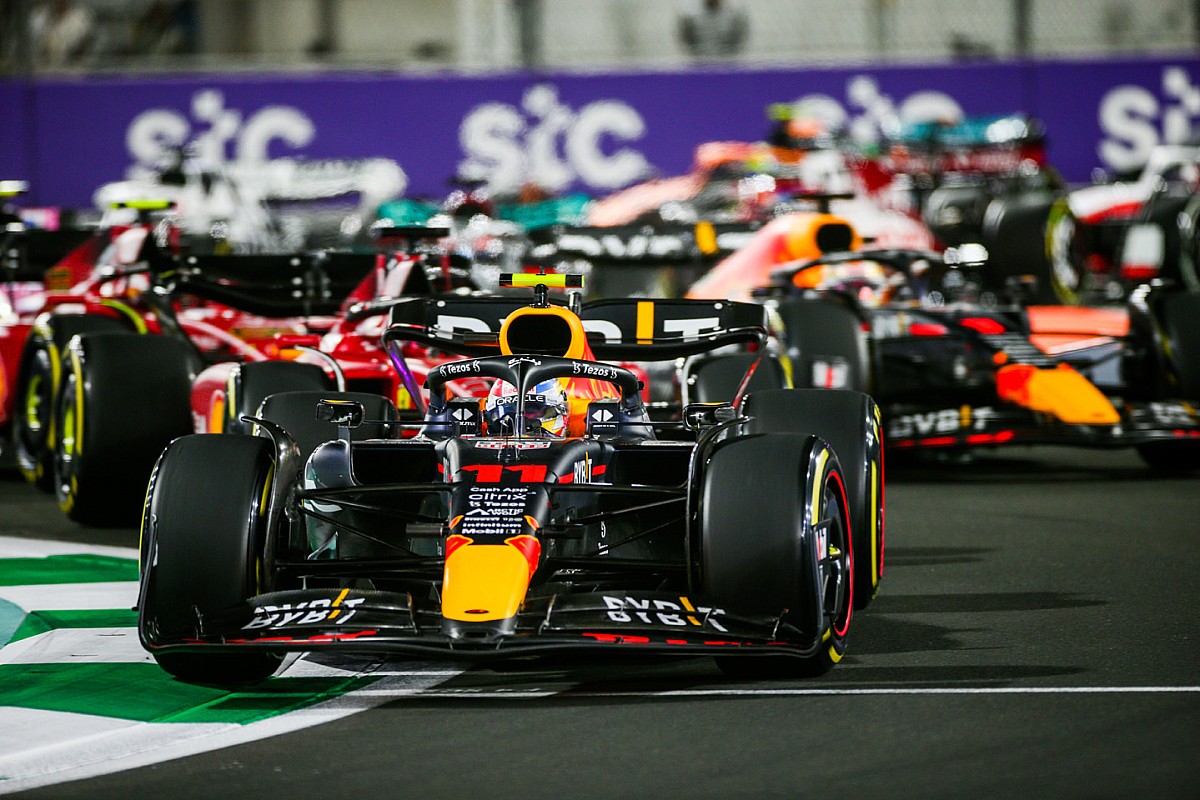 
F1’s new technical regulations for 2022 resulted in a weight increase from 752kg to 795kg, caused by the new 18-inch wheels and improved safety features on the chassis.

But teams have been struggling to meet the minimum weight target, partly due to the use of heavier than expected standard parts such as wheel covers. It has caused some to resort to stripping back paint on their liveries in a bid to save weight.

Mercedes F1 boss Toto Wolff said in Bahrain that his “best guess” was that both his team and Red Bull were “probably the most overweight” out of the top 10 cars.

But Red Bull advisor Marko acknowledged the RB18 car was running overweight, and that it had to focus on reducing this figure to remain competitive at the front given Ferrari’s perceived weight advantage.

Marko said the added challenge facing Red Bull to reduce the weight of the car was the cost cap, which limited the areas of focus.

“It’s much more difficult to get off the weight because of the cost cap,” Marko said in an exclusive interview with Motorsport.com’s sister publication Formel1.de.

“You have to calculate more precisely where technical progress, where weight reduction and reliability [can be found], i.e. these three components, and then you have to find the right compromise.

“But one thing is clear: you certainly won’t be able to drive at the front of the field this season if you’re overweight.”

Teams are limited to spending just $140m this season under the budget cap, placing a particular pinch on Red Bull, Mercedes and Ferrari, which are F1’s three biggest operations.

Red Bull and Ferrari have set the early pace this season, scoring one win apiece, but the development rate will be higher than usual under the new regulations.

One team that is understood to already be running close to the minimum weight is Alfa Romeo, which has enjoyed a competitive start to the season and picked up a double-points finish in Bahrain.

Asked if he believed Alfa Romeo was the only car not overweight currently, Marko said: “From the information we have, and especially how vehemently they were against adding weight, it’s safe to assume they do.

“Supposedly they also have a shorter wheelbase, I can’t judge. But together with the Ferrari engine, that explains the performance they currently have.”