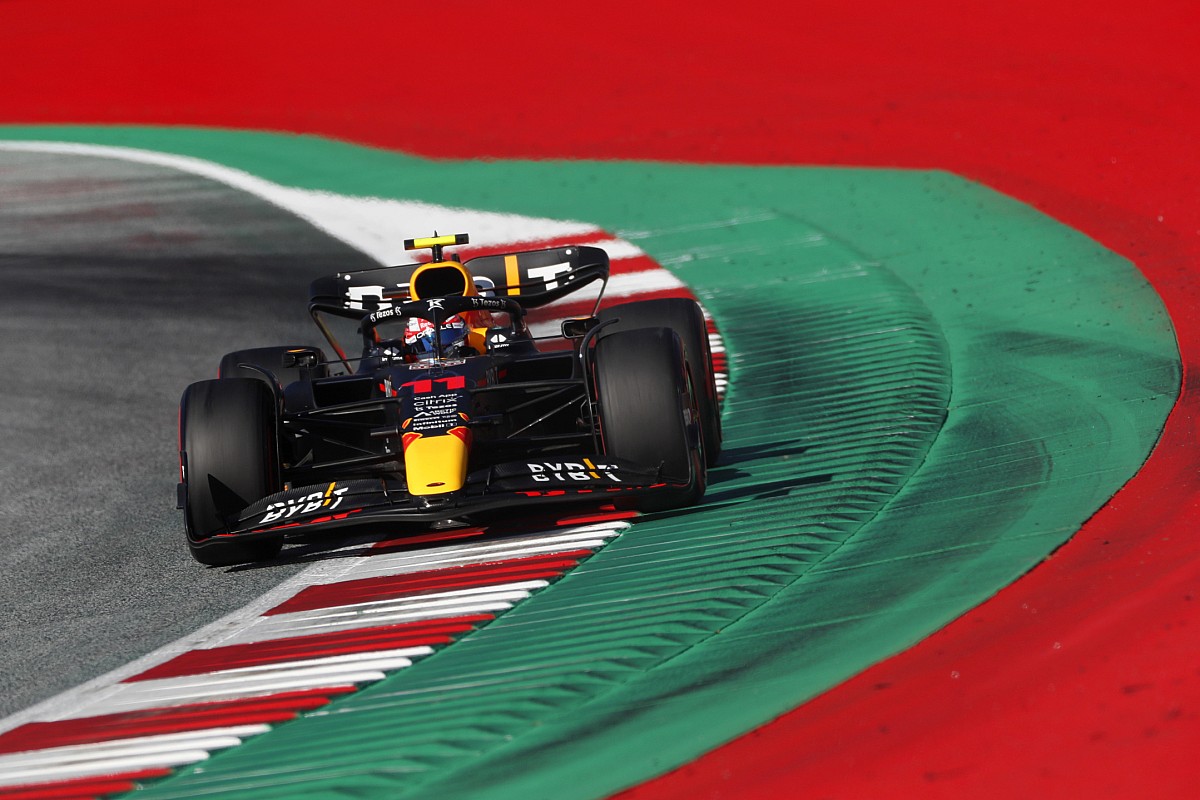 
He also stressed that the team has the set-up tools to make Perez feel more comfortable with the car.

Speaking in Austria on Thursday, Perez suggested that in recent races the RB18 hasn’t suited him as much as it did earlier in the season.

He noted: “I haven’t been as comfortable with it as I was in the beginning. Let’s put it that way. So, I think I’ve got some work to do to understand what’s going on.”

Monaghan insisted that there was no conscious effort within the team to make the car more suited to Perez’s teammate Max Verstappen, stressing that any recent changes were the result of the normal process of performance development.

“I’m not aware that we have made a deliberate step to make the car less to his liking,” he said.

“It’s not easy to make cars go faster, shall we say. And within a fairly constricted set of technical regulations and freedoms, if you find a way to put a bit of pace on, you will often take it if it’s within your financial limitations to apply it.

“So you then go through a process of your research tools, realisation at full size and then evaluation at full size. And if it looks like we put some pace on the car, typically, we will keep it on the basis of all your tools saying your car will be faster.

“Now, it may be that in deploying the tools it’s been easier for Max to adopt them. Maybe his set-up has suited a bit more than Checo. But it’s not as if the car is fixed in terms of its parameters, and that Checo can’t then revise the set-up to say it’s to his liking again.

“And it would be foolish of us to not then try and give Checo a method to get more out of it. We’re in the race with both titles. And we need both cars ideally ahead of the Ferraris and the Mercedes, so we will do everything we can to put the two of them there.”

Monaghan said that there are ways of making Perez more comfortable with the car.

“Has the direction taken something that might be preferential to Max?,” he noted. “No not really. It’s quite difficult to put pace on it. And if we find a method of doing it, we will take it.

“And then within the race engineer suite of tools, and the things we can change, of course, we will look to revise the set-up, everybody would.

“It should be within our capabilities to find something which is maybe a little bit more to his liking. And the balance between drivers through a season will always ebb and flow.”

Monaghan said that the team always wants both cars to be competitive.

“Max isn’t one to rest on his laurels, and neither is Checo, and neither are we. So our race is within our team.

“But they’ve got to remember that they both drive in the same team, and then our race is against our neighbours, [Ferrari and Mercedes] who are both quite happy to see us behind them.

“So our fight is on many fronts. But one of them I wouldn’t regard as a contest, it’s more our challenge. And that’s both our drivers most and we’ll support them as best we can.”