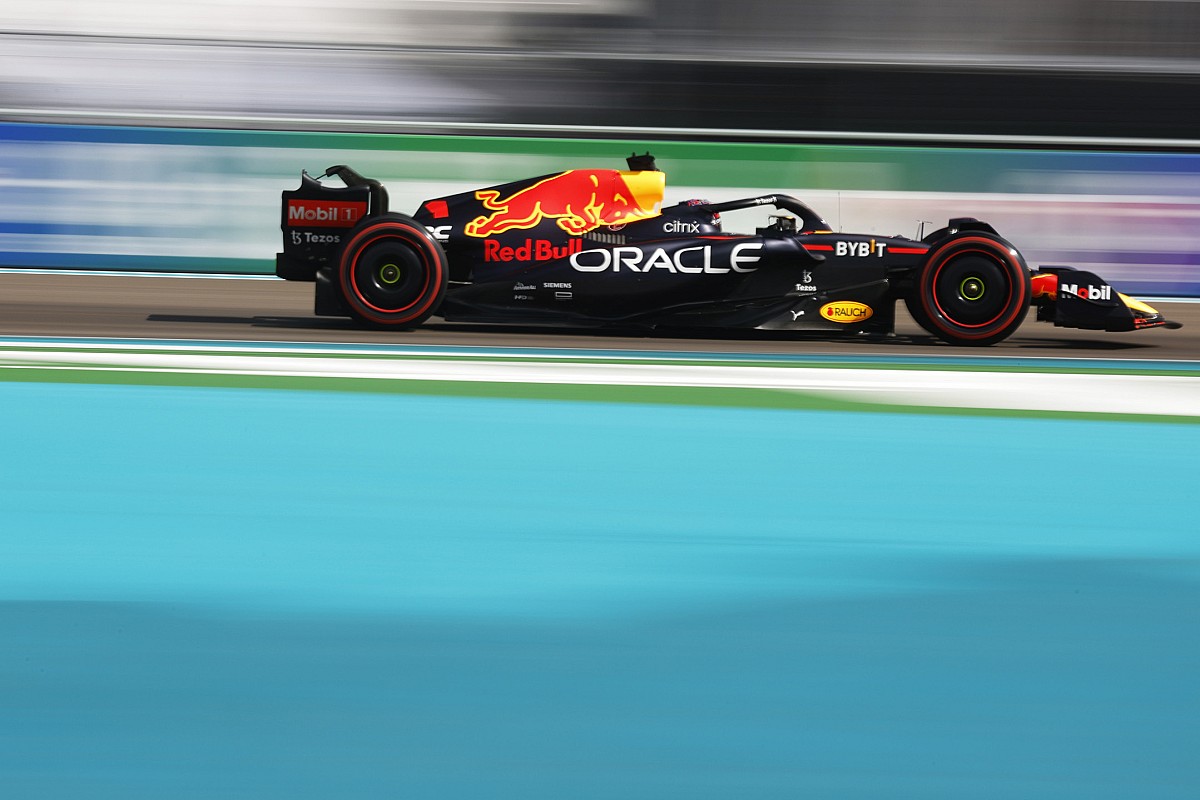 
A raft of developments the Milton Keynes-based squad introduced at the Emilia Romagna Grand Prix has helped the team inch ahead of Ferrari, with Max Verstappen having triumphed at both Imola and Miami.

Ferrari has held back so far on introducing any major updates on its F1-75, with it intending to bring its first batch of upgrades to the next race in Spain.

The Italian team has expressed some belief, however, that Red Bull’s current advantage may be the result of the team having spent much more on development so far this year, which means it will likely hit its budget cap ceiling much earlier.

Mattia Binotto, Ferrari team boss, said after Miami: “I hope, because there is as well a budget cap, that at some stage Red Bull will stop development: otherwise I will not understand how they can do that.”

But Red Bull has dismissed any talk that it has accelerated its spending and thrown more resource than needed at early season progress.

Helmut Marko, Red Bull’s motorsport boss, is emphatic that his team’s spending is in line with its rials, and that its gains appear to be so great because it is shedding weight with each update too.

Asked if Red Bull had put more down that Ferrari so far this year, Marko said “I don’t think so. We plan our updates in such a way that we always lose weight with each update, because unfortunately we still haven’t reached the minimum weight. And we won’t quite reach it with the next update either.

“I don’t think we are in a significantly different position to Ferrari in this regard. Especially since I wonder what effect it has on them that Carlos Sainz has already crashed the car several times. That can’t be cheap.”

Marko said that any concerns that Red Bull had about the budget cap were related to aspects that affected all teams equally, such as the escalation in freight costs.

“It’s true that the increased logistics costs are a problem,” he said. “But that doesn’t just affect us, it also affects Ferrari and all the other teams.”

Red Bull team boss Christian Horner said that he was mindful of the budget cap limitation, and that the focus was on producing changes that delivered the biggest bang for buck.

“You’ve got to be very careful where you introduce your upgrades because of the budget cap restrictions this year,” he said. “We’ve just got to make sure that we introduce something that is value for money.”