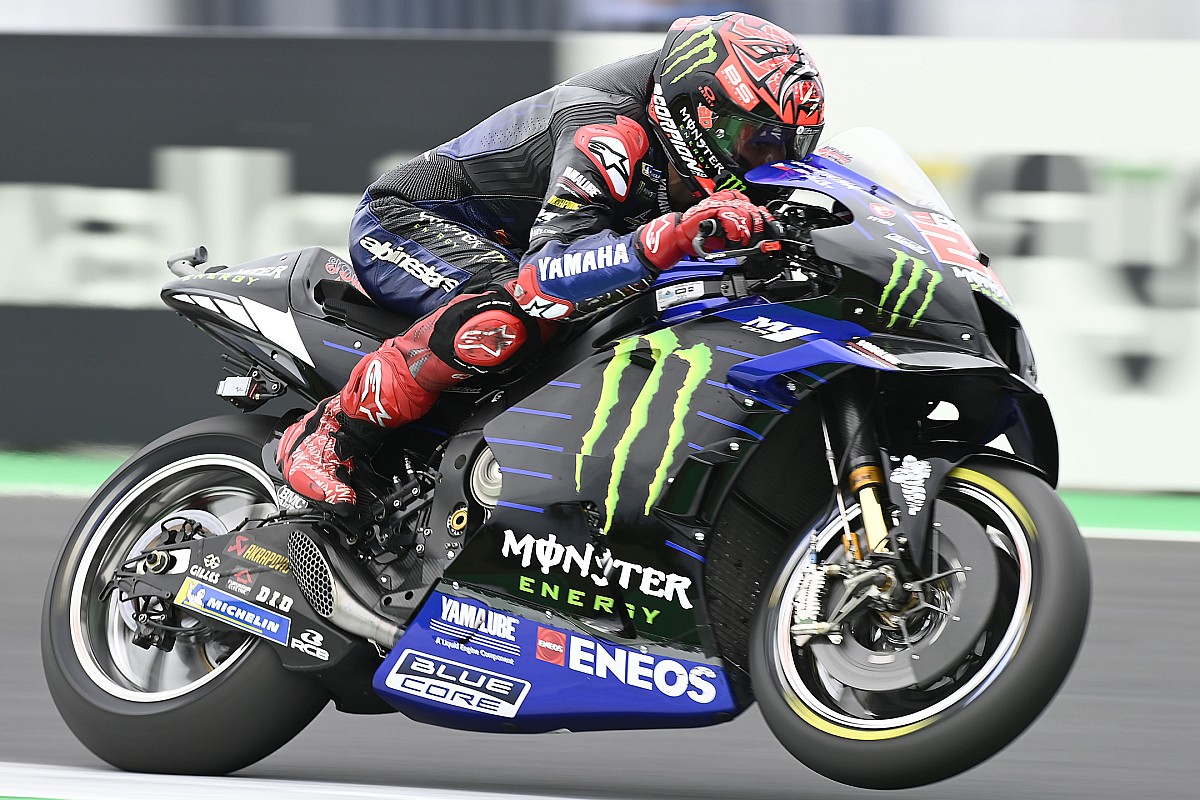 Quartararo could only manage eighth, one place ahead of nearest title rival Aleix Espargaro on the Aprilia, but behind an armada of Ducatis. An in-form Francesco Bagnaia will still start ahead of the reigning world champion, despite a three-place grid penalty.

The Frenchman admits eighth was the best he could do in the conditions and says a lack of power with the Yamaha meant he could not ride around the time lost by avoiding damp kerbs.

“It’s the maximum I could do, but I am disappointed,” Quartararo said. “In this condition, some corners I could not go on the kerb, like Turn 6.

“I could not really carry speed like we have to do with the Yamaha and we don’t have any acceleration [to compensate].

“Basically Turns 6 to 7 was not great, Turn 15 I had to use less corner speed because we could not really use the kerbs.

“I’m disappointed but it’s always the same problem. I’m starting to have much less fun than before, so we have to find a solution to qualify faster.”

Quartararo says the risks he is having to take in trying to overtake other bikes means on Sunday his first lap will be critical to how his race will pan out.

“That’s the problem, where can I overtake?” he said when asked how he can attack the Ducatis ahead of him on Sunday.

“It’s a track where there’s a lot of acceleration and braking. If I am getting close I cannot make any overtakes, so of course in Austria I could overtake but the risk I’m taking in any overtake is so much.

“I will have to make a great start, great first lap and play a lot in the first four corners.”

Quartararo hailed Bagnaia’s qualifying effort to go second-quickest and minimise his grid drop disadvantage, and says only being eighth-quickest is more disappointing than failing to capitalise on the Ducati rider’s penalty.

“In the end he made an incredible qualifying, but in the end it’s disappointing that we are fighting always with the same guys,” he added.

“They are fast, I think their bike is the reference right now. But of course it’s tough because I give my 100%, I did my best, but it’s only P8.

“It’s only three tenths [off pole] but it’s P8. So, it’s really disappointing but in normal conditions I know my pace is good.”