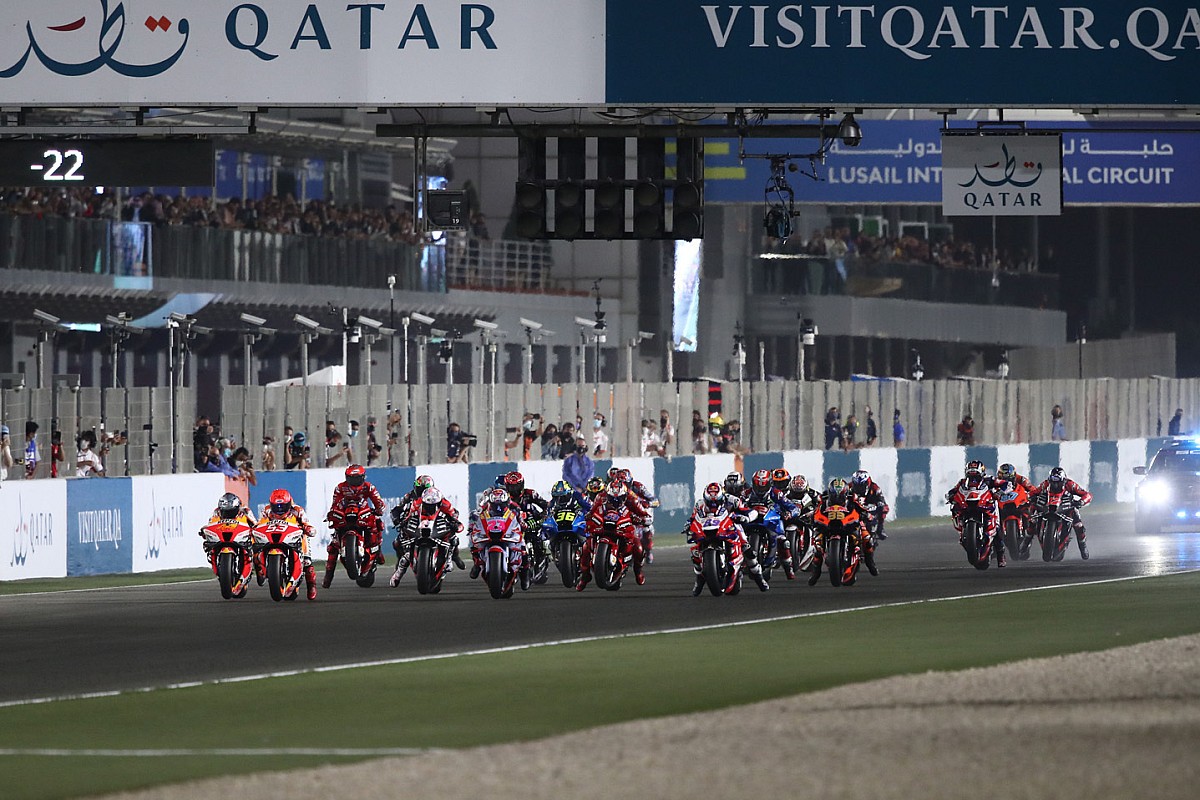 
Qatar has been a mainstay of the MotoGP calendar since 2004 as one of the first major racing facilities in the Middle East alongside the Bahrain International Circuit, which debuted on the Formula 1 calendar that same year.

From 2007, Qatar became the traditional season-opening event, with the following year marking the first-ever night time grand prix in history.

Since then, the Qatar GP has been MotoGP’s only night time event and has a contract with Dorna Sports through to the end of 2031.

However, due to facility upgrades taking place ahead of next year’s action – which is set to include a return of F1 following its 2021 appearance – Qatar will now take place later in the season.

“Losail International Circuit is set to undergo extensive renovation and remodelling to the paddock area and circuit facilities for 2023,” a statement from MotoGP read.

“The track is already confirmed on the MotoGP calendar until at least 2031, and the works will see the Middle East’s flagship motorsport venue further confirm its status as one of the world’s best-equipped racing facilities.

“The remodelling project will begin to take shape in 2022 and will see various areas redeveloped to create an even better experience for all those racing at and visiting the venue, from riders and teams to fans and guests.

“Lusail will host the 2023 Grand Prix of Qatar upon completion of the work, meaning the event will therefore not be the opening round, as it has been from 2007.

“Instead, it will take place towards the end of the season, under the spectacular floodlights of Lusail as the sport returns to enjoy some incredible racing – as has become tradition at the Qatar GP.”

The 2023 season will mark the first campaign since 2006 where MotoGP has started somewhere other than Qatar, when the opening round took place at Jerez in Spain.

It is unclear yet where the 2023 season will kick off now, with talk over the past few years suggesting a move for the Australian GP to an early-season date to run the event in better weather conditions than its usual October date.