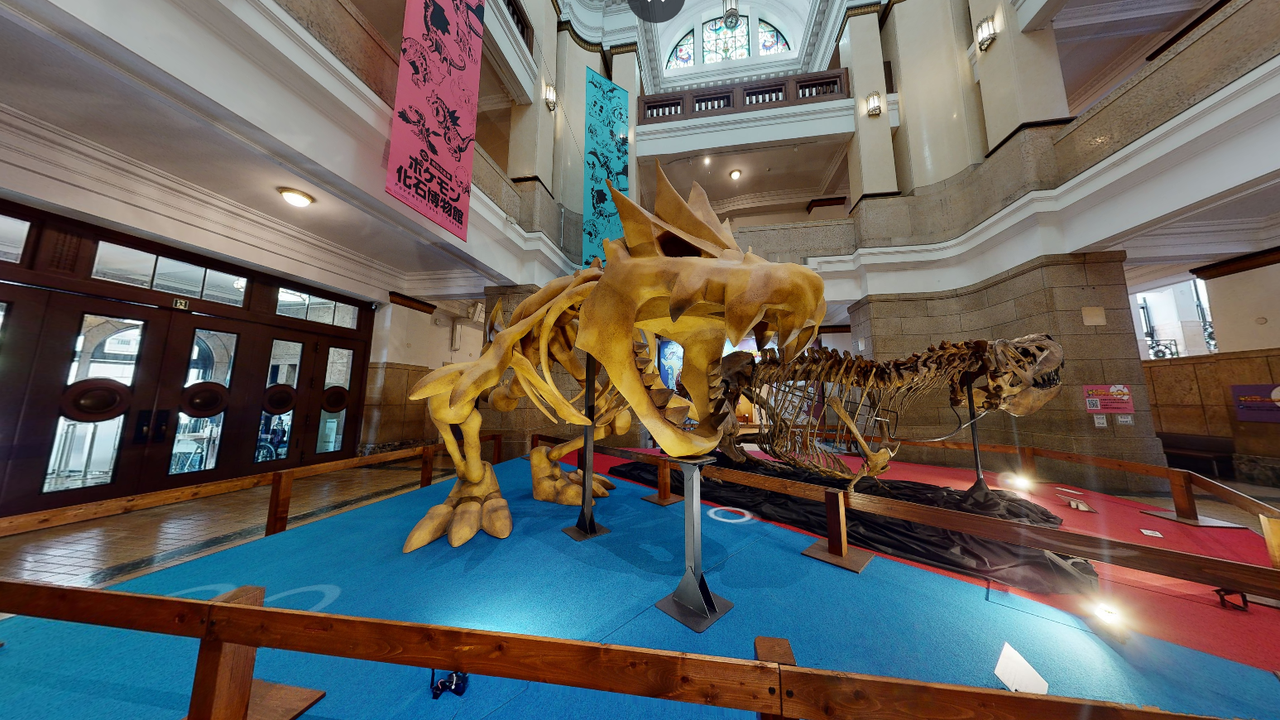 
The Pokémon Company and Toyohashi Museum of Natural History have made it possible to see the Pokémon Fossil Museum without being anywhere near Japan. Pokémon fans can now take a virtual tour around the exhibit — which is open until November — to see the collection of real and Pokémon fossils, from a tyrannosaurus to a Tyrantrum.

Designed to teach children about fossils and dinosaurs, the exhibit includes models of Pokémon side-by-side with fossilised versions and information panels to educate amid the fun.

The incentive began last year in the city of Hokkaido before moving to Shimane and then Tokyo, before arriving in Toyohashi this week. Though nothing is confirmed, the official website states that further venues may be announced later so the Pokémon Fossil Museum may move somewhere else after it closes in November.

Ancient Pokémon obtained through fossils have always existed in the games and anime, and just like the normal pocket monsters (Pikachu being the mouse Pokémon), they’re based on species in the real world.

Going through some of the Pokémon in the exhibit, for example, Omanyte is based on a prehistoric creature called an ammonite, Aerodactyl is based on pterosaurs, and Bastiodon is based on ceratopsian dinosaurs such as the triceratops.

Looking to Pokémon’s future instead of its past, the upcoming Pokémon Scarlet and Violet video games arrive this November and bring an open world to the franchise for the first time. Bringing a little real world, however, is a reality TV show based on the Pokémon Trading Card Game.