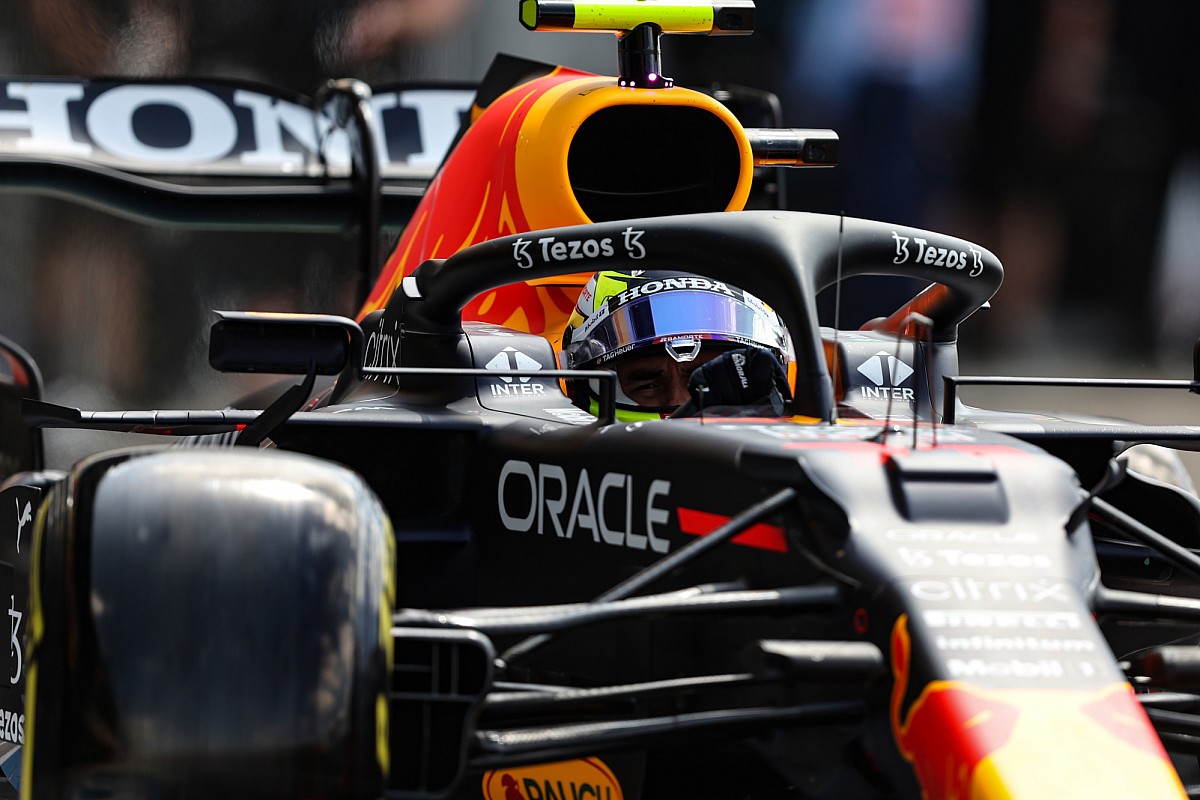 The Mexican spun off early in Saturday’s sprint race at Silverstone, and after picking up damage he did not have the pace with which to make a proper recovery.

He was running in 18th place behind the Williams of Nicholas Latifi when the team called him into retire right at the end. He was officially classified 20th, having completed 16 of the 17 laps.

Red Bull has taken the opportunity to make significant changes to the car which mean that he has to start in the pitlane, rather than from last place on the grid.

Perez will be the only driver to have been able to make such changes since parc ferme rules were applied to all the cars after the FP1 session on Friday.

The team hopes that the revised set-up will give Perez the pace with which to overtake and move up the order in today’s race.

The biggest change is a different specification of rear wing.

The FIA noted: “The component has been replaced with the approval of the FIA technical delegate following a written request from the team concerned, this being in accordance with Article 34.2 of the 2021 Formula 1 Sporting Regulations.

“But as the rear wing assembly is different from the one originally used and also changes have been made to the set up of the suspension and to the cooling of the front brakes (with the approval of the FIA technical delegate following a written request), car number 11 should now be required to start from the pitlane according to Article 34.8b of the 2021 Formula 1 Sporting Regulations.”

Red Bull has also taken the opportunity to give Perez his third Honda energy store and control electronics of the season, which would normally earn him a grid penalty.

Following his spin in Saturday’s sprint, Perez said he had struggled in traffic.

“Probably here is a place where we have been struggling the most. I struggled a lot with the dirty air, and I don’t know if it is related to lighter fuel loads starting, or something like that, but I did struggle in the dirty air at the start of the race.”