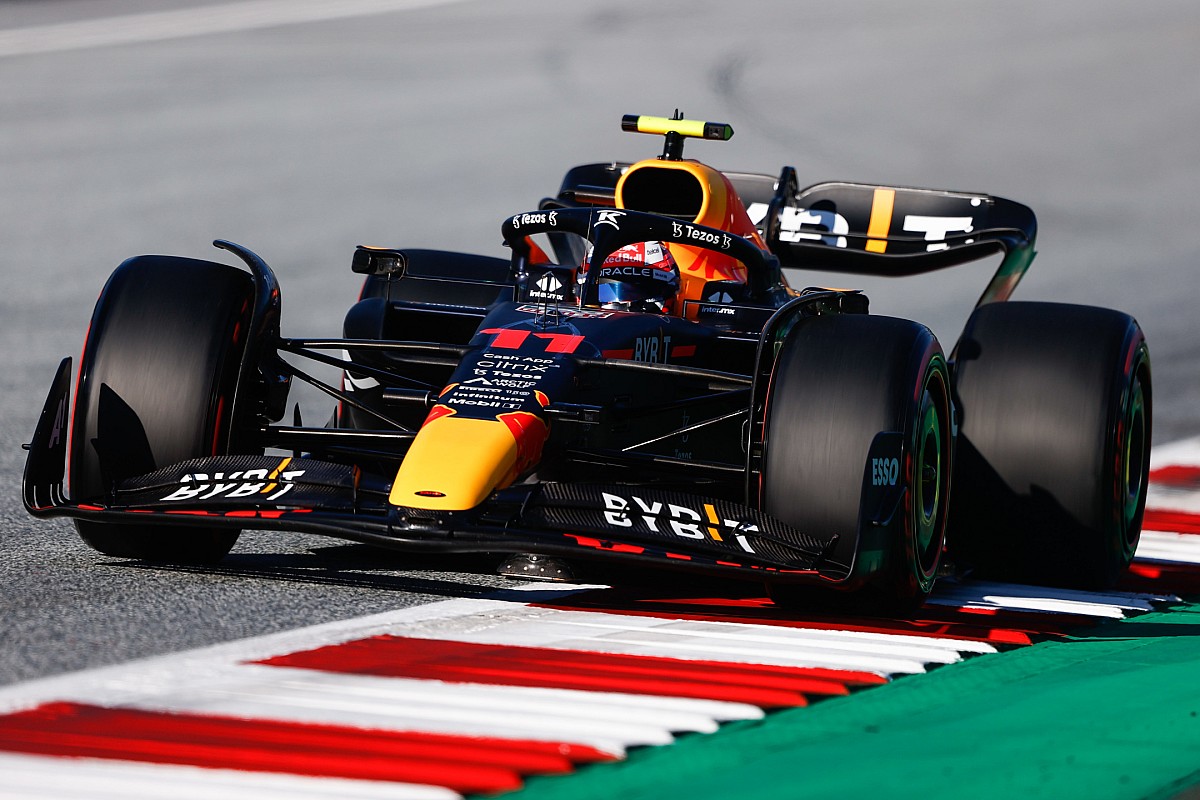 
Red Bull driver Perez qualified fourth at the Red Bull Ring on Friday, but was placed under investigation by the stewards at the end of Q2 for a track limits breach. Typically, times are deleted straightaway, meaning the penalty is automatically issued.

The stewards found that Perez had exceeded track limits and opted to delete the Q2 lap in question, as well as all of his Q3 times, dropping him to 13th on the grid for the sprint race.

The failure to automatically delete Perez’s lap in Q2 and stop him from advancing in qualifying was blamed on “many situations to examine in each session”.

Asked by Motorsport.com how frustrating it was to have received such a late penalty, Perez felt the added risk of running in Q3 meant it was a harsher sanction than necessary.

“I definitely did something wrong, but also I think I paid the price from the FIA not being able to police it better,” Perez said after Saturday’s sprint race, where he recovered to finish fifth.

“I got a harsher penalty than I should, because I wasted all my tyres in Q3, I risked it all. But anyway, it’s all in the past.

“We’re seeing a bit of inconsistency throughout, so hopefully we’re able to get some rhythm and work together with the FIA.”

The topic of track limits has been in the spotlight throughout the 2022 season as part of the new FIA race officiating structure, and was a particular point of contention in Friday’s F1 drivers’ briefing.

Aston Martin driver Sebastian Vettel was handed a suspended €25,000 fine for storming out of the meeting, while Mercedes’ George Russell later stressed the need for greater consistency and accountability from the stewards in the future.

“We do feel listened to but they can’t just change the rules week in, week out, when one driver pipes up and says I think this, I think that,” Russell said.

“They do need to stick to their guns. But it just needs to be enforced consistently, it needs to be clear to all of us. The penalties need to be a bit more consistent. And that will only come if there’s consistency from the people policing the regulation.”

Perez was pleased that he “managed to minimise the damage” by fighting back to fifth in the sprint, meaning he will start Sunday’s grand prix from the third row of the grid.

“Now we’re starting P5 tomorrow on the clean side, so everything to play for and hopefully we are able to go with the pack and early on, make some progress,” Perez said.