Palou on Verstappen-Hamilton F1 clash: Both did what I’d do 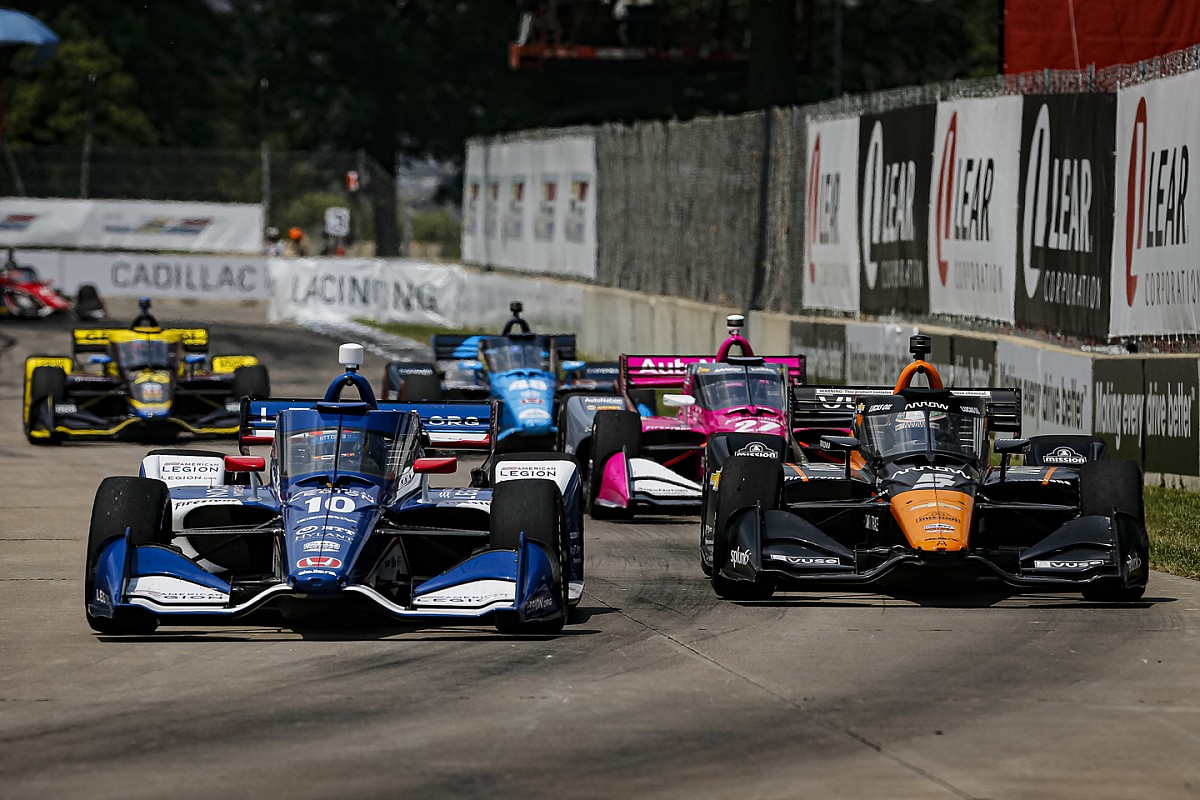 The Dutch ace went into the race with a 33-point advantage over the seven-time and reigning champion following the Sprint race ‘qualifying’ session, but Verstappen’s DNF and Hamilton’s victory has now closed that gap to just eight points.

Given that Hamilton’s resolve to make the pass was surely hardened by Verstappen being his only true title rival, Motorsport.com asked Palou if he felt as IndyCar points leader that he had a target on his back and if he therefore expects uncompromising zero-margin challenges.

“I think in IndyCar it’s always like that!” the Chip Ganassi Racing-Honda ace smiled. “In Mid-Ohio, every race, we touch with other guys. All the overtakes are on the limit… The racing in IndyCar is like that. I think it’s the beauty of the championship as well and these cars allow you to have some contact.

“Do I expect some drivers to be more aggressive on me? I don’t think so. Maybe the guys we are fighting more, like let’s say Pato [O’Ward], Josef [Newgarden], and [teammates] Scott [Dixon], Marcus [Ericsson]… Man, I think everybody fights super hard with each other here in IndyCar.

“I wouldn’t change my mindset on him now. Maybe he would be more aggressive on me now, but I don’t know.

“For sure, when you say that Hamilton went on that aggressive move, having only a little bit of space, for sure it was because it was Verstappen – if it was another guy, that wouldn’t have happened – just because [they] are fighting for the championship.

“I expect things like that to happen. What would I do if that were to happen? I don’t know. For sure [if I was Verstappen] I wouldn’t take it easy on Hamilton. But if I was Hamilton, I would have gone for it. In my opinion, they both did what I would do in their places.

“Maybe obviously now that you see the consequences, if you are Verstappen, you say, ‘OK, let him pass’. But you cannot just let somebody pass in racing!”

Palou currently sits 39 points ahead of O’Ward (Arrow McLaren SP-Chevrolet), 56 ahead of Dixon and 69 clear of Newgarden (Team Penske-Chevrolet).

Dario Franchitti, who serves as driver advisor at Ganassi, for whom he won three of his four IndyCar championships, was asked what advice he would give Palou were he to encounter one of his fellow championship contenders making a 50/50 passing attempt.

“The problem is, you’ve got to make decisions in the blink of an eye,” said the 31-time race-winner. “The decision is not something you can teach. The instinct has got to be there for that.

“I think Alex is right: he’s going to race people the way he’s raced them all season. ‘Don’t forget what has gotten you here… – driving a certain way, not being crazy aggressive, keeping a good balance at all times.’ I think he’s done that.

“Yeah, [my advice would be], ‘Just continue to race the way you have. It’s worked so far.’”

“That was my advice with Alex. There was a time if I had a third-place car, I pushed for a second-place result and crashed.

“I think it’s something I learned from making mistakes, knowing when to go. What is that saying? ‘Know when to hold ’em, know when to fold ’em.’ I think I learned that with experience.”