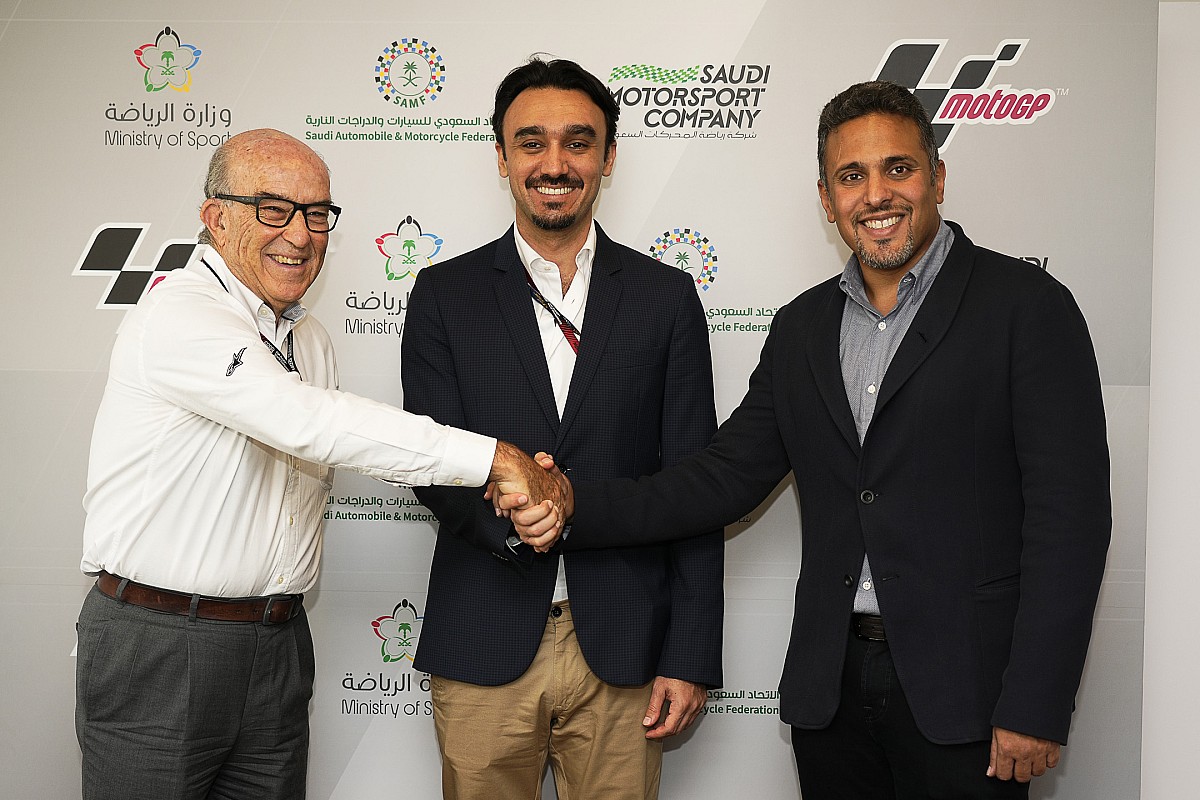 The plan is to construct a purpose-built FIM and FIA-accredited track at an undisclosed venue in the kingdom, which would make Saudi Arabia the second country in the Middle East to host a MotoGP race after neighbouring Qatar.

It is unclear if this track is the same as the one planned in Qiddiya near Riyadh that is expected to take over the running of Saudi Arabia’s annual Formula 1 race in the coming years, or an entirely different circuit constructed at a different location.

No timeline for the first MotoGP race in Saudi Arabia was provided, but the plan involves the establishment of a young talent programme to foster the development of up-and-coming riders in the region. The ultimate aim of the Road to MotoGP Program will be to have a MotoGP champion from Saudi Arabia in the future.

Saudi Motorsport Company added that a MotoGP race would mark the expansion of its wide scale racing portfolio to two-wheels, with the country having previously restricted itself to four-wheel motorsport.

The Gulf nation currently holds an annual Formula 1 race in Jeddah, a Formula E event on the outskirts of capital Riyadh as well as the Dakar Rally.

HRH Prince Khalid Bin Sultan Al Abdullah Al-Faisal said: “We are excited to confirm the signing of a Memorandum of Understanding with Dorna today which clearly outlines our shared goal of bringing MotoGP to Saudi Arabia.

“It makes perfect sense to add the world’s greatest motorcycle racing series to our growing list of world-class racing events.

“We look forward to working with Dorna to deliver on our shared commitment to bring the pinnacle of two-wheeled racing to Saudi Arabia and to continue to provide more opportunities and initiatives to enrich the lives of all our residents.”

Carmelo Ezpeleta, CEO of Dorna Sports added: “As the leading global championship for two-wheel circuit racing, we are thrilled at this opportunity for MotoGP to expand its reach within the Middle East by adding an annual Grand Prix in Saudi Arabia.

“The region is a key market for motorsport and the demand in the Kingdom for events of this kind is growing with research showing that 80% of Saudi fans wanting to see more in their country. In the past few years, Saudi Arabia has shown its ability to stage major global motorsports events to the highest standards.

“The signing of the Memorandum of Understanding codifies our shared intention to explore this opportunity further. We are confident that we will find an exciting and welcoming new home in the Kingdom and we look forward to further collaboration with the Saudi Motorsport Company to deliver on this joint ambition together.”