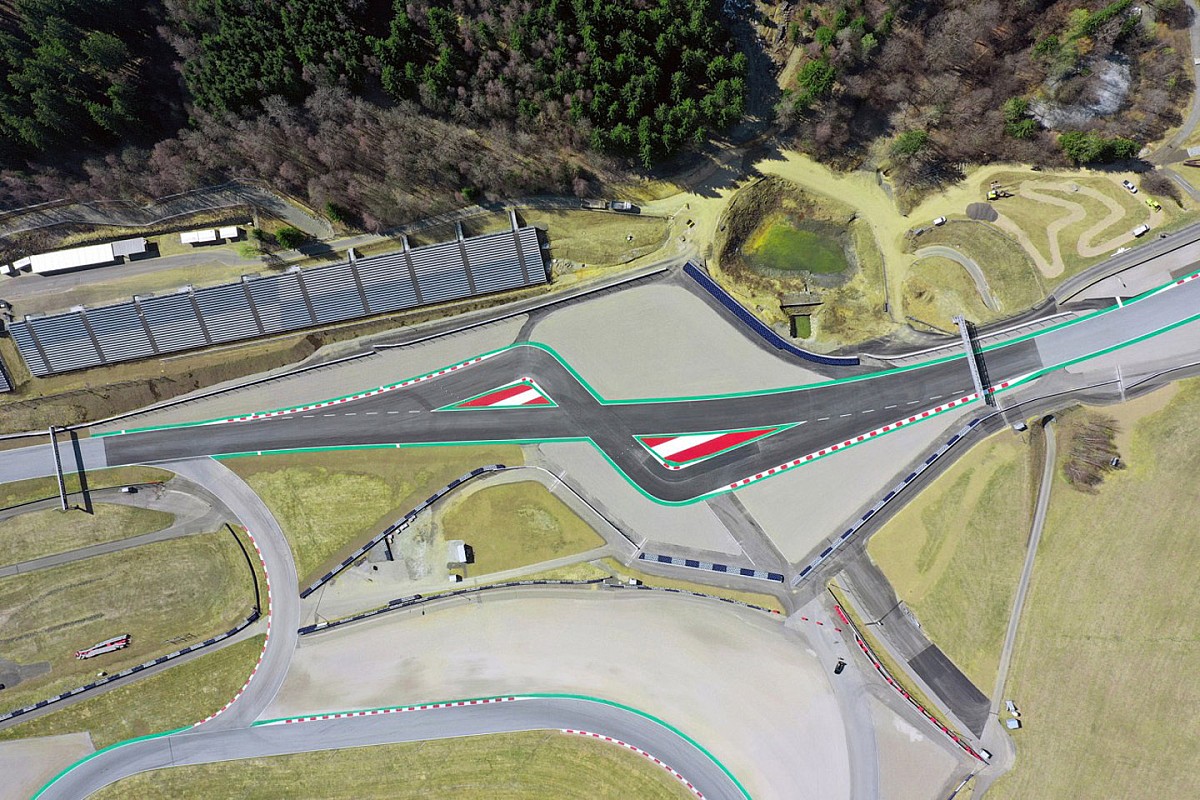 
Earlier this week the Red Bull Ring released images of the finished track modifications to Turn 2, in which a double-apexed right/left 90-degree chicane has been installed.

The changes were made on request from the riders and MotoGP organisers to improve safety through the fast Turn 2 left-hand kink, which was scene of a horrifying collision between Franco Morbidelli and Johann Zarco in 2020.

The finished design at the Austrian Grand Prix venue is different to the proposed version which the Red Bull Ring revealed last year, which led to a lot of social media backlash.

But when asked for their opinion on it on Thursday of the Argentina Grand Prix – which has been condensed to two days following freight delays – riders were in unanimous agreement of its merits.

“I saw yesterday the new chicane in Red Bull Ring,” Gresini’s Bastianini said. “For me it’s really strange this chicane, but we have to try it.

“I think now the straight is too short, but we will see when are in Spielberg. I think the first lap will be so difficult because it’s, for me, more adapted to Formula 1 compared to MotoGP.”

KTM’s Miguel Oliveira added: “The direction of the change is really what the riders requested.

“We wanted to make the arrival to Turn 3 much slower, and with the chicane there’s no better way to slow down the bikes and avoid to have that funnel and especially to brake at more than 300km/h with lean angle into Turn 3.

“So, I think the changes went in the direction the riders and Dorna requested, and I think the track did an excellent effort to accomplish that in this period of time.

“To build and to change is not that easy, especially that track being surrounded with so much nature and protected area, to have that run-off area.”

Reigning world champion Fabio Quartararo also said the chicane was a good solution to improve safety, while joking that it will help Yamaha as it removes on long straight from the track.

“Well, for the safety for sure it’s much better because you always have a small moment in Turn 2 and it’s not great to have a moment in this corner,” he stated. “First of all for the safety it’s better, and whatever chicane they put on the straight from my side is great.”

Ducati’s Jack Miller also noted that the chicane will help riders generate heat on the left side of the tyres, which has typically been a problem at the Red Bull Ring.

“At the end of the day it’s a chicane,” he added. “It will slow down and put the bikes in a better position for what was Turn 3.

“We asked for it to be slowed down a little bit and another thing is that it will put a little bit more temperature in the left side of the tyre which is generally a big issue in Spielberg.

“So, no complaints from my side.”

Bastianini “not inferior” to works Ducati riders despite old bike