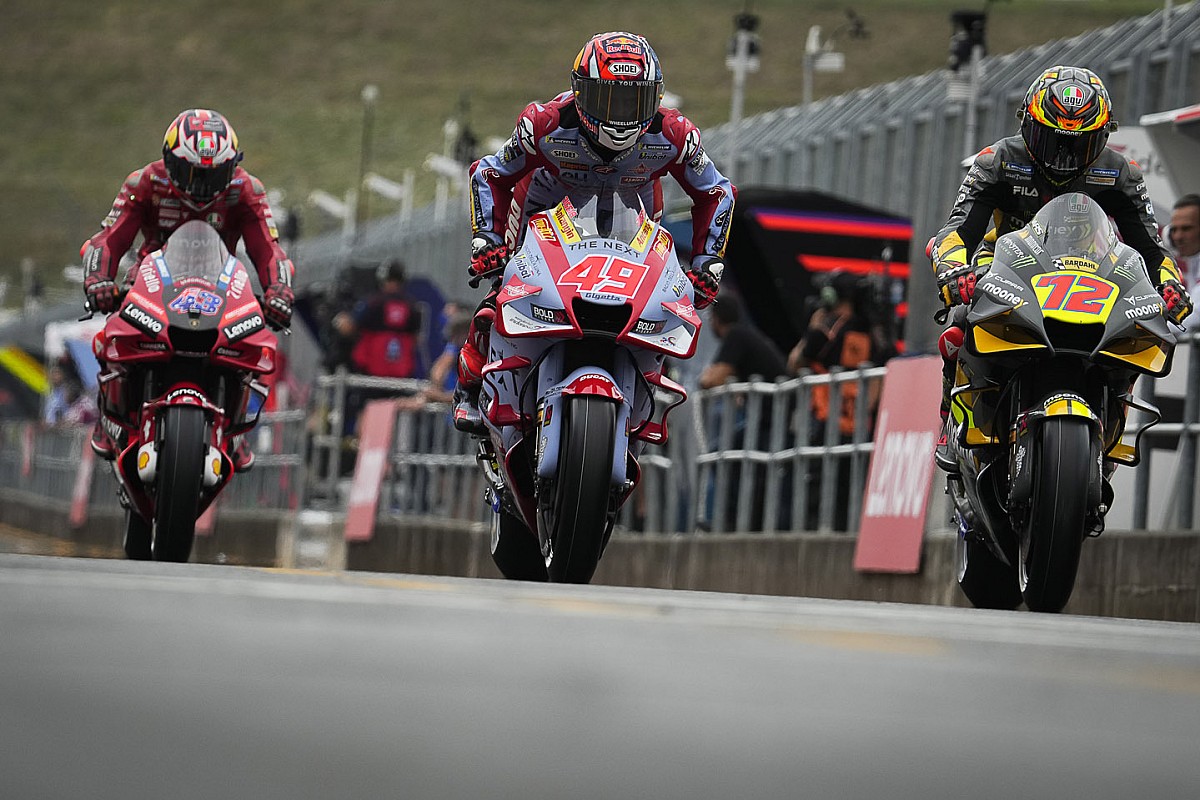 Motorsport.com understands that teams met early on Saturday morning at Motegi to discuss with championship organisers whether qualifying should be brought forward owing to the poor weather forecast at the Tochigi Prefecture venue.

The alternative would have been to hold the two grid-deciding sessions earlier in the day before the worst of the rain from Typhoon Talas, which is forecast to move through Japan’s Kanto region on Saturday, is predicted to hit the track.

In the event that the rain is too severe for qualifying to go ahead safely at the scheduled time, MotoGP has two options to consider that have recent precedents.

Qualifying could be postponed until Sunday morning before the race itself, slated to begin at 3pm local time, as was the case for the 2019 Australian GP at Phillip Island when high winds made holding qualifying on Saturday impossible.

Alternatively, the grid could be based on the times from Friday’s sole practice session, held in dry conditions unlike FP2 on Saturday morning, which would mean Ducati rider Jack Miller starting from pole.