MotoGP: Alex Marquez ‘never saw Marc so down’ after injury 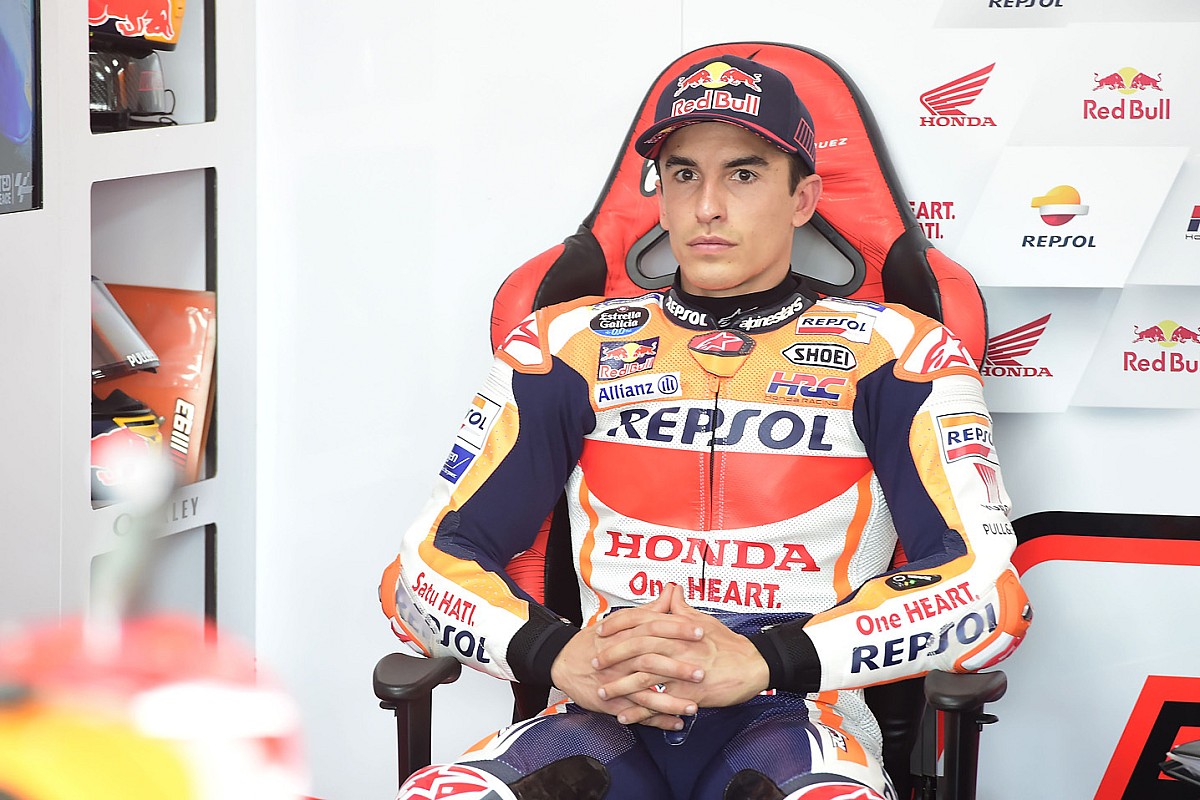 
Marc Marquez suffered a violent crash during the warm-up session for the Indonesian Grand Prix last month and was ruled out of the race after sustaining a concussion.

On his way home from Indonesia, he began to experience double vision problems and was diagnosed with a new episode of what is known as diplopia.

This was the same thing which ruled him out of the final two rounds of 2021 after he suffered a concussion in a training accident and is caused by nerve damage in the eye.

The factory Honda rider has been ruled out of this weekend’s Argentina Grand Prix but is said to be making good progress with his recovery.

Speaking ahead of the Argentina round – which has been reduced to two days due to freight delays – Alex Marquez spoke of his brother’s latest injury battle.

“The first days, it’s normal that he was really down,” the younger Marquez brother said. “I never saw him as down like this, but fortunately the improvements are there.

“He’s feeling really good. This morning when I saw the schedule [after Friday’s running was cancelled], I made a joke to him. I said ‘you have one more day to be fit and to come’, just to make him a bit happier.

“It’s something that he feels more improvement and this is something really good for the head. I hope to see him back really soon, because he’s my brother and I want to see him on track.

“But also for Honda riders it’s really good to have him always on track and putting the bikes to the limit.”

Marc Marquez’s Indonesia crash came during a weekend in which all Honda riders struggled massively with rear grip after Michelin change the tyre carcass to one not used since 2018 to better deal with extreme heat.

After the race, Michelin boss Piero Taramasso said Honda simply didn’t understand how to best set-up its bike around the stiffer construction and that there was no problem with the tyre.

Quartararo: “Not my problem” other Yamaha MotoGP riders struggling

World Superbike: BMW not so far behind, says Alex Lowes

Stone Cold Steve Austin Stuns Us With A Zelda Reference