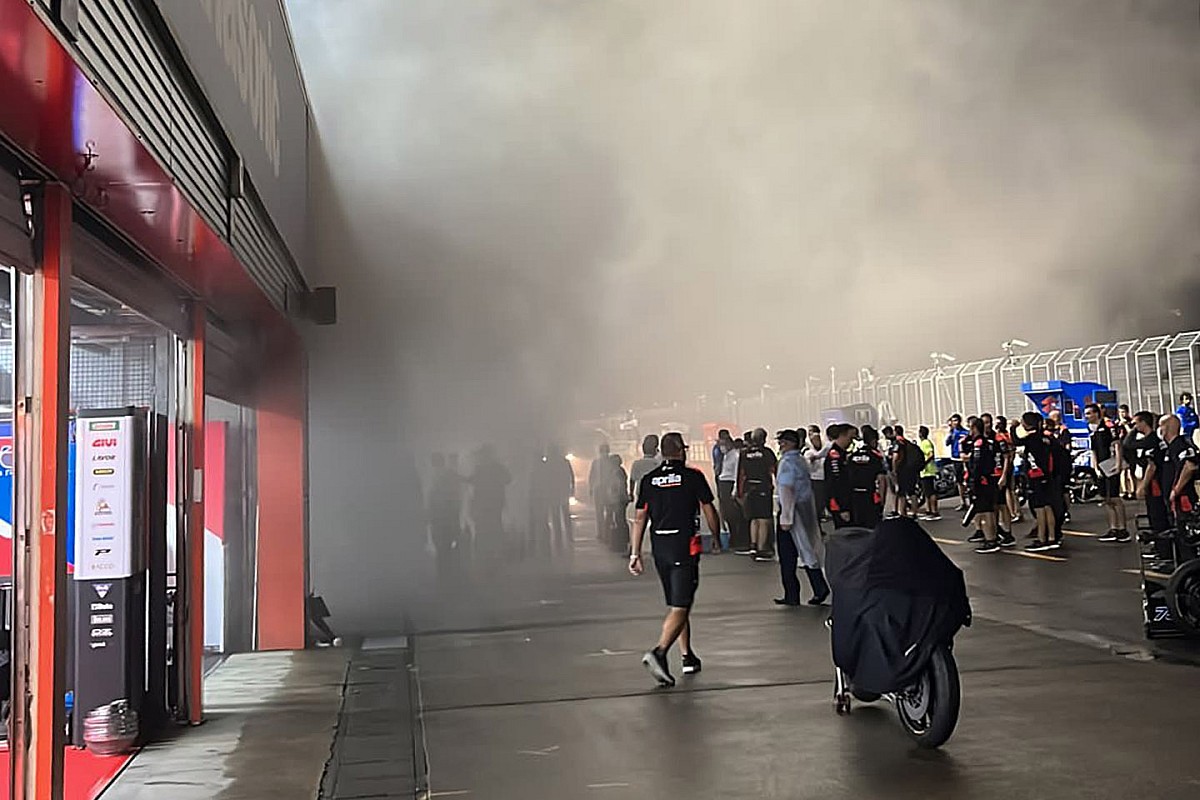 This weekend marks the first Japanese GP to be staged by MotoGP since before the COVID-19 pandemic enveloped the world in 2019.

But Moto2 squad Marc VDS’ preparations for this weekend’s 16th round of the 2022 season were hindered when a fire erupted in its garage on Thursday evening at Motegi.

The pit box, located at garage 12 between Suzuki and Aprilia in the Motegi pitlane, was set ablaze when one of Marc VDS’ starter motors for its bikes caught fire.

Quick intervention from the circuit’s firefighters meant the blaze was put under control immediately.

Due to this, neither of the team’s motorcycles were damaged in the fire, nor were any of its crew.

It is yet to be determined how much material damage the team has suffered in the fire.

A brief message from the team on social media read: “Fortunately all the team members are well and safe despite the fire in our garage.

“Thanks a lot to everybody who is caring and especially to those on site helping to control the situation.”

This isn’t the first time the MotoGP pitlane has experienced a fire incident.

At the Malaysian GP in 2018, one of Suzuki’s MotoGP bikes caught fire while it was being warmed outside of the team’s pitbox at Sepang.

And in 2019, the inaugural MotoE World Cup had to be delayed when a massive fire destroyed the entire fleet of Energica electric motorcycles during a pre-season test at Jerez.

“Our Suzuki boys did a great job to avoid an absolute disaster. Good job we were working late!”

Practice for the 2022 Japanese GP gets underway tomorrow, though there will only be one session for each class after MotoGP organisers elected to alter the Friday schedule to allow for the complicated logistical situation in getting the entire paddock from Aragon last weekend to Motegi.