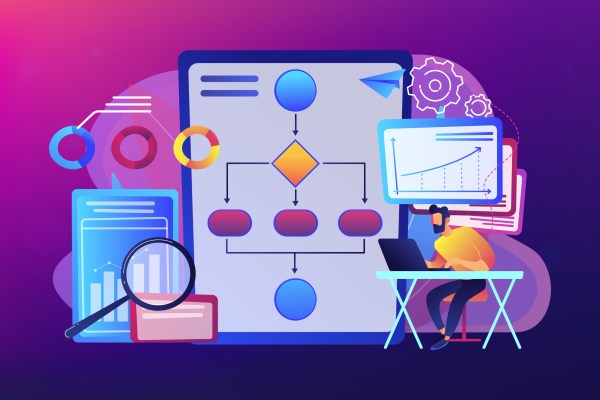 
The sales process can be chaotic, with data flowing in from a variety of sources and a number of people involved. Salesforce bought Slack for more than $27 billion last year because it recognized it could be the glue that holds this together. Momentum, an early-stage startup, wants to build on that relationship by being the automated collaboration layer between sales and the rest of the organization.

Today, the company announced a $5 million seed round led by Basis Set Ventures with participation from Inovia Capital, Leadout Capital, South Park Commons and a group of industry angels.

Momentum CEO and co-founder Santiago Suarez Ordoñez said the company originally wanted to build a deal room on top of Slack, but when Salesforce took that route in its first round of Slack integrations in August, the company decided to attack a different problem.

“What’s interesting, and I think this is what ultimately differentiates us from what Salesforce could put together, is as we went down that path of deal rooms and collaboration and we delivered value there, we started realizing that collaboration and sales can be so much more,” he said.

He said the founders recognized that salespeople need to connect not only to Slack and Salesforce — they need to connect with tools like Google Calendar, Asana and Jira, and automate follow-ups from a single place.

“Momentum ended up turning into a platform that allowed those people to streamline that process. Instead of going into Jira and knowing [how to] file a ticket for my security team, I just go to Momentum and raise my hand and I say ‘I need a security review,’ and Momentum has codified the process of finding where to go, creating the ticket, sharing all the context about the deal in that ticket for the rep, and the rep doesn’t have to do anything at that point,” Suarez Ordoñez explained.

He said that while they still have the deal-room functionality along with this task-driven capability, the plan is to build on that to create a complete platform of similar automated workflows inside Slack, such as getting approval for a discount rate or asking for engineering support for a sale.

The company just hired its 14th employee since closing the seed round in August. The company has a diverse founding team that includes Suarez Ordoñez’s wife — COO Ashley Wilson — and CTO Moiz Virani. The company said it takes building a diverse team extremely seriously.

“We actually have a mandate from the top to drive diversity and inclusion,” Suarez Ordoñez said. “In fact, one of our investors made it a term in their investment and it ended up being what made us go in with them and make room for them in our round as an investor.” He added that half the board is female at this early stage and that two of the three investor partners in the round are women.

They launched the company last year amid the heart of the pandemic. “One of the craziest things about it is that we already had half a dozen employees and customers and we had raised millions of dollars and 99% of that work had happened sitting at the kitchen table in my house, which was quite a wild realization of what happened,” he said.

The company is now operating at least part of the time out of shared spaces, but he said that being together makes it feel more real to him.

“Not that it wasn’t real half a year ago, [but the fact that] we couldn’t be together was just just a weird artifact of how the world was working,” he said.