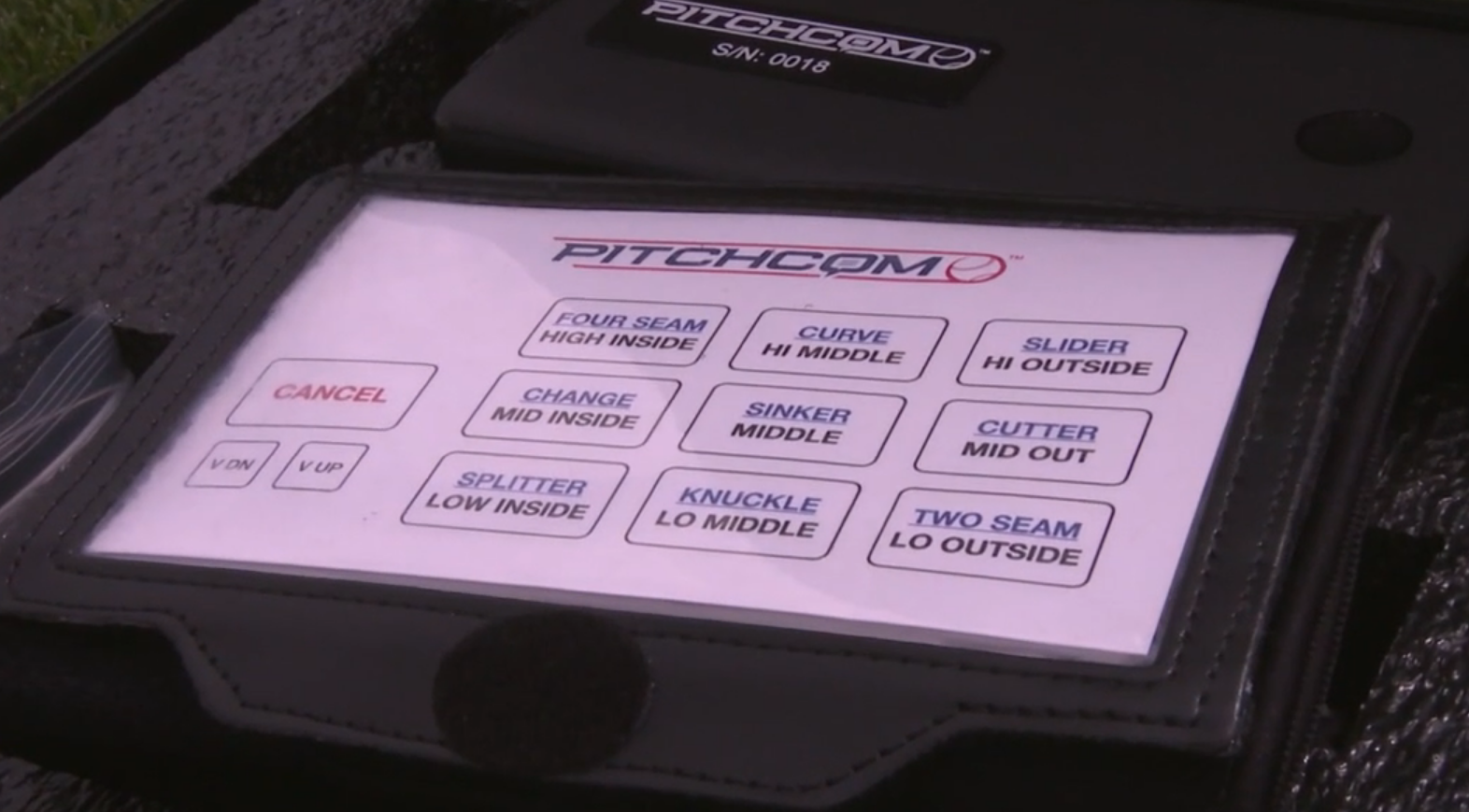 
For well over a century, catchers have signaled pitches with their fingers, but that could soon become a thing of the past in the big leagues. has approved the use of a system that will allow catchers to send directions to their pitchers electronically.

The PitchCom system centers around a sleeve catchers wear on their forearm. They can press buttons to identify the pitch type and location. The pitcher hears the call through a bone conduction listening device. The channels are encrypted and teams can program codewords to replace terms like “fastball” or “curveball.”

According to the , MLB is providing every team with three transmitters, 10 receivers and a charging case for the system, which works in Spanish and English. Teams can use one transmitter and up to five receivers at any time. Along with catchers and pitchers, three other fielders can use a receiver, which is tucked inside the cap. The devices can only be used on the field during games — not in clubhouses, bullpens or dugouts.

PitchCom is optional and teams can still use traditional hand signals if they wish. Around half of MLB teams are said to have expressed interest in using PitchCom. Some players tested the system during spring training and it was broadly well-received, as reports.

“I think it can be beneficial when it comes to August, September and October and you’re pushing towards the playoffs, with all the scouts in the stands and eyes on you trying to decipher what you’re throwing,” Chicago White Sox pitcher Dallas Keuchel said. “It’ll be nice not to have to go through several sets of signs.”

The tech could help teams ward off the by their opponents, an issue that has hung over the sport for the last several years. The Houston Astros were infamously caught stealing signs using a camera and monitors during their run to the 2017 World Series title. Teams have even been accused of to signal the opposing catcher’s pitch calls. Widespread adoption of PitchCom could eliminate such attempts at cheating and help speed up games.

Meanwhile, the creators of PitchCom are working on a version of the system that will provide visual indicators of pitch calls. That’s expected to be available next year.

Musk met Twitter execs for 3 days before making a bid, unclear if they discussed bots