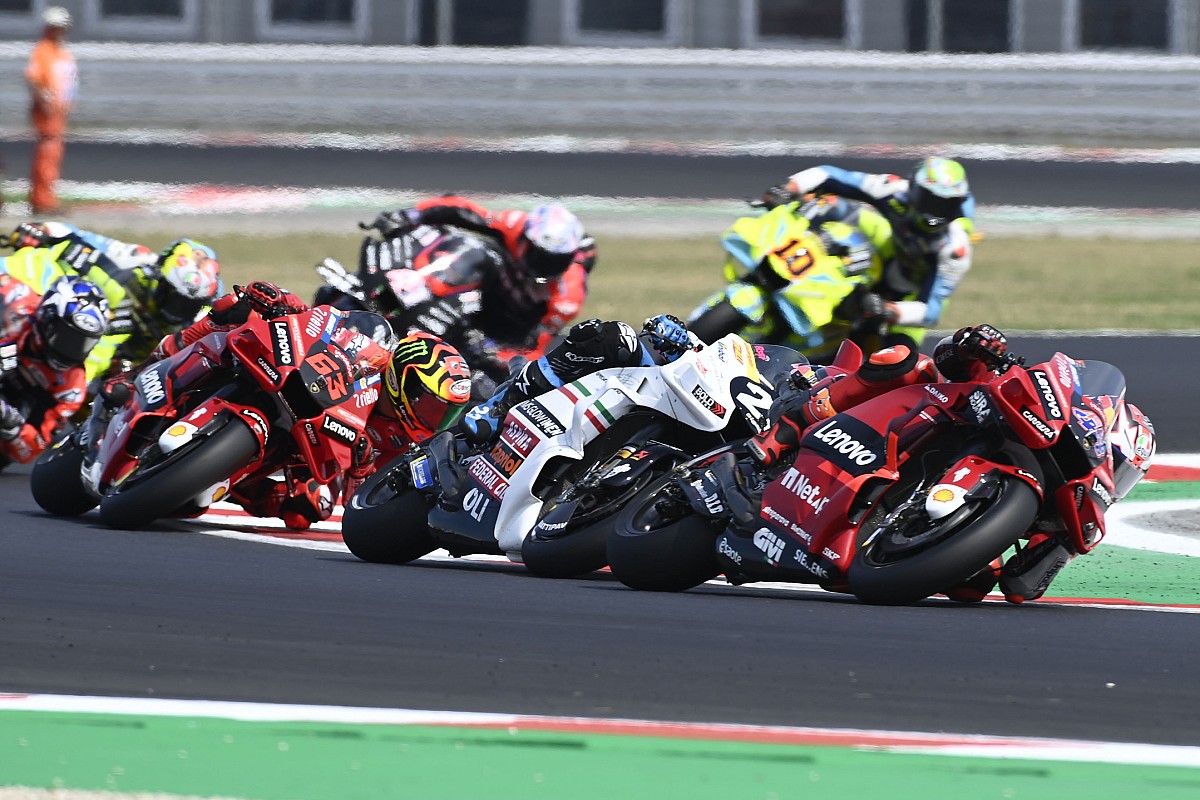 Piastri truth shows criticisms of him were “unfair”, says McLaren


The Australian led from pole on the opening lap but had his win hopes dashed when he crashed at Turn 4.

Miller rejoined the race to finish 18th with one side of his aerodynamic fairing broken and his rear brake no longer working.

While he considers Sunday’s race was potentially a missed opportunity for him, he is reticent to say he would have definitely won given how fast eventual winner Bagnaia and Bastianini were riding.

“I mean, don’t get me wrong, I don’t want to say I was going to win or anything like that,” Miller said.

“Those two guys there at the front… I came in and saw the laptime on the last lap, and basically s*** my pants to be honest because that was impressive: 1m31.9s, 1m31.8s on the last lap of the 27 laps on the tyres.

“So, whether or not it was a missed opportunity is better not to even think about it.”

Explaining his crash, Miller says he was wide exiting Turn 3 and couldn’t slow his bike down enough for the braking zone of Turn 4.

“I pushed from the beginning, tried to get away from those guys to at least break the group up a little bit,” he said.

“It was going OK, I got a lap and started my second lap and went into Turn 4.

“I was a little bit wide out of Turn 3, didn’t really think too much of it, was coming in a little bit hot at Turn 4 like it is in the first couple of laps where it’s maybe not decelerating the way you’d like.

“I came in wide off the kerb. Normally there all weekend I was able to slide the bike to the apex, you lose a little bit because you stop the bike but I came off the kerb and the thing started [to move] a little bit.

“I knew I was on the limit, but she went away from me and that was all. I picked the bike up, continued but I had no rear brake.

“So, riding one of these monsters with no rear brake and no wings on one side was a bit of a handful because the wheelie was full on.

“But I didn’t give up, I kept pushing to the end. The bike felt good considering, the grip felt good. So, it just makes you more hungry for what could have been.”

Honda ‘realises how hard it is to win’ in World Superbike

Piastri truth shows criticisms of him were “unfair”, says McLaren

DJI Action 3 might revert back to original form factor