Miller “left in the dark” by Ducati over his MotoGP future 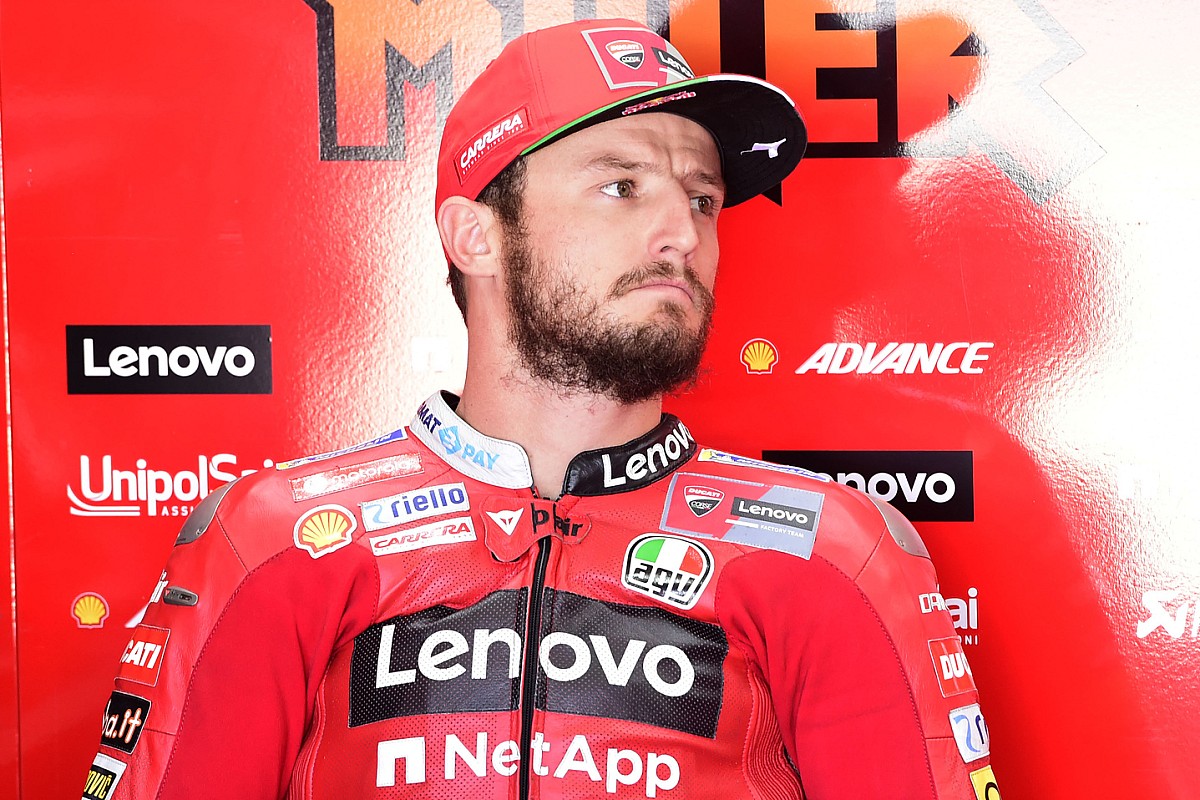 
The three-time race winner has been a stable of Ducati’s line-up since he joined Pramac in 2018, with the Australian earning a step up to the factory squad last year.

He finished fourth in the points having scored two wins in 2021, albeit 61 points adrift of runner-up teammate Francesco Bagnaia.

Miller’s future with Ducati has been under question all year so far, with it thought both Pramac’s Jorge Martin and Gresini’s Enea Bastianini in the frame to join Bagnaia in 2023 – who signed a new two-year deal ahead of the 2022 season.

Speaking exclusively to Motorsport.com on Thursday ahead of this weekend’s Grand Prix of the Americas, Miller says there have been no discussions with Ducati over his future.

“Nope. No discussions. What am I to do? Just do the best I can, I mean I can’t change it,” he said. “As I said, I’ve been in this position time after time after time – it doesn’t make any difference fretting about it or stressing about it.

“So, the only thing I can do is try to do the best I can on track and that’s it. But [there’s been] no word from them, which also hurts because you’re getting left in the dark quite a lot. But what are you going to do about it?”

When asked if constantly going year-to-year with an uncertain future was frustrating, Miller added: “For sure, but I mean sometimes you have to start doubting it and understanding why it keeps happening and whatever.

“But I got no control over that. All I can do is what I can and if things don’t work out, then whatever. But I’d like to make things work out.

“But if they don’t then they don’t, there’s nothing I can do about it, nothing I can change and I just have to try to plug away and hopefully stick about here a bit longer.”

Miller says he still feels loved by Ducati, which has only added to the stress of his lack of information on his future – while suggesting there are “political” factors behind his renewal.

“I do feel it and there is a great atmosphere, and I do love being here,” he insisted. “That’s why it stresses you when you don’t think you can stay. But I understand it’s a big, big, big decision this seat and there’s a lot of politics that go on behind it.

“And I know that these guys would love to settle me down and take things easier. But it’s not all up to them. It I what it is, it’s a very political job. It’s a shit part of motorbike racing but it is part of it. You need these sort of things to make the wheels sort of turn.

“I don’t feel like I’m a liability and I try to do the stuff that I can do, and everything I do is for the team – always.”

Miller did reveal he had been approached by other teams and says there is “no issue about getting a job” in MotoGP for 2023.

When asked if he had spoken to other teams, Miller said: “Of course. I’m not a piece of fucking sliced ham, there are other interests out there and I know I will be able to get a job somewhere in this paddock.

“I’m not stressed about that whatsoever. Even when I have been left in the lurch in the past, but I have stuck to my word with Ducati going back to when I was a Pramac rider and they were going to sign [Jorge] Lorenzo back again [for 2020] and I was sort of out of a job at that point.

“I know there are a lot of people in this paddock that will have me.

“I know a lot of people have my back and it’s not an issue about getting a job, that’s for certain. But my main focus is to try and be here.”