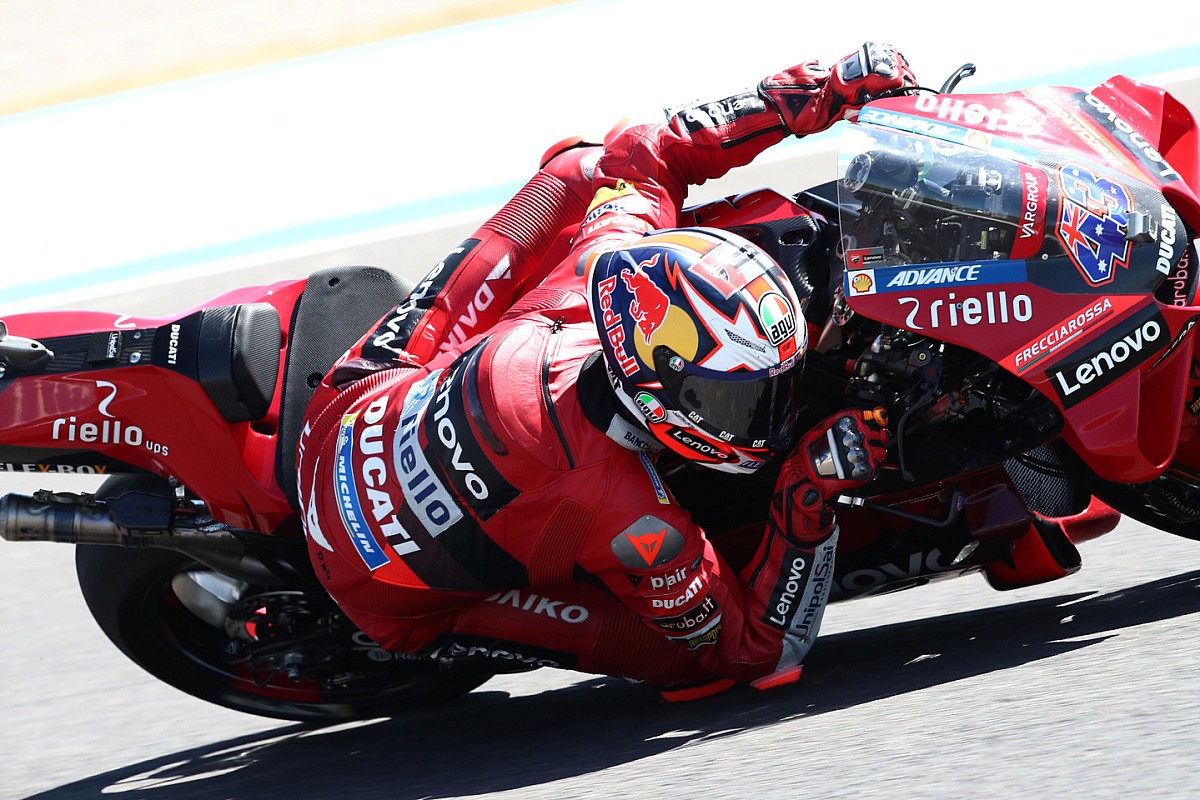 
In the closing stages of the second qualifying segment on a revised Saturday at Termas de Rio Honda following freight delays, Quartararo was on a flying lap when he came across Ducati’s Miller on the run into the Turn 7 right-handed hairpin.

Miller was cruising on the racing line and ended up on the optimal braking point to enter the corner, forcing a frustrated Quartararo to give up the lap.

Quartararo went on to qualify sixth and feels the moment cost him a better result.

“To be honest, in this track if you don’t make the lap in the first lap you lose already, because Turn 6 is a corner where you are basically spinning,” Quartararo explained. “As soon as you are on the left [of the tyre] you are spinning and you have more drive.

“Basically, he was not really on the line but in this type of corner when you arrive in fourth gear really fast and you have someone not in the middle but basically the racing line, it’s disturbing. So, for me it’s not fair to be on the racing line like that.

“That’s it, I did my best, we know where we lose a bit but I think I’ve never braked that late and hard at Turn 5 in my life.

“I did my best and second row is maybe not the best we could get, but it is what it is and I think we are in a good position for the race considering that we have a pace that is not the best but is not bad.”

Following a moment of slight contact during the Indonesian GP, Miller was critical of Quartararo’s riding style.

Miller revealed in his debrief having qualified 11th that he will receive a three-place grid penalty for Sunday’s 25-laps race – dropping him 14th.

Miller – whose Q2 session was also blighted by a crash early on at Turn 1 – said of the incident: “I’ve just been told now that I have penalty, a three-place grid penalty.

“I don’t know what they want from me. I swapped bike, I swapped leathers to get comfortable on both. I don’t understand. But anyway, it’s not like I was intentionally trying to get in somebody’s way. Whatever.”