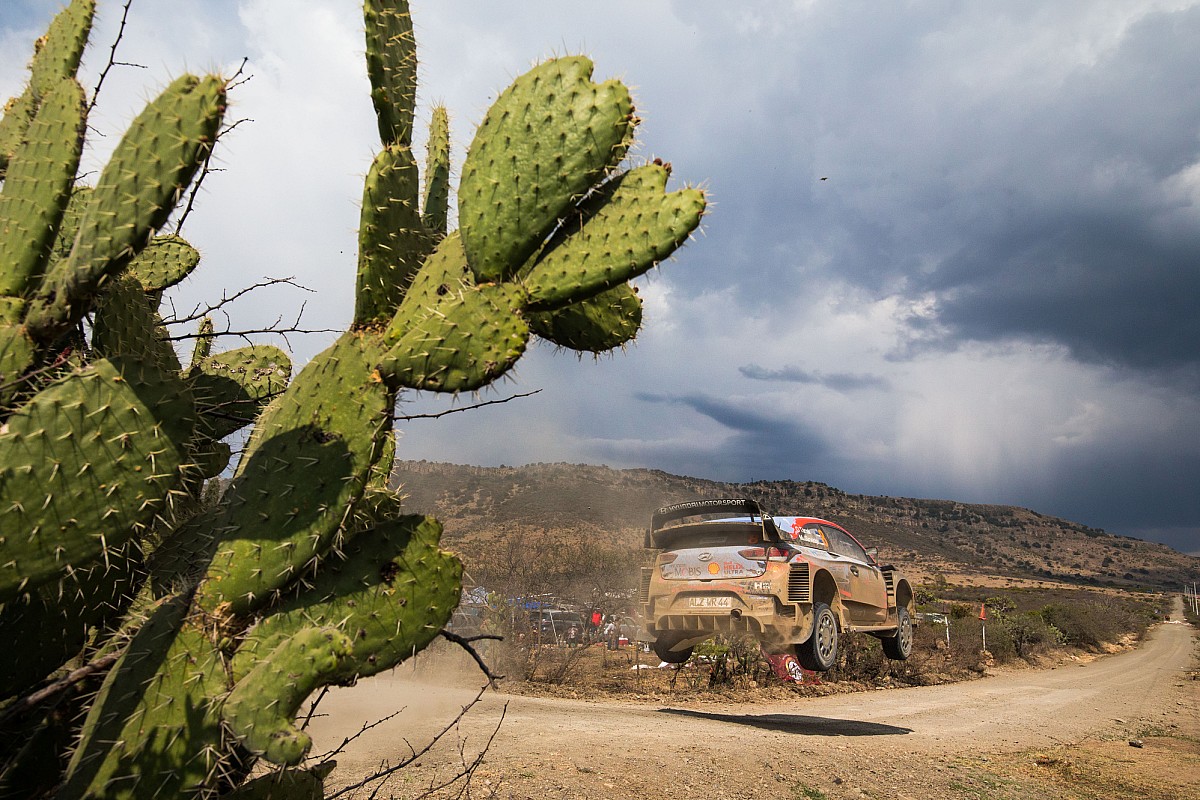 
The return of the gravel rally was announced by event organisers RallyMex on Monday although a date for next year’s event and the length of its contract is yet to be revealed.

The last time the WRC visited Mexico was in 2020, when the COVID-19 pandemic began to spread worldwide and organisers were forced to cancel the final leg of the rally to allow drivers and teams to return home as global borders began to close to reduce infection rates.

That year’s Rally Mexico was suspended on Saturday with Sebastien Ogier leading, the Frenchman was declared the winner before going on to win the championship.

The event was the last WRC round before a long break that led the category to restart a calendar based around European events, beginning with Rally Estonia in September.

This year represented an opportunity to return to South America, but transportation costs prevented the WRC from hosting events in Mexico and Argentina.

However, today’s announcement will see the WRC return to the continent next year with the event to be held in the state of Guanajuato. The competition will once again have the support of the local government of Guanajuato.

The date of the round of the calendar is not yet defined, but everything suggests that it will be held in March as has been a tradition to avoid the hottest periods, as well as the rains of the following months.

The president of Rally Mexico, Juan Suberville, indicated in the conference that the work to secure a new agreement was carried out throughout 2021.

As previously reported, the WRC is aiming for a 14-round 2023 calendar focussed around eight European rounds and six fly away events.

It has already been confirmed that one of the long haul rounds will be Safari Rally Kenya, which has already agreed a deal until 2026.

A return to Germany for the first time since 2019 is understood to be a potential European option although a firm proposal is yet to be issued to the WRC.

Share
Facebook
Twitter
Pinterest
WhatsApp
Previous articlemacOS Ventura preview: Stage Manager is the star of the show | Engadget
Next articleAssassin’s Creed: Liberation HD ‘Decomissioned’ From Steam But Will Remain Playable To Owners, According To Ubisoft
- Advertisement -