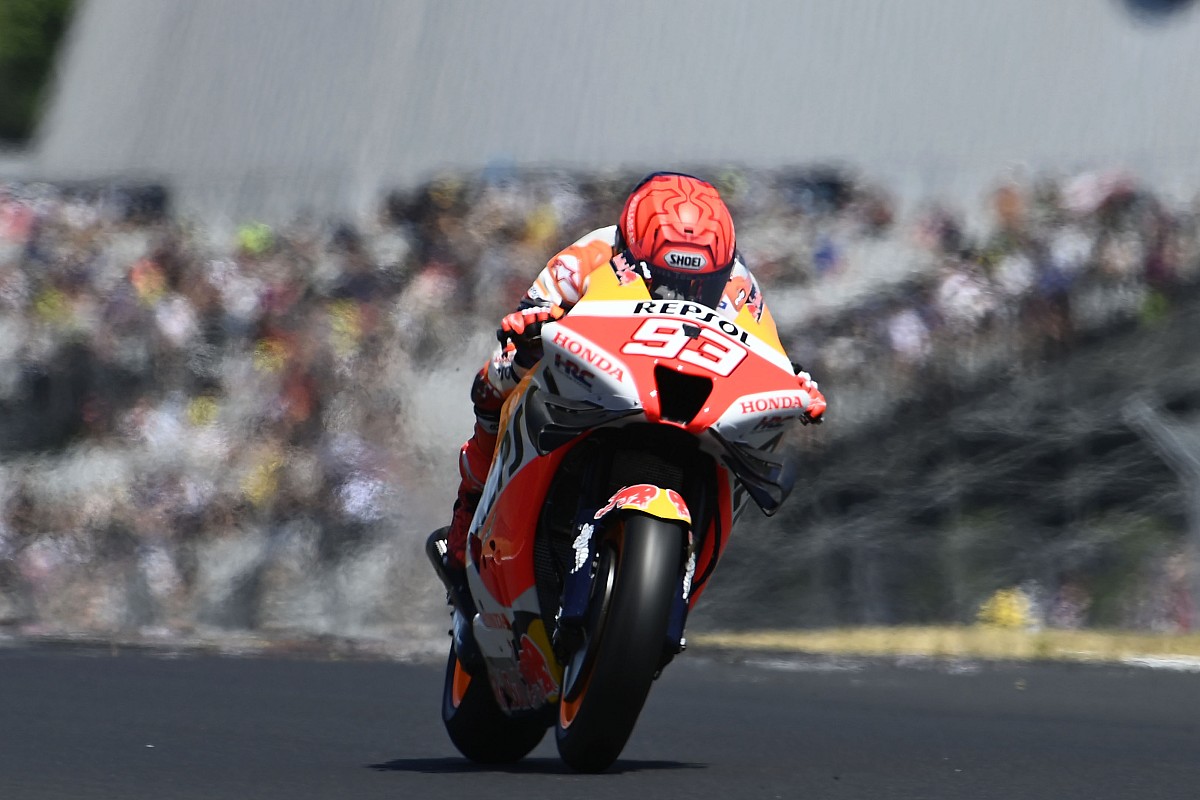 
The six-time world champion was expected to be a contender for the 2022 title having almost fully-recovered from the badly broken right arm which ruled him out of the 2020 season and the opening two races in 2021.

But Honda’s radical overhaul of the RC213V coupled with an eye injury which forced him to miss the Argentina round have left him 45 points off the championship lead coming into this weekend’s French Grand Prix.

Struggling on Friday at Le Mans and ending up 14th on the combined time sheets, with Marquez admitting he’s around four tenths off the best on long run pace, the Spaniard conceded that he has no title prospects this year.

“Before the season starts you work to get the title, then when the races start little by little the rivals put you where you are and what you can aim for,” Marquez said on Friday at Le Mans.

“That’s when you have to understand what you can aspire to. I tried.

“I had the eye injury and in these last three races in Austin, Portimao and Jerez I have seen that we are not ready to fight for the world championship.

“As much as I want to, we are not here to fight for the title.

“You have to set realistic goals, you cannot consider winning a race when you are struggling to get into the top 10, it would be frustration after frustration.

“We set realistic goals to have small motivations, like the fourth place in Jerez. Was it celebrated, yes, because it was a very good realistic goal we had set ourselves and we achieved it.

“We need to celebrate things to keep pushing, and hopefully we can celebrate victories in the future, but at the moment, we are not here to talk about anything.”

Looking ahead to Saturday’s running, Marquez feels simply getting into the top 10 at the end of FP3 and thus bagging a direct place in the pole shootout session in qualifying will be a good result.

“Today I pushed, I tried to be there and that today our position was to be between eighth and 10th” he added.

“With used tyres we were there, but when we mounted the new tyres we have not improved. We need to see if I can take advantage of the new tyre in FP3.