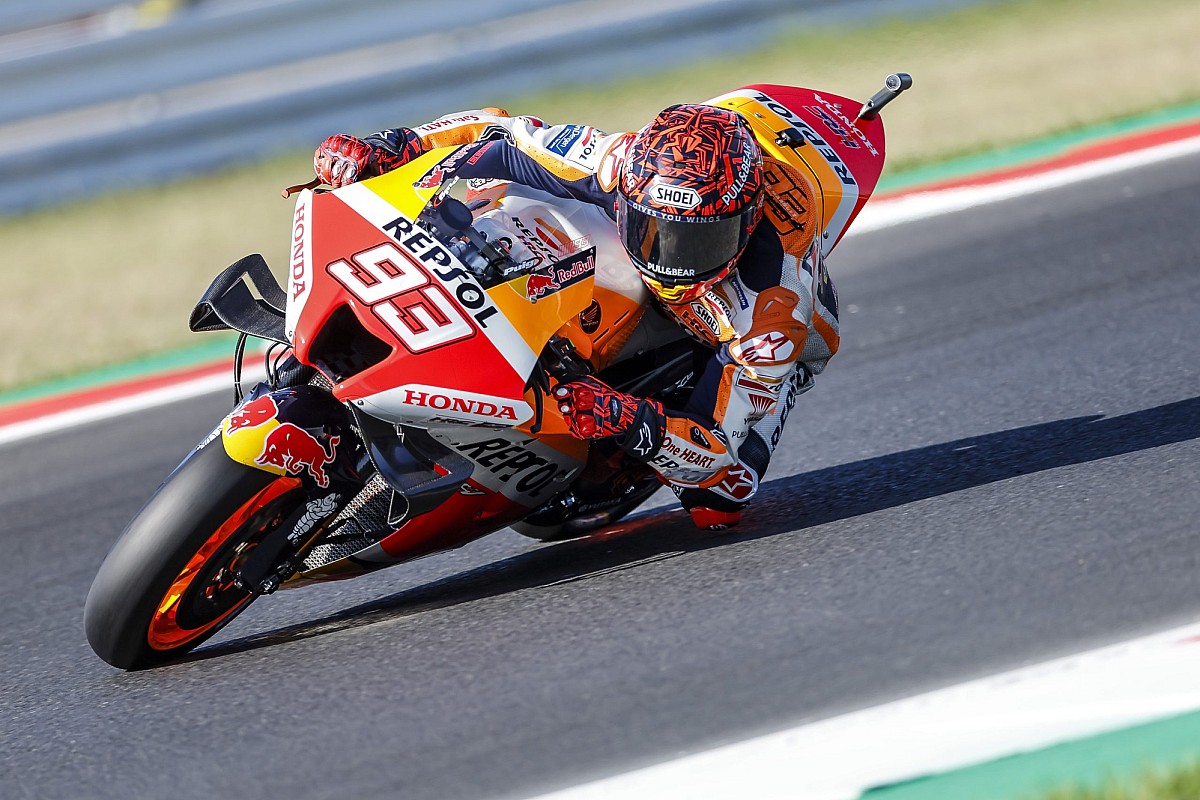 Alonso: Dutch GP was “70 laps of qualifying” in recovery to sixth


The six-time MotoGP world champion made his highly anticipated return after 100 days away, following a fourth major surgery aimed to fix his badly broken arm suffered at the 2020 Spanish Grand Prix.

Having returned to gym work in the last two weeks and motorcycle training in the last week, Marquez completed 39 laps for Repsol Honda in the morning session on the opening day of the Misano test.

The 29-year-old sat out the afternoon session as planned to allow his body to recover ahead of the second day of the test on Wednesday, and while delighted to make his test comeback he felt he wasn’t ready to race.

“The first runs I didn’t enjoy it a lot but then the last runs I started to enjoy it a bit more,” Marquez said, his fastest lap over eight tenths of a second off pacesetter Aprilia’s Aleix Espargaro in the morning session.

“Honestly speaking, I was suffering more than enjoying it on the first day.

“It is like this, even if you do a normal pre-season and the first day in Qatar you struggle because these bikes are so powerful and you can be very fit but the bike is different.

“Today I went out and everybody was super-fast because they are coming with another rhythm and from a race weekend, but I was concentrating on my way, the way to ride the bike, and on my position on the bike. It wasn’t bad, so tomorrow we will try to do another step.

“I rode on my instinct. After 100 days you are riding by instinct, you don’t know how you are doing but the lap time was not bad. But it was not the most important thing, the most important is that these laps today, my body and my arm is in a good way.

“I was doing very short runs because long runs, still we need to work quite a lot, and I was touching the arm and shoulder because the muscles were for one-and-a-half years working in a different way. The muscles are working now in the proper way but are not ready to hold all the torque and power of the bike.”

Marquez still feels it is too early to predict when he’ll be fully fit for a MotoGP race return and will use tomorrow’s track time and his recovery later this week to assess his condition.

“If I feel a step, or maybe sometimes after a big effort you go one step behind because you start to feel some pain. I’ve got to understand the body and what it is asking for.

“The bone is 100% fit, so the bone feels perfect, it is more the muscles. On the fractured area I don’t feel any pain but it is more all the elbow that I feel some pain and in the shoulder.

“But in the arm I feel OK, but it is true that the elbow I feel some pain and especially on the shoulder on the back part, I have some pain there.”

Alonso: Dutch GP was “70 laps of qualifying” in recovery to sixth