Marc Marquez back for Austin MotoGP after latest vision problems 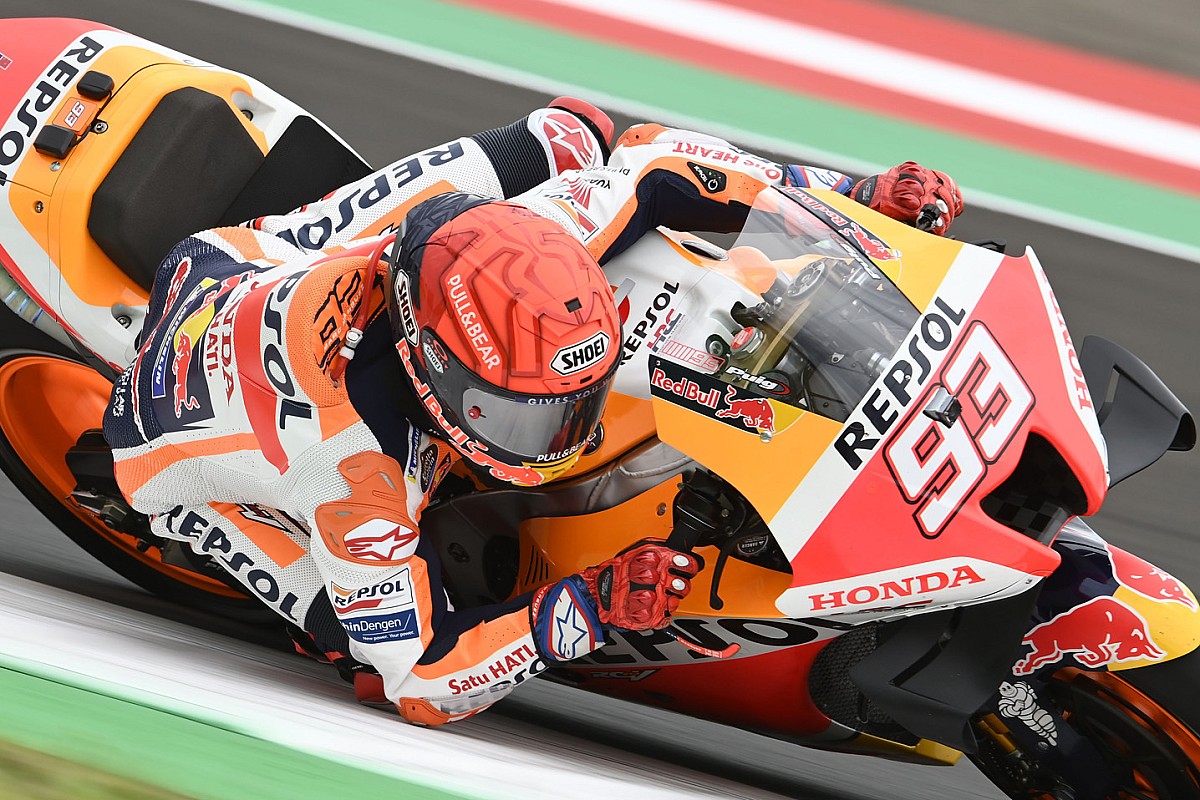 
The Honda rider crashed heavily during warm-up for the Indonesian GP last month and was ruled unfit to race after suffering a concussion.

On the flight home from Indonesia, Marquez began to experience problems with his vision and was diagnosed with a new episode of diplopia – also known as double vision.

This forced Marquez out of last weekend’s Argentina GP, but Honda said at the time his recovery was progressing well.

Ahead of this week’s fourth round of the 2022 season, Honda has now confirmed Marquez has recovered enough to compete at the Circuit of the Americas.

“Doctors have cleared Marc Marquez for a return to Grand Prix competition after his fall in Warm Up at the Indonesian GP and subsequent diplopia diagnosis,” read a statement from HRC. “The Repsol Honda Team rider has completed his conservative treatment plan and is ready to return to action at Round 4, the Grand Prix of The Americas in Austin, Texas.”

Double vision problems struck Marquez at the end of the 2021 season, when a concussion suffered during a training incident damaged a previously-injured nerve in his eye.

He was forced to miss the last two races of 2021 and was sidelined for three months while he recovered.

But his condition improved enough for him to take part in pre-season testing in February and start the 2022 campaign in Qatar.

Before last year’s problems, Marquez’s career was thrown in doubt back in 2011 when he crashed and damaged a nerve in his eye which led to him suffering from diplopia for the first time.

During last weekend’s Argentina GP, the six-time world champion’s brother Alex Marquez admitted he’d never seen him as down as he was following his latest vision problems.

Marc Marquez won last year’s Americas GP at COTA, adding to the haul of three victories he scored in his comeback season having sat out all of the COVID-affected 2020 with a badly broken right arm.

Apart from the 2019 Americas GP, when he crashed out of a commanding lead, Marquez has gone unbeaten at COTA since it joined the calendar in his debut MotoGP season in 2013.

The only other circuit where Marquez has enjoyed more success during his grand prix career is the Sachsenring in Germany.