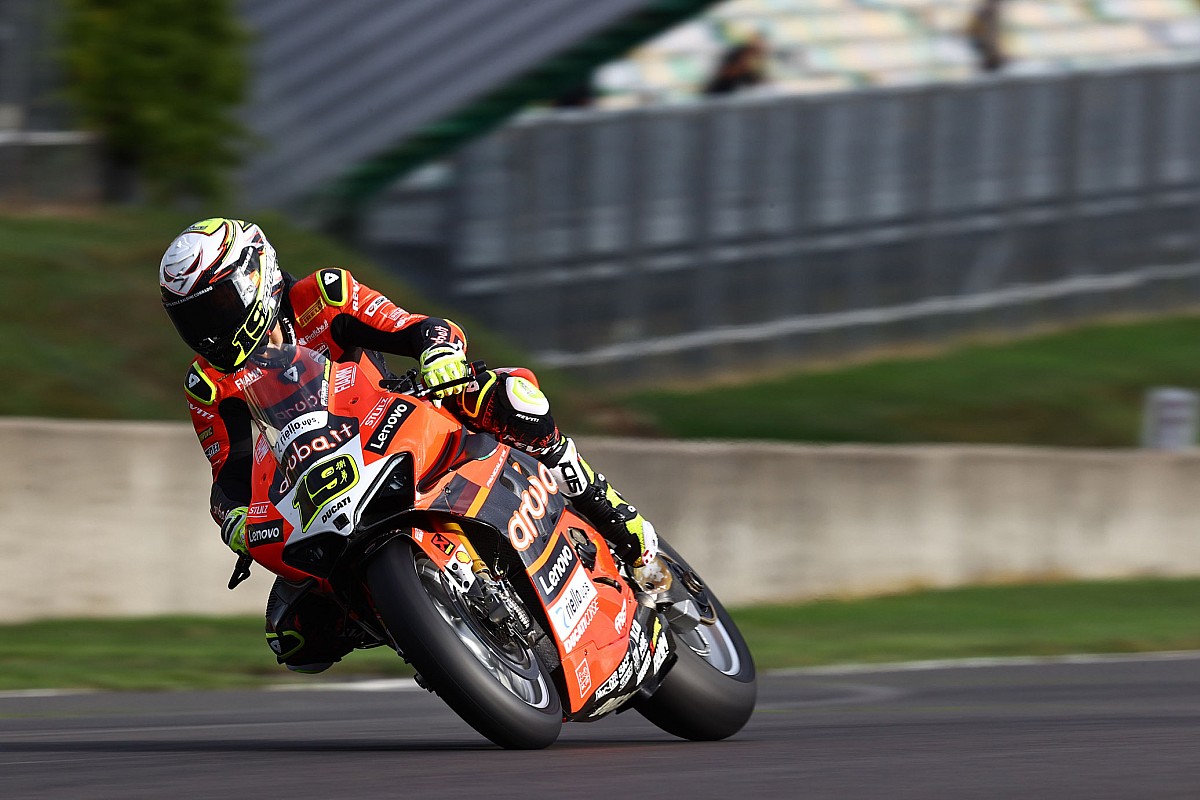 The Merge is upon us (and other TC news)

Kawasaki man Rea had started from pole and was running second Razgatlioglu when he lost the front end exiting the final chicane at the end of the second lap.

That left Yamaha man Razgatlioglu with a decent margin up front, but on the very next lap the reigning champion suffered a tumble of his own as he misjudged his braking at the Imola chicane.

BMW rider Scott Redding assumed the lead at this point, but on the seventh lap of 21 Bautista was able to pass for the top spot approaching the Nurburgring chicane, eventually easing away to the tune of 4.079 seconds.

With Razgatlioglu eventually remounting and finishing 11th and Rea ending up a lap down in 24th place, it leaves Bautista with a bumper 56-point advantage over Rea at the head of the riders’ standings.

Axel Bassani scored his first podium finish of the year aboard the Motocorsa Ducati, assisted by a crash for local hero Loris Baz (Bonovo BMW), who went down at the same point as Razgatlioglu.

Alex Lowes was fourth on the best of the Kawasakis ahead of GRT Yamaha’s Garrett Gerloff, who also scored his best finish of the 2022 campaign so far.

The second works Ducati of Michael Ruben Rinaldi had been battling Bassani for the final spot on the podium but a trip through the gravel demoted the Italian rider to sixth at the finish.

Michael van der Mark was 12th for BMW on his first race back after a long injury layoff, while Baz recovered from his crash to finish 14th.

The Merge is upon us (and other TC news)