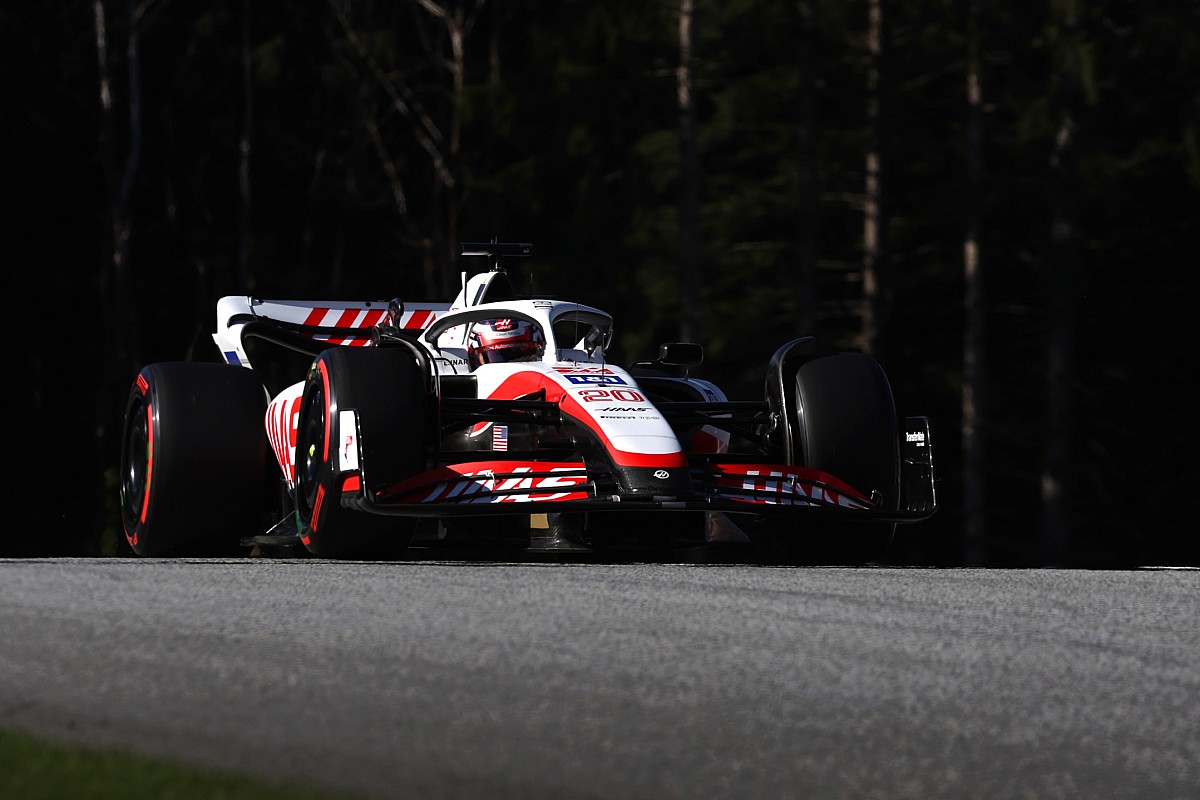 
Unlike many of its midfield rivals, Haas is yet to bring a major upgrade package for its car to a race so far this season, and may not debut it until the end of this month in Hungary.

The team bounced back from a five-race run without points from Miami to Canada by getting both cars in the top 10 at Silverstone as Mick Schumacher finished eighth, two places ahead of Magnussen.

Magnussen and Schumacher managed to reach Q3 in Canada, and repeated the feat in Austria on Friday as they qualified seventh and eighth respectively. Both gain a place for the sprint race grid thanks to Sergio Perez’s penalty.

“It’s a good car this year, it’s looked strong ever since the beginning really,” Magnussen said after qualifying.

“We’ve had some tough races and some qualifyings that were not good, but most times, we’ve been pretty competitive. We just had a bit of bad luck. Hopefully things will turn around and we can be more regularly scoring points.

“At this point in the year, to still be this competitive, it’s a little bit surprising, I have to say, and very comforting.”

The Hungary update is set to be the only major package that Haas brings to its car this season, after which it will shift focus to the 2023 car. Most teams brought major developments to the Spanish Grand Prix at the start of May, with some also having additional significant updates at Silverstone.

Schumacher agreed with Magnussen’s assessment of where Haas find itself compared to its midfield rivals, saying: “I think we’re all quite surprised, but happily surprised.

“I’m quite optimistic that even with the update that we’ll get, we’ll do another step forward, which even with the time that we have now should be the case.”

Schumacher’s eighth-place finish at Silverstone marked his maiden F1 points finish after a number of near-misses earlier this season with Haas.

“We are on a good roll, hopefully it will be that way tomorrow as well,” Schumacher said on Friday.

“We have the opportunity to score points tomorrow, which is our primary focus, let’s say. And then just be in a good position for the race where we can hopefully as well score points.”