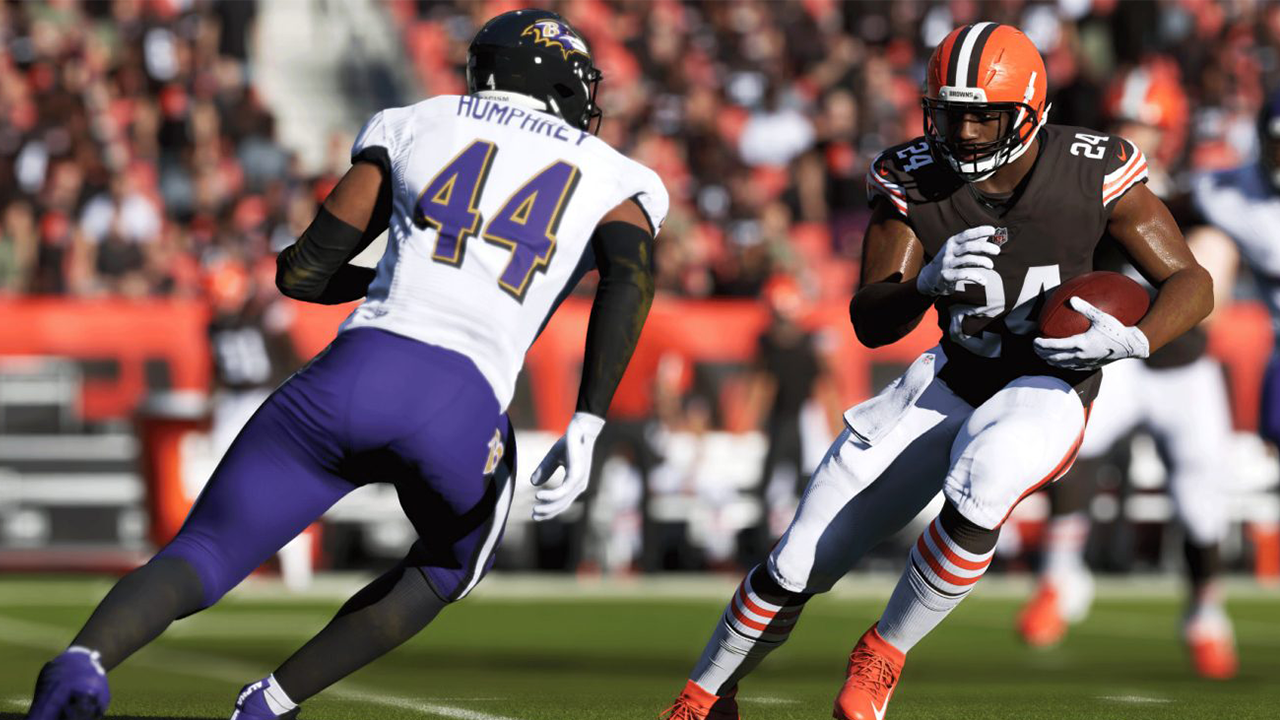 
After years of it being a sore spot for some players, EA is promising that Madden NFL 23 is getting some “serious upgrades” to its franchise mode.

EA shared the news in blog that gives deep dive into what fans can expect from Madden NFL 23’s franchise mode, including the “all-new Free Agency feature, how Player Motivations and Player Tags are bringing more authenticity to Franchise mode, Scouting upgrades that were driven by player feedback, and more.”

Free Agency in Madden NFL 23 is getting an overhaul and will add “additional evaluation periods, player motivations, and added salary cap functions” that will give players more control and options on building their teams.

The Offseason Free Agency Hub, meanwhile, is getting a full visual overhaul that aims to keep the most relevant info as accessible and clear as possible. There will also be Active Negotiations and Evaluations to shake things up a bit and put a bit more pressure on you as an owner while also giving your more control.

Active Negotiations will stagger the number of players you can offer contracts to during free agency. The first stage will only let you offer five players a contract, the second stage will up it to 10, and the third stage will remove the limits. This will make it so a few teams can’t just sign all the best players right away.

Evaluations will let three Eval Offers be made each week that will let players “accept/decline contracts or not make a final decision without the need for the week to be advanced.” This will give your team the chance to negotiate with potential players without advancing a week, which will be helpful if you need to change direction if you find a player is not interested in signing with you.

Player Motivations are another big addition to free agency in Madden NFL 23 and will see three Motivations being linked to each player. The Motivations can be anything from a player wanting to be in the chase for a Super Bowl to wanting a team with a franchise QB to simply being close to their hometown. These factors will help determine how interested a player is in signing with you, and a player who is more aligned with your team may be willing to take a pay cut to come aboard. The full list of Motivations are as follows;

There will also be Player Tags that will add effects to your team and specific players. These tags are dynamic and will update weekly depending on performance. The full list of Player Tags is as follows;

The Franchise Hub is another big focus for the team behind Madden NFL 23 as they understand you can “spend as much time off the field as you spend on the field.” Alongside making it so the hub features your team’s primary color and logo, there will be updates to the Activity Feed, Scouting, and more.

In regards to Scouting, over 50 scouts have been added in Madden NFL 23, ensuring that “every position has at least one scout in each tier with that particular expertise.” You will also be able to scout multiple positions at each stage and there have been improvements made to revealing attributes and information for college prospects.

Draft Classes will include 30 new templates that will further describe how these up-and-comers are being looked at, including Generational Prospects, 99 Club Prospects, High Variance Prospects, Specialist Prospects, and more.

These are only some of the changes headed to Madden NFL 23, and the team is gearing up to share more details on Face of the Franchise and Madden Ultimate Team in the near future.

Madden NFL 23 will be released on August 19, 2022, and you can check out our impressions of the closed beta and details on the cover star being the late John Madden himself.

Dragonheir: Silent Gods – Tell Your Own Story in This Multiplayer RPG – IGN