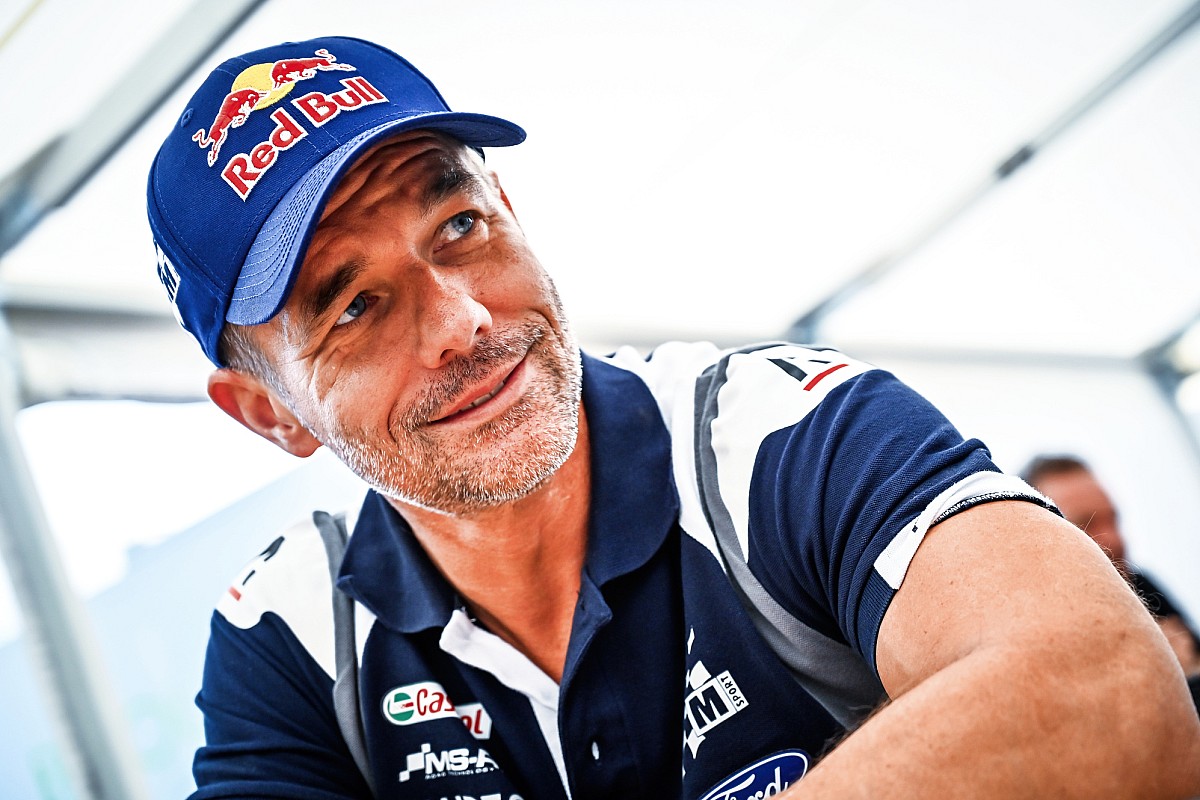 
The nine-time world rally champion returned to the WRC this year with M-Sport Ford for what was initially a one-off appearance at Monte Carlo in January, which he subsequently won alongside Isabelle Galmiche to net an 80th career WRC win.

Since the triumph, Loeb has made appearances in Portugal and Kenya with this weekend’s outing at the Acropolis Rally his fourth for the British team. It is unclear if the Frenchman will rejoin M-Sport for any further WRC events this year.

Alongside his WRC outings, the 48-year-old has this year contested campaigns in Extreme E and the new World Rally Raid Championship, driving for the Prodrive run X44 and Bahrain Raid Xtreme operations respectively. Loeb is currently sitting top of the standings in the latter.

Asked ahead of the Acropolis Rally about his 2023 plans, Loeb said he would like to contest some WRC rallies next year but ruled out the possibility of a full-time programme.

“Maybe some rallies, Dakar,” said Loeb. “I don’t have a clear proposition. For sure I enjoy WRC and I have fun, so why not do some rallies?

“I don’t plan a full season, but at the moment it’s too early to say something. I am also discussing for cross-country, but why not.”

Looking ahead to this weekend’s rally, Loeb is hopeful he can deliver a strong result on his return to the event he last competed 10 years ago, and has won on three occasions, the last in 2012.

The Frenchman’s return to M-Sport’s roster represents a boost for the Ford squad that is desperate to secure a haul of points after a disastrous Ypres Rally Belgium last month.

“For sure they [the team] hope I will do a strong result and I hope also to be in a good rhythm and to fight at the front, like all the drivers here,” he added. “I will do my best, for sure. I tried to prepare for the rally as well as possible.

“The feeling from shakedown was okay apart from a little problem which I think we solved. I try not to take any extra pressure and I would like to finish as well as possible.

“To avoid problems, mistakes and have a clean rally – that’s the target.”

It is understood M-Sport has fixed the misfire Loeb suffered in the morning shakedown.

Loeb will drive one of five M-Sport Pumas in the rally alongside full-timers Craig Breen and Gus Greensmith and part-time driver Pierre-Louis Loubet and privateer Jourdan Serderidis.

Adrien Fourmaux has made the trip to Greece but won’t compete following the damage his Puma sustained in a crash in Belgium, which left the team unable to repair the car in time for Greece.

The WRC three-peat that crowned McRae the Acropolis master