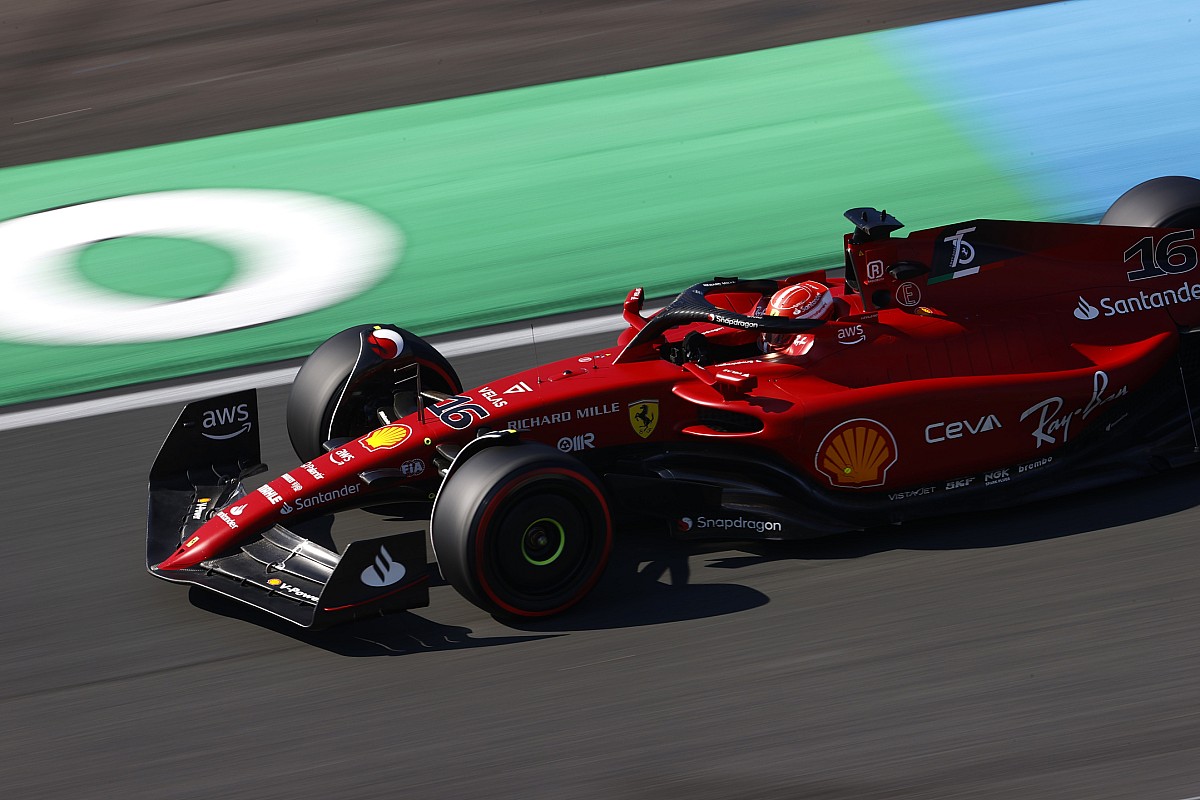 
Leclerc had led the way after the first fliers in Q3 and set an even quicker first sector time on his final run to conclude qualifying.

But he could not then even better his personal best in sector two, which ended up being costly for Leclerc as a purple sector in the final third meant the Ferrari driver wound up 0.021s adrift of pole when everything had shaken out in the aftermath of Sergio Perez’s late spin.

Speaking in the post-qualifying press conference at Zandvoort, Leclerc initially outlined a Turn 10 “mistake” as the reason why he ended up behind Verstappen and when asked to elaborate further by Motorsport.com he replied: “I’m sure nobody did the perfect lap.

“Especially in these conditions, Turn 9 and 10 are two extremely tricky corners with the tailwind there and they are much more effected than anywhere else on track.

“So, it was very tricky. And then with the balance of my car, I struggled quite a little bit in Turn 10 and I lost the rear and I lost like a tenth or something.

In response to a question asking if he was frustrated not to end up on pole, Leclerc dismissed the suggestion as “obviously you are always targeting to be on pole”.

He added: “But apart from that, looking at the gap with Max today I did not expect that coming into Q3 after the Q1 and Q2 that we had, which were much more tricky.

“But at the end in Q3 the car felt quite good, I could push.”

Leclerc also revealed how he has not “been completely at ease with the balance of the car for the last few races on the quali runs” but reckoned “today felt a bit of a step better”.

“So, it’s good and now I’m looking forward to tomorrow,” he continued.

Leclerc put Ferrari’s Zandvoort Q3 improvement – Verstappen progressed from Q2 with just a single outing while the red cars required an additional run in that segment – down to trying “different things on the out lap and at the end it was a little bit better”.

These efforts meant he was left with “a bit of a stronger front” after he had “struggled with understeer” in the previous qualifying events he had previously mentioned.

Verstappen condemns “silly, stupid” use of flares by F1 fans