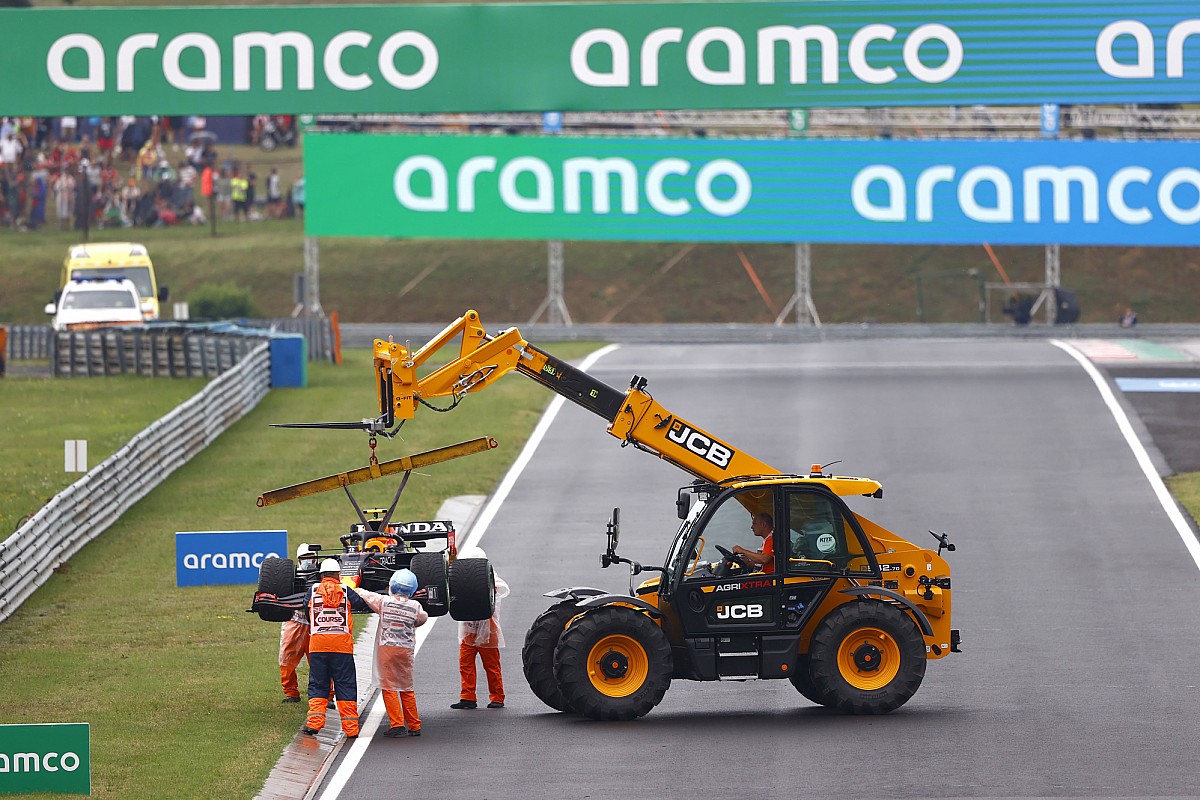 Two major incidents at the first corner led to the Hungarian Grand Prix being red-flagged on Lap 3 due to debris strewn across the track.

An initial crash saw Valtteri Bottas run into the rear of McLaren’s Lando Norris, sending the British driver’s car into the path of Max Verstappen.

Bottas’ car hit Sergio Perez, resulting in retirements for Norris and Perez. A second incident occurred moments later when Stroll tried to pass Leclerc up the inside at Turn 1 from a long way back, only to hit the Ferrari driver, who in turn sent Daniel Ricciardo into a spin.

Leclerc spun at the next corner and retired from the race, while Stroll was also eliminated. The stewards confirmed they would be investigating what happened in both incidents.

Leclerc took to Twitter shortly after the incident to vent his frustration about what happened, calling it a “bowling game”.

Norris was able to get his car back to the pits under the red flag, but McLaren found the damage was too great to keep him in the race.

“[I have] not much to say,” Norris said on Sky Sports after the collision.

“Just annoyed I guess. Lap 1, I don’t know why that has to happen, why risk doing those kind of stupid things. But nothing I can do though. Not a lot to stay.”

Norris added that he hoped the stewards would use “common sense” about what to do, noting that he had previously been penalised for “not even doing anything wrong on other tracks”.

Red Bull driver Perez called the Turn 1 incident “unbelievable” after making a good start on the intermediates in slippery conditions.

“It’s such a shame, I was already up to third place,” Perez said.

“I outbraked the McLaren and thought I was well ahead, and unfortunately Bottas did a big mistake and just ruined our race.

“I don’t know what else to say. It was all over. The engine is damaged. He went all the way into the radiator.”

Just 14 cars remain in the Hungarian Grand Prix after eight laps following a retirement for Nikita Mazepin, who was hit by Kimi Raikkonen in the pits when drivers pitted to fit slick tyres.