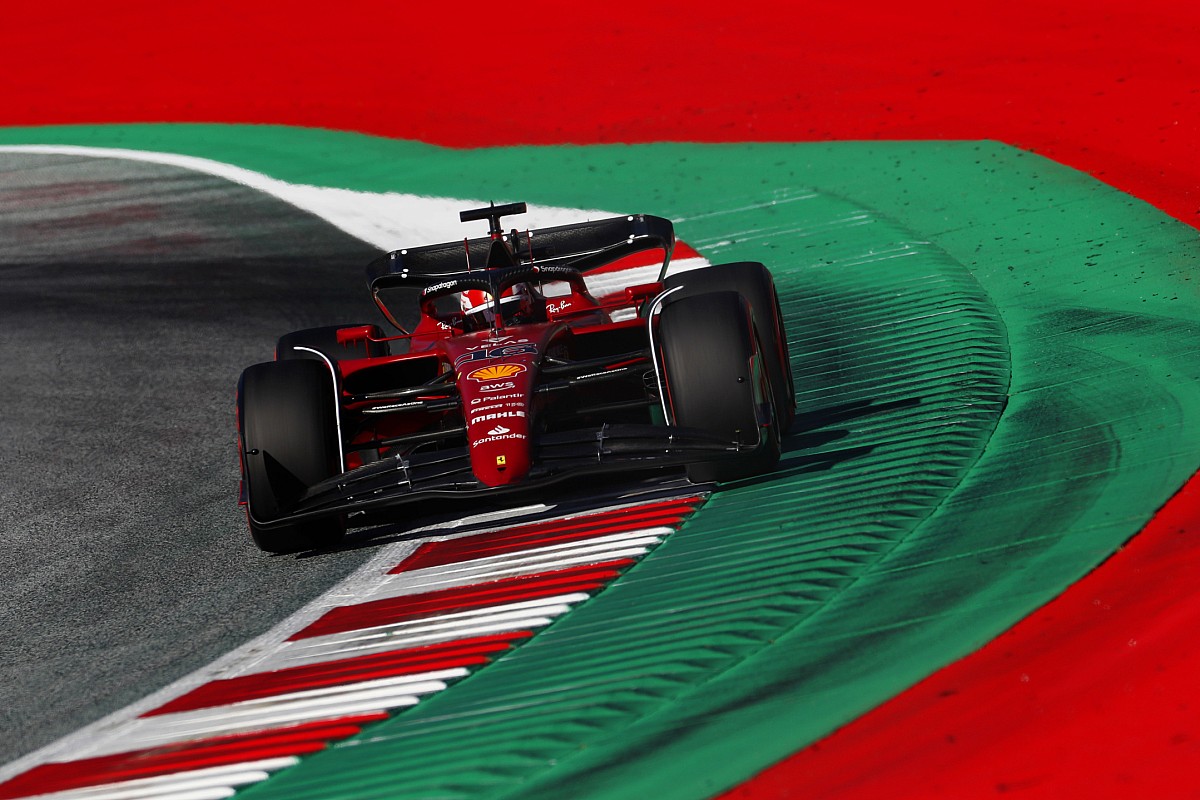 
Leclerc narrowly missed pole for the second sprint race of the 2022 Formula 1 season after a strong final sector from home favourite Max Verstappen wrested top spot in the dying seconds of qualifying.

The Monegasque driver had sat provisionally in first place after his final run in a twice red-flagged Q3, owing to shunts from both Mercedes drivers, before being eclipsed by Verstappen by 0.029s.

When asked for his mindset for the sprint race, though, Leclerc did not specifically target the win but instead touted an upturn in form.

This follows his two engine failures while leading in Spain and Azerbaijan before strategy errors that cost Ferrari possible 1-2s at Monaco and Silverstone – the latter giving cause for team principal Mattia Binotto to address his driver and attempt to quell some frustration before facing the media.

Leclerc said: “I just want to have a clean race. Obviously, there’s been five races that it’s [been] a bit of a disaster on my side.

“So, I just hope that everything will go clean, and that we can finally score the points that we deserve.”

Reflecting on the thrilling qualifying session in Austria, Leclerc said he had potentially lost out by a drop in tyre temperatures as a legacy of the two red flag interruptions.

He reckoned: “I think we are all three very, very close, so it was an exciting qualifying.

“In the last lap I struggled a little bit bringing the tyres back after such a long time in the pits.

“But Max was just a little bit quicker. So, congrats to him. Hopefully we’ll have an exciting race tomorrow.”

Teammate Carlos Sainz, who will start the sprint contest in third, similarly suffered from tyre warm-up issues that meant he found it difficult to ‘trust’ the car.

He added: “When you look back, and you see how close it is, you go back to the lap and find places where you’ve left that tenth of a second that could have given us pole.

“But I’m sure these two guys [Verstappen and Leclerc] also know more or less where they lost it or where they gained it.

“The good thing is that we put a good lap there at the end of Q3.

“It wasn’t easy because the tyres were very cold after the red flag. “Trusting the car into Turn 1, into Turn 3 wasn’t the easiest.

“I know where the lap time is. I just wish I could have done it a little bit better.”

Verstappen reckoned: “It was very long wait, of course, between the two runs. That’s never great. Once you are in a rhythm, it’s nice to just keep on going.

“There are not that many corners. But the corners you have are quite tricky and easy to make a mistake.”