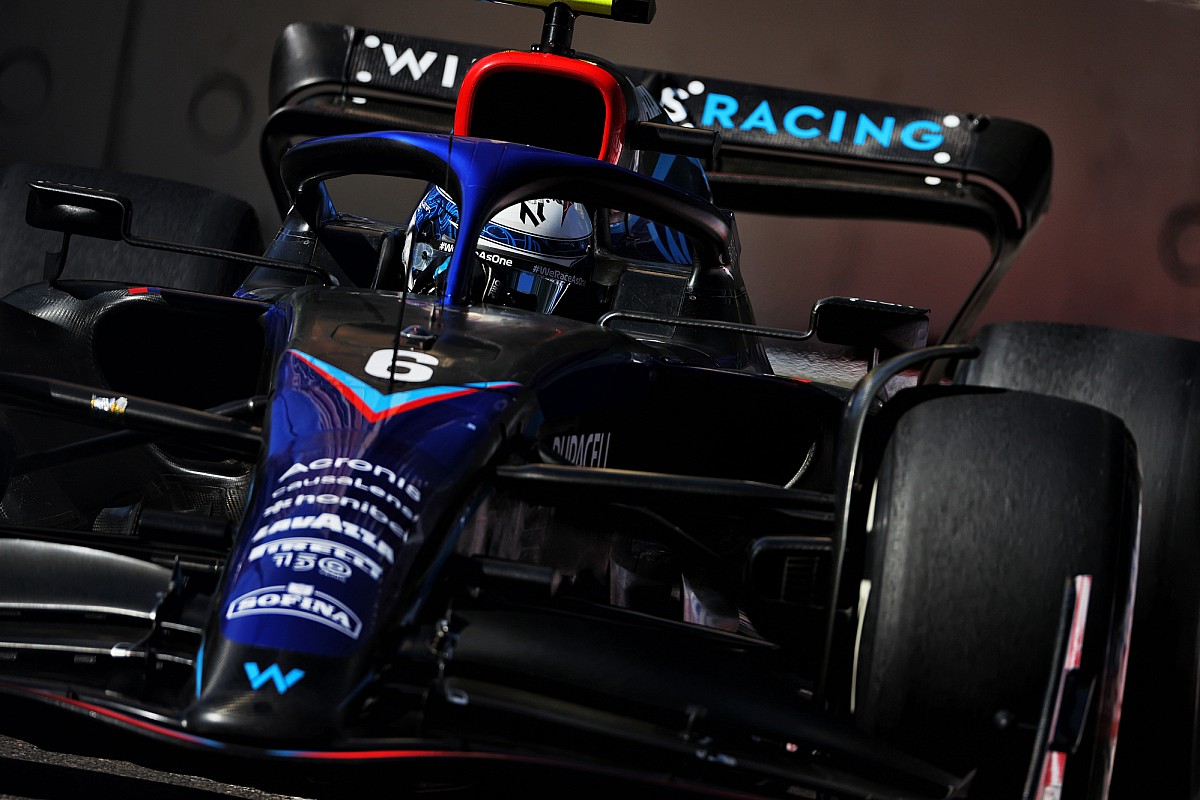 U.S. airline bookings slipped again in May with fares 30% higher than 2019


The Canadian received the penalty because a mechanic was still on the grid and made contact with the car after the 15-second signal before the formation lap.

The mechanic concerned, who was looking at his watch, initially walked away from the car after helping to push it forward.

However, he then turned around and briefly pushed on Latifi’s front left wheel to move the car back again, before patting the FW44’s nose in a gesture of good luck. In so doing he breached the 15-second rule.

That timing has been sacrosanct for years, with the FIA sporting regulations noting: “If any team personnel are touching a car or team equipment is connected to a car on the grid after the fifteen (15) second signal has been shown the driver of the car concerned must start the race from the pit lane as specified in Article 44.2.

“A penalty in accordance with Article 54.3d) will be imposed on any driver who fails to start the race from the pitlane.”

The latter article specifies that the stewards are obliged to apply stop-and-go penalty.

Latifi took the penalty immediately and was thus left far behind the rest of the field with no one to attempt to race with.

He insisted that given the apparently minor nature of the offence some leniency could have been shown.

“I guess a bit silly to get a penalty for something like that,” he said when asked about his frustrating race. “I mean, it’s not like he was changing anything on the car, like making an adjustment. He was just pushing me back, touching the tyre.

“It seems like there should be some logic or common sense or leniency applied for what the infringement was, if you could call it that. It happened. A mistake, we’re all going to make mistakes sometimes. I’ve made my fair share this year.”

Latifi admitted the penalty had ruined his afternoon that ended in him finishing 15th, last of the classified finishers.

“That obviously undid the race,” he said. “And then you get into that cycle of blue flags, getting caught by the leaders very early on, and with the pace of our car, just one to forget. A very lonely and boring afternoon.

“I was just trying to race the stopwatch, but then I wasn’t even on the same strategy as anyone else. So at some point, I was getting told the gap to Mick [Schumacher] ahead. I was [like] I don’t care what the gap is to Mick, he’s 20 seconds ahead and he’s in a faster car, so just tell me the lap times of the people I should be racing against.

“But again, I think the cars that I would be racing were on different strategies, so that became pointless as well, at some point. So yeah, one to forget.”

Latifi’s day was made even worse when he received a five-second penalty and a licence penalty point for holding up Pierre Gasly from Turn 7 to the start/finish line, while the Frenchman was trying to stay ahead of Lewis Hamilton.

Latifi insisted that having realised he’d got in Gasly’s way he subsequently was trying to help him by giving him DRS activation.

“The blue flag one, I understood I took longer than maybe in terms of the marshalling sectors to let him by, but I spoke to Pierre after, kind of telling him what I wanted to do.

“And he agreed with what I did, I just basically wanted to give him the DRS, because if I let him by a few corners before, then he was going to have no DRS, and he was going to get penalised from Hamilton catching through that dirty air.

“So I said, Okay, let me at least give him the DRS and trying to negate whatever I held him up. And he agreed. He said, yeah, you did the right thing.”

F1 drivers back penalties for triggering flags in qualifying

U.S. airline bookings slipped again in May with fares 30% higher than 2019