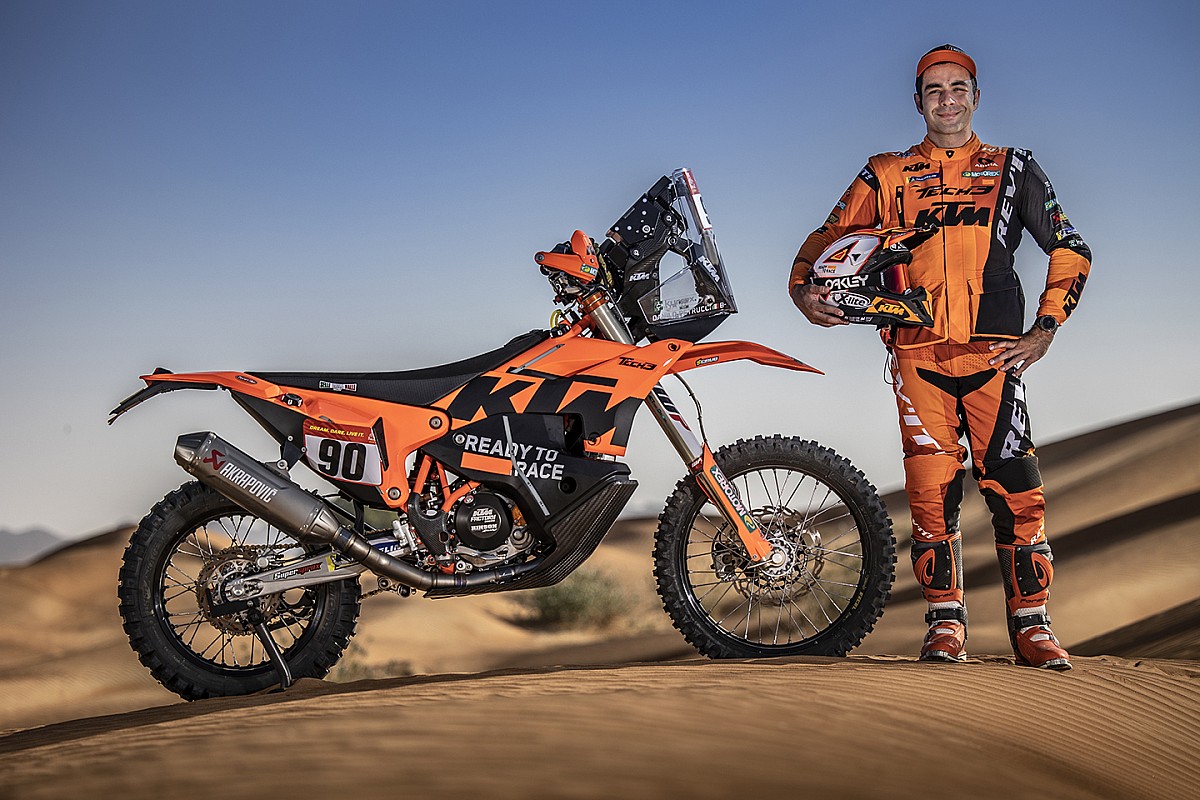 Petrucci will carry the colours of Tech 3 – the squad with which he raced for in MotoGP this year – on his KTM 450 Rally bike as he makes a switch to cross-country rallying after a career spent largely in circuit racing.

The 31-year-old has already completed a test on desert terrain under the watchful eye of KTM’s Rally Sport Manager Jordi Viladoms and will continue to hone his navigational and riding skills before his maiden Dakar attempt.

KTM said its current roster of rally riders including past champions Toby Price, Matthias Walkner and Kevin Benavides will be on hand to help Petrucci make a transition to rally-raids.

“For me it is really a dream come true to race the Dakar,” said Petrucci. “It’s an event I’ve always wanted to do since I was a child when I was watching video tapes of the Dakar Rally from the 80s and 90s.

“Now, thanks to KTM, this dream is coming true. First, I would like to thank KTM for this great opportunity; I think I will be the only rider that in just over one month has competed in MotoGP and then the Dakar Rally – so it is with great pride that I go there.

“My main target is just to finish the race and enjoy it. The first approach was to have some road book training with Jordi, he competed in the race many times and finished on the podium, so he has been great in helping me learn this special art.

“I had my first taste of riding the KTM 450 Rally recently at an initial test in the Dubai dunes, where I was with KTM’s Dakar champions and I was able to learn so much from them – it was great to see them riding, and they were super nice and helpful to me.

“I hope the training for the next month will be enough; for sure it will be a tough race, but I am excited.”

Petrucci had been considering competing in the Dakar Rally ever since it became clear his position at Tech 3 was in doubt.

Motorsport.com reported in August that KTM would be willing to support a potential rally bid from Petrucci – and this has now been confirmed with less than two months to go until the start of the 2022 edition of the event in Saudi Arabia.

“Danilo’s talent and his character means he is one of the few elite level guys that we believe can make this radical move from the asphalt to the dunes,” KTM motorsport boss Pit Beirer said.

“It’s a great story for a great guy. We want to thank him for his professionalism and all his efforts as part of the Tech 3 team in our MotoGP project and now it’s time for another ‘world’!”

KTM enjoyed an unprecedented streak of 18 victories in Dakar at the turn of the century before it was broken by Honda on the rally-raid’s move to Saudi Arabia in 2020, with the Japanese manufacturer again winning in the bikes category this year.

The 2022 Dakar Rally, the third to take place entirely in the Gulf nation, will run from January 2-14 with riders covering a distance of roughly 8,000km.

Solberg gets fourth co-driver of 2021 for Monza WRC finale