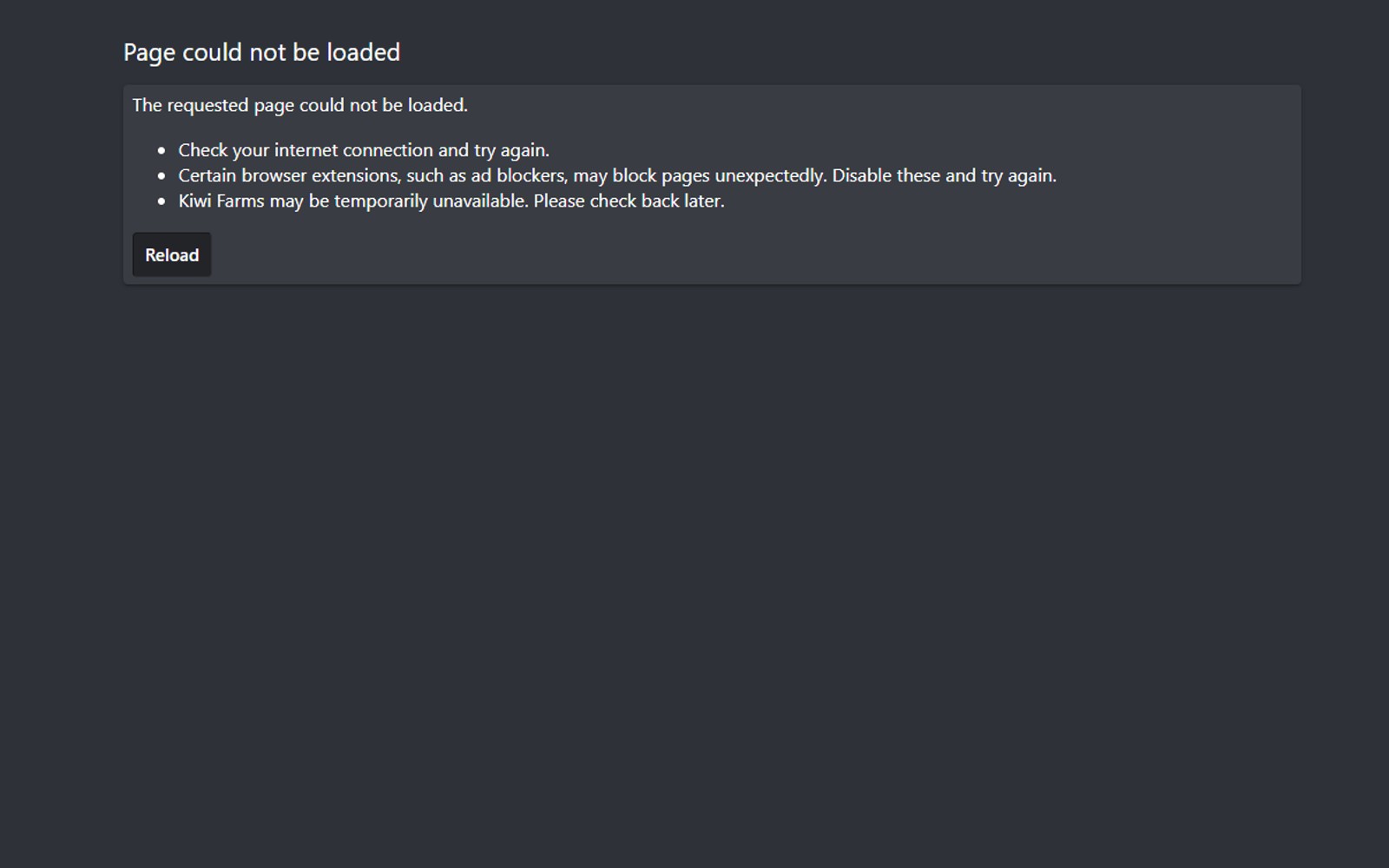 The days where Kiwi Farms is a functioning website appear to be numbered. After Cloudflare , other essential internet services, including hCaptcha, followed suit. Kiwi Farms briefly moved to a Russian domain and DDoS-Guard on Sunday, but as of Tuesday morning, visiting the website returns an error page that says it can’t load.

“This meme about Russia being a free country is a joke,” Kiwi Farms founder Joshua Moon wrote on Telegram, adding that he could not see a future where the website would be able to operate normally. Moon’s post references and , two websites that, while they continue to exist, are essentially inaccessible after public efforts to deplatform were successful.

“The campaign is over. We won,” streamer and political commentator Clara “Keffals” Sorrenti in a statement she shared on Friday. Sorrenti was a recent target of a coordinated and vicious harassment campaign that originated on Kiwi Farms and saw her doxxed and swatted. Sorrenti started the DropKiwifarms hashtag to urge Cloudflare and other critical internet infrastructure providers to drop the website. The campaign gained critical mass after published a story about Kiwi Farms, detailing the forum’s sordid past. Since its founding in 2013, at least three suicides have been linked to harassment campaigns that originated on the website.

“Many sites that have faced pressure campaigns to be deplatformed, like 8chan and Daily Stormer, are still online. They are nevertheless completely impotent,” Sorrenti said. “Whether or not we are able to completely remove Kiwi Farms from the internet is irrelevant to the fact that the goals of our campaign have not only been achieved, but have achieved more than we could have ever expected.”