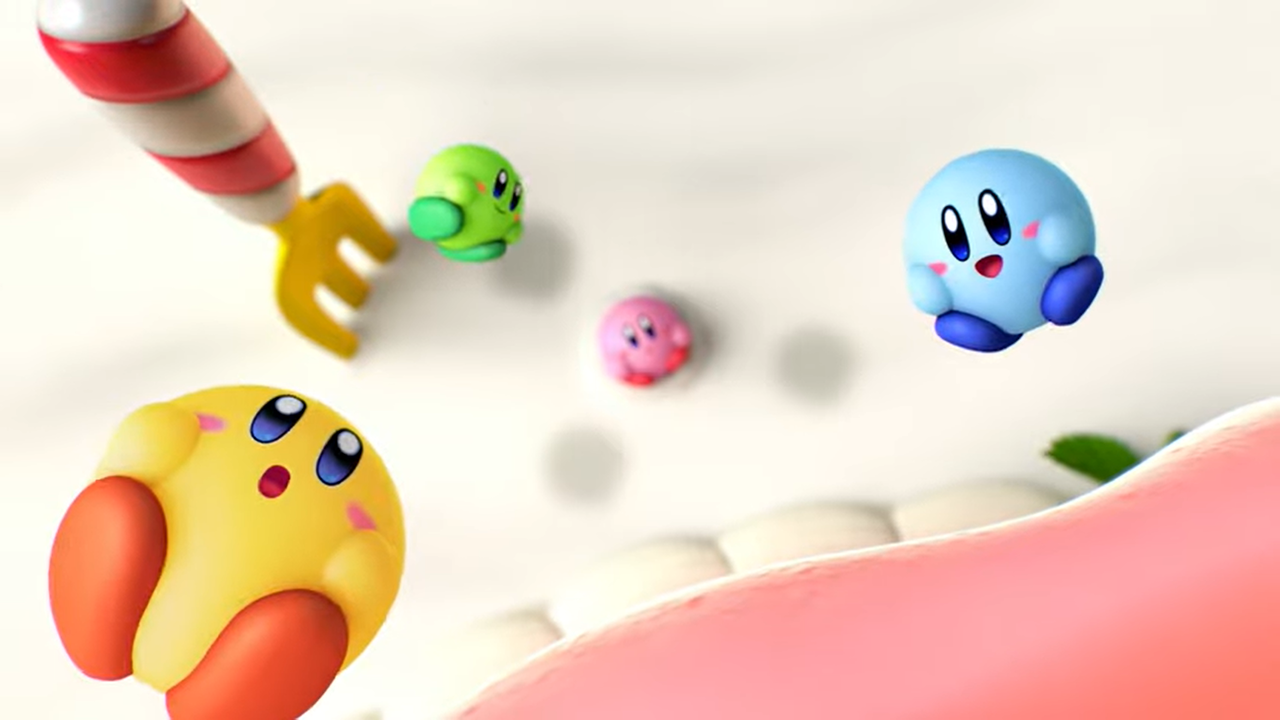 A short trailer (below) shows snippets of gameplay as different Kirbys race through bright and colourful courses in an attempt to become the plumpest Kirby in town.

“Kirby’s Dream Buffet sees a gang of Kirbys rolling through a variety of food-themed stages in four rounds of frantic multiplayer fun,” the official synopsis reads.

Nintendo’s website shared some further details, saying players can choose to race downhill against another player locally or online against other players (at least eight players were shown in one race).

It doesn’t appear to just be a race to the finish, however, as players will need to eat as many strawberries as they can on the way down. The more Kirby eats, the bigger it gets, and the faster it can roll towards the finish line, with the heaviest Kirby taking the crown. Players can also grab boxes to turn into different food items and gain certain power-ups.

This will be the second Kirby game to be released for Nintendo Switch this year, with Kirby and the Forgotten Land launched in March. Nintendo had promised a variety of other Kirby announcements were coming as the franchise is celebrating its 30th anniversary in 2022, and Dream Buffet appears to be one of them.