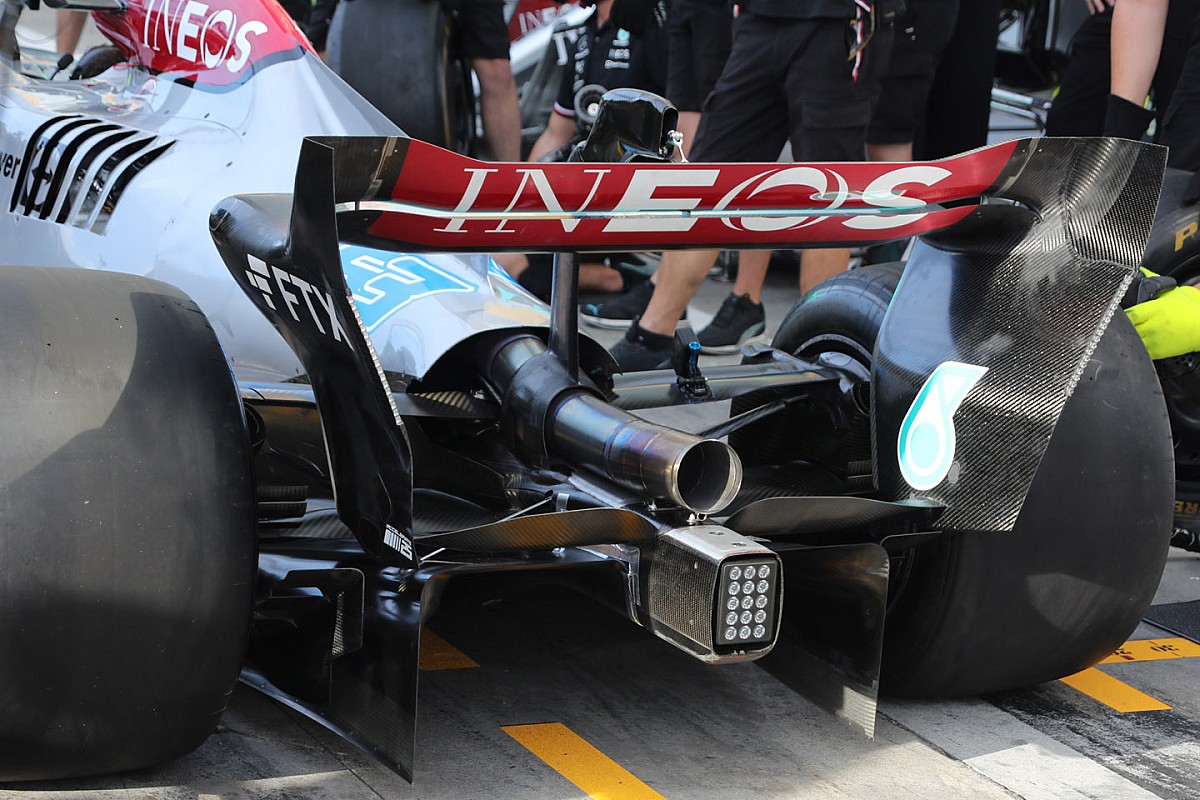 The Ferrari F1-75, which features a special livery this weekend, is prepared for action. Some of the front suspension’s inboard details are visible here, along with the front brake assembly being exposed due to the drum not being in place.

The Red Bull of Sergio Perez has been set up with a lower downforce option, owing to a section of the upper flap being trimmed back.

As the Ferrari F1-75 is prepared the gearbox, rear suspension, brakes and rear wing are detached in order that they can be worked on independently of the power unit and chassis.

A closeup of the Mercedes HPP energy store as it awaits installation in the McLaren MCL36’s chassis.

As the mechanics prepare the MCL36 for action we’re able to see various aspects of the car’s design that would ordinarily be hidden from view.

Similarly, we are treated to a view of the Williams FW44’s power unit installation, while the sidepod and engine cover bodywork isn’t in place.

A look at the internal detail of the Red Bull RB18’s bib, albeit still covered somewhat by the blower mounted beneath the chassis.

The Ferrari gearbox carrier and rear crash structure are stood on end, so we’re treated to a view of the rear suspension fairings and brake assembly from beneath.

A Monza-specification front wing for Aston Martin with a twisted upper flap at the inboard section to reduce drag, matching up with the very low downforce rear wing it plans on using this weekend and was already seen at Spa.

A look at the front brake assembly on the Alfa Romeo C42, which features an internal fairing around the brake disc, just as some of its rivals have also utilised this season.

More low downforce fare, this time for Mercedes which has opted for a trimmed version of the low downforce rear wing, although there is a small Gurney on the trailing edge of the flap while the car is being set up.

Another angle showing the low downforce rear wing option on the Mercedes W13 as the mechanics push the car into place.

And here is the rear wing from behind, which you’ll note has just a single element beam wing to help reduce drag, while the wingtip cutout is also absent in the rear wing endplate.

The Mercedes team has not installed the keel bodywork below the bib wing at this point either, giving us a view of the bib and forward stay arrangement. 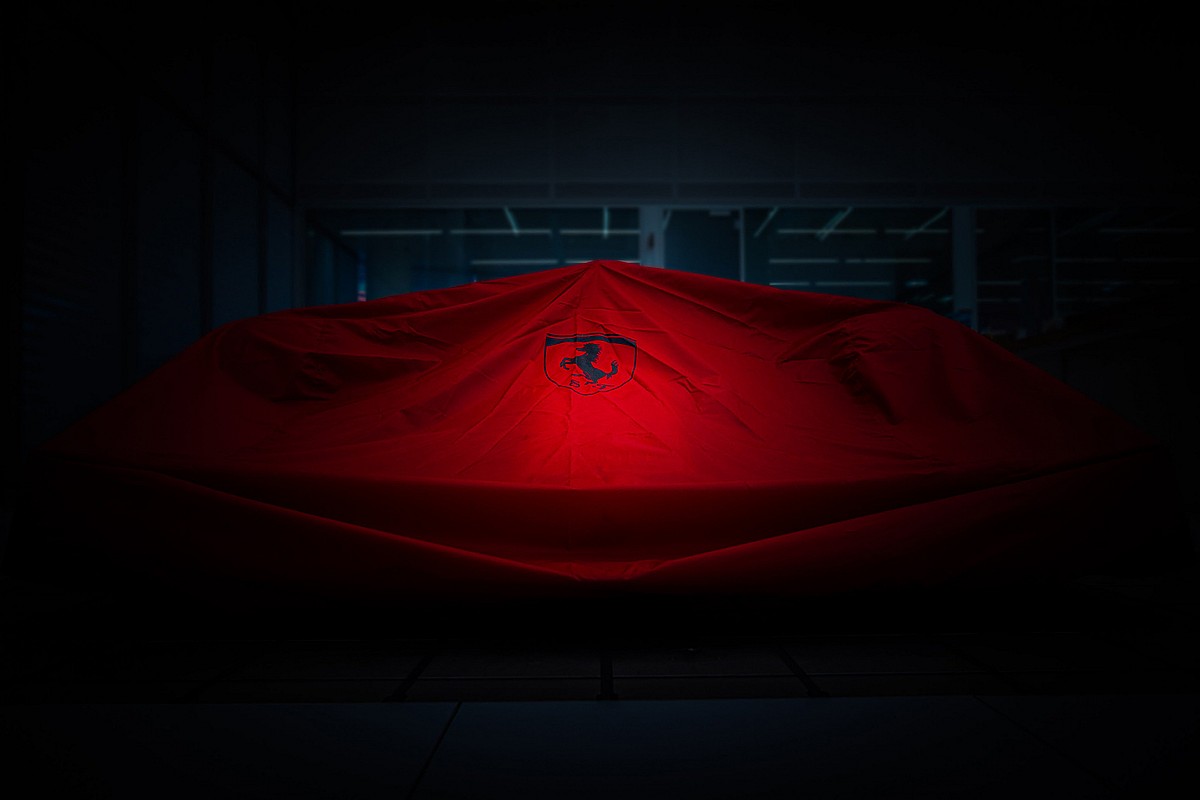 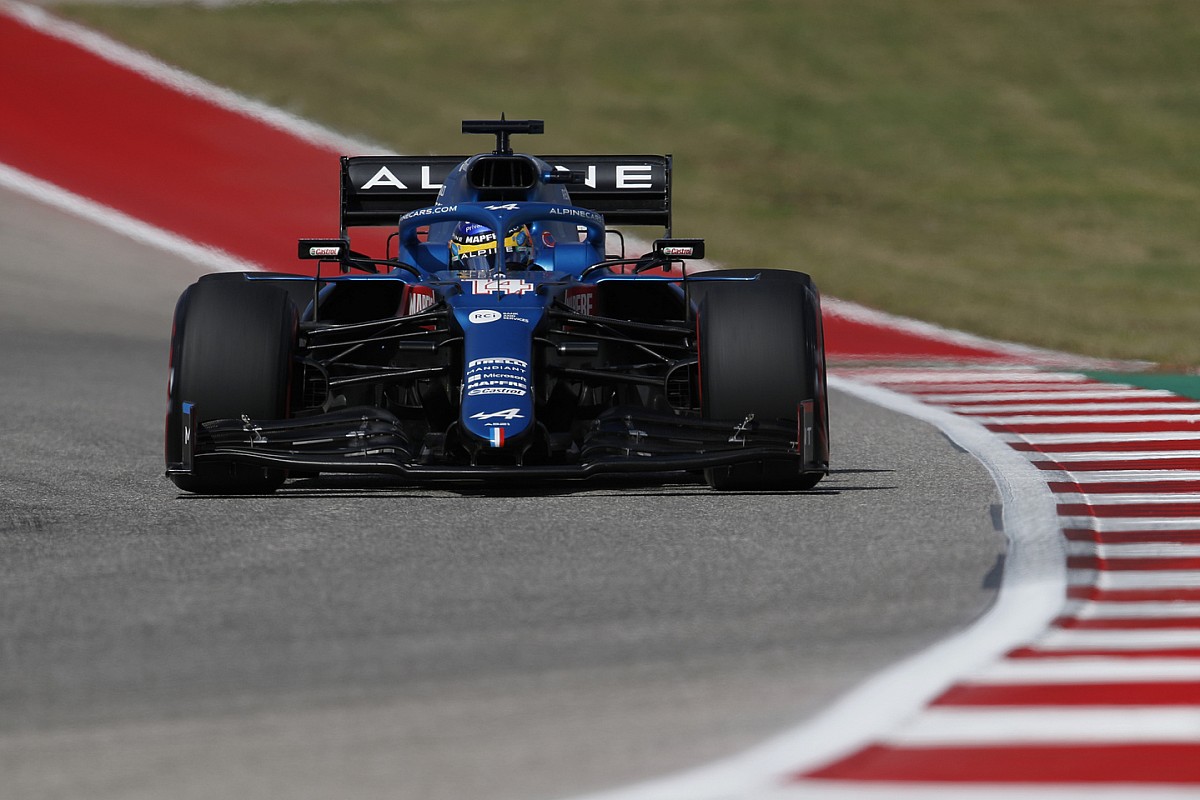 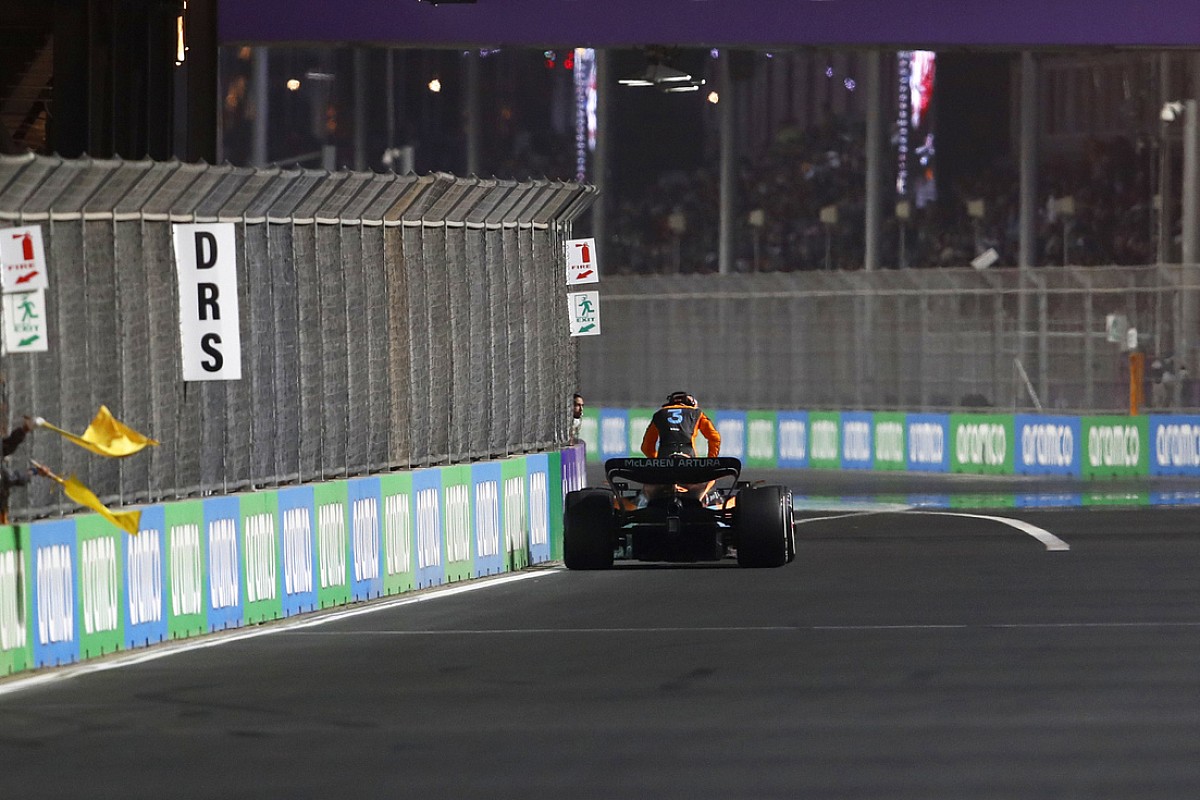 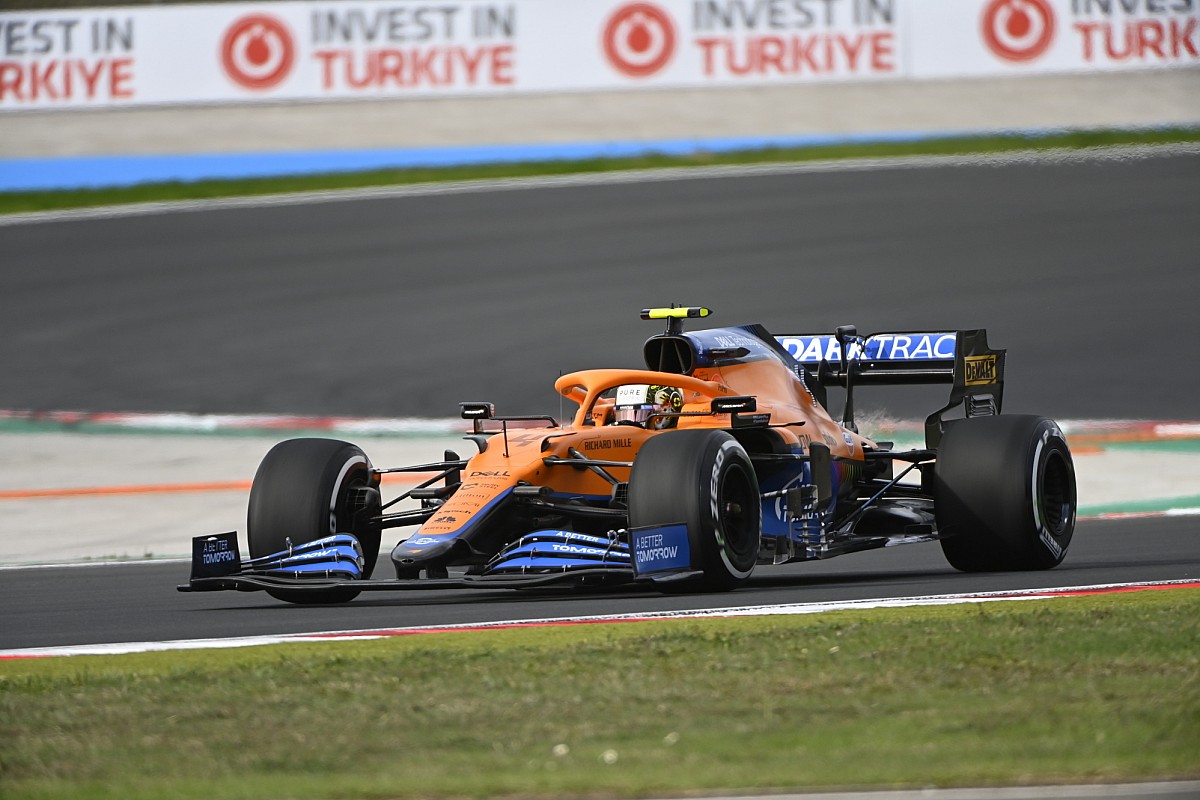