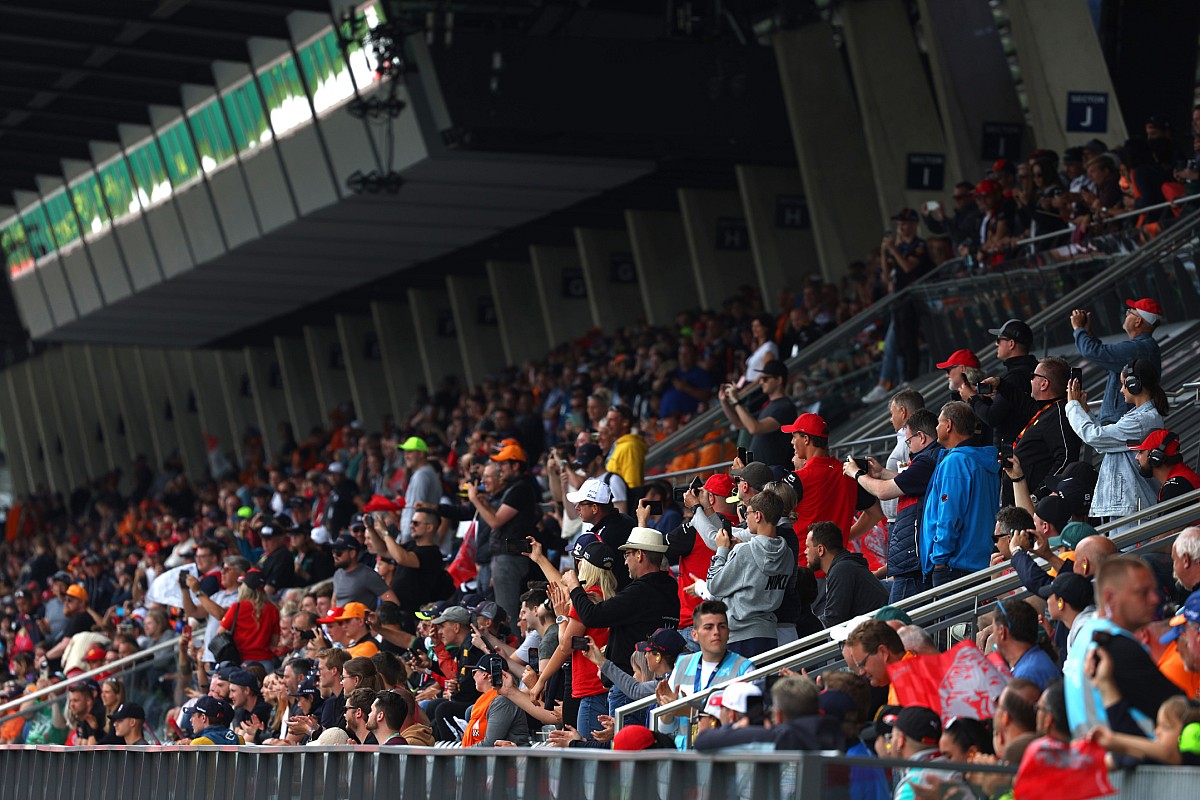 
Ahead of Sunday’s Austrian Grand Prix at the Red Bull Ring, F1 issued a statement condemning “unacceptable” behaviour after fans reported instances of sexual harassment, racial and homophobic abuse from other spectators through the race weekend.

F1 took action by installing additional security staff in fan areas for Sunday’s race, and is set to hold talks with the promoters of the grand prix about the incidents.

Hamilton called the behaviour “disgusting”, leading the condemnation from the F1 field. Reigning world champion Max Verstappen said the reports were “shocking”, while Aston Martin’s Sebastian Vettel urged F1 to give lifetime bans to the individuals responsible for the abuse.

Speaking after the race, Hamilton was asked about what action drivers and F1 could take to make a difference and help stamp out abuse, such as through the work with the We Race As One CSR campaign that F1 launched in 2020.

Hamilton felt the push for change “goes back to some of the messaging” and the need for those in motorsport to “commit more to diversity and inclusion”.

“That then reflects the direction we’re going and it also often does reflect what our fan-base looks like,” Hamilton said.

“It’s time for action. We Race as One was all good and well, but it was just words. It didn’t actually do anything. There was no funding towards anything, there was no programme to actually create change and spark that conversation.

“So, definitely [we] need to utilise our platforms. But we really have to step up and actually really start actioning some of the things we’re saying. Just saying [words], it’s not enough.

We race as one logo

Hamilton highlighted the need for more action to be taken by F1 last week in the wake of suffering racist abuse from three-time world champion Nelson Piquet Sr.

In his push to assist change in F1 by improving diversity and inclusion, Hamilton has committed over £20m to his Mission 44 scheme, as well as setting up the Ignite charity with Mercedes to give grants to underrepresented groups within the industry.

F1 itself launched We Race As One back in 2020 focusing on the response to the COVID-19 pandemic and inequality amid anti-racism activism around the world.

F1 revised the campaign ahead of this year, shifting attention to three key pillars of sustainability, diversity and inclusion, and community. The series is also funding a number of scholarships for university students, giving them a pathway to secure roles within the industry.