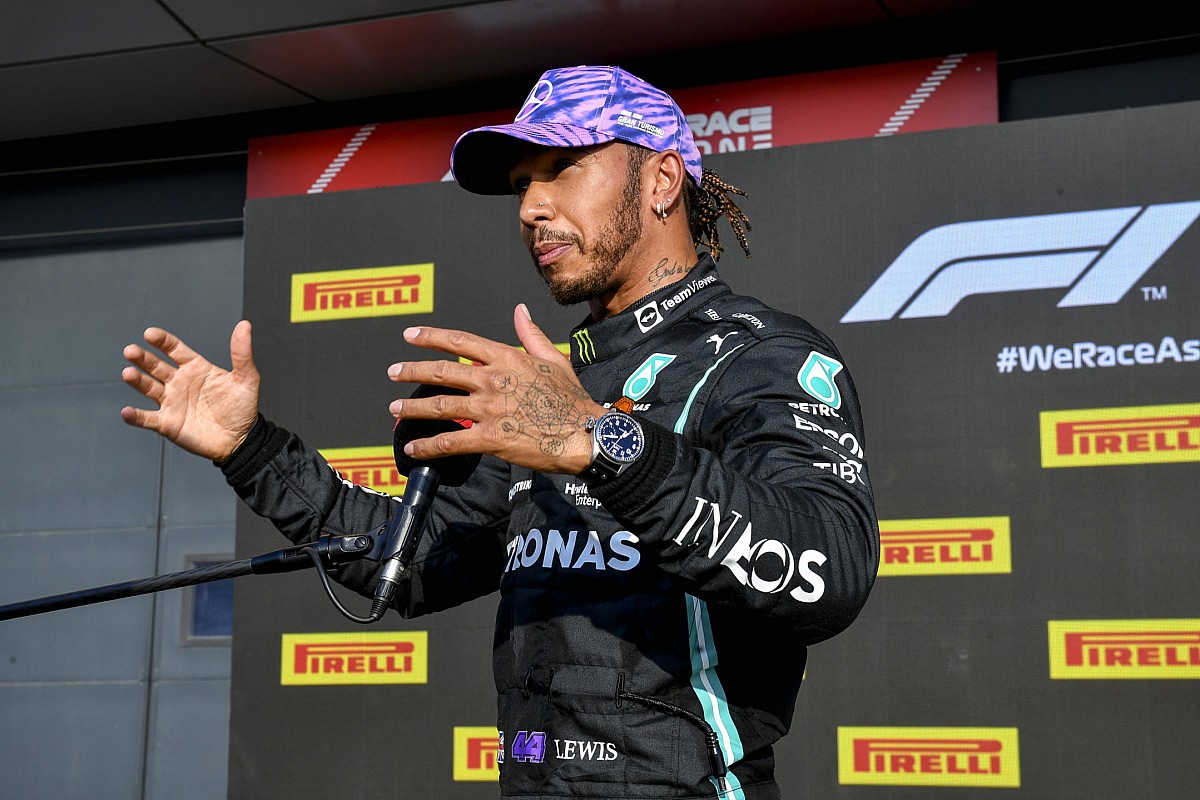 The world champion and his Red Bull rival were fighting for the lead on the opening lap of the Silverstone race when Hamilton got a run on Verstappen down into Copse corner, and darted for the inside before pulling alongside the Dutchman.

But Verstappen stood his ground around the outside, and the pair clashed, with Hamilton’s left front tagging Verstappen’s right rear.

Verstappen was pitched into the barriers at high speed in a shunt that Red Bull estimated had a 51G impact and he was later taken to hospital for precautionary checks.

Speaking after grabbing a victory in the race, despite being given a 10-second penalty for the Verstappen incident, Hamilton was adamant he had done nothing wrong.

“I’ve been giving my all this past week,” reflected Hamilton. “I’ve been in the factory just giving absolutely everything.

“I’ve been trying to uncover performance for the car with the guys and I’m so proud of everyone for just continuing to work, even though we’ve had a bit of a deficit.

“Of course, I always try to be measured in how I approach things, particularly with battling with Max. You know he’s very aggressive. And then today, I mean I was fully alongside him, and he didn’t leave me space.

“But regardless of whether I agree with the penalty, I’ll take it on the chin and I just kept working. I was like ‘I’m not going to let anything get in the way’.”

While Hamilton insists he did nothing wrong, Red Bull has been left furious about the crash, as it urged the FIA to take further action against Hamilton for the incident.

The car of Max Verstappen, Red Bull Racing RB16B, is returned to the garage on a truck under a tarpaulin

Helmut Marko, Red Bull’s motorsport advisor, said: “If a competitor massively touches our rear wheel with his front wheel, then that’s no longer a racing accident in the fastest corner of the course. That is negligent to dangerous behaviour.”

He went on to suggest that Hamilton should face the wrath of a more serious sanction, including a potential race ban.

“You can’t do that with the normal sporting code,” added Marko. “I don’t know what the maximum penalty would be, but such dangerous and reckless behaviour should be punished with a suspension or something.” 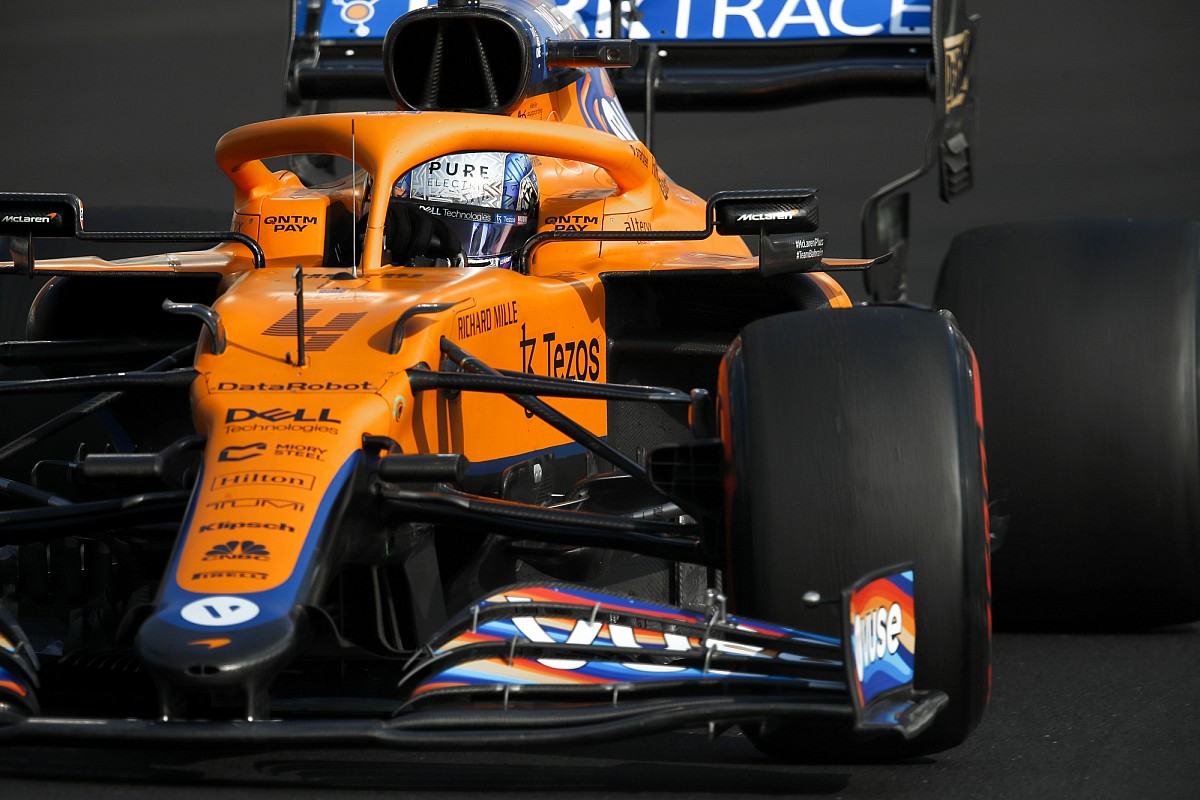 Brown: 2021 a “very successful year” despite McLaren’s drop to fourth 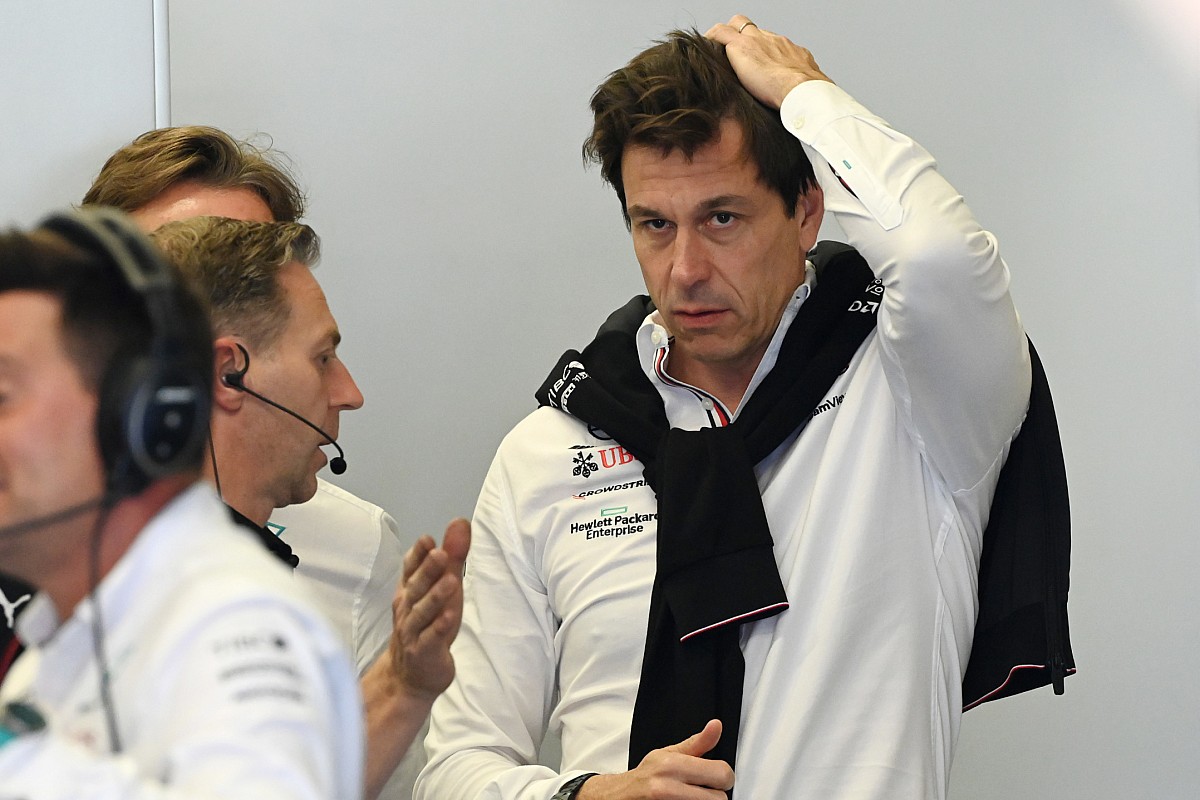 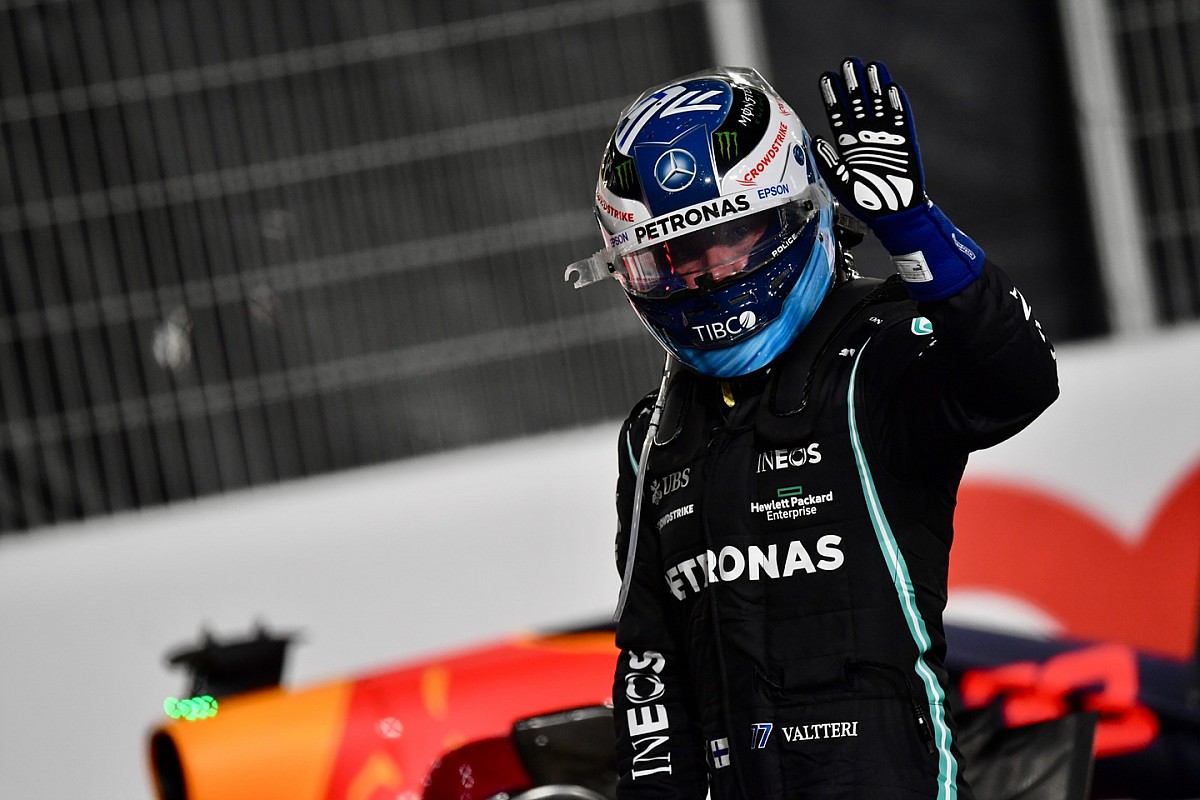 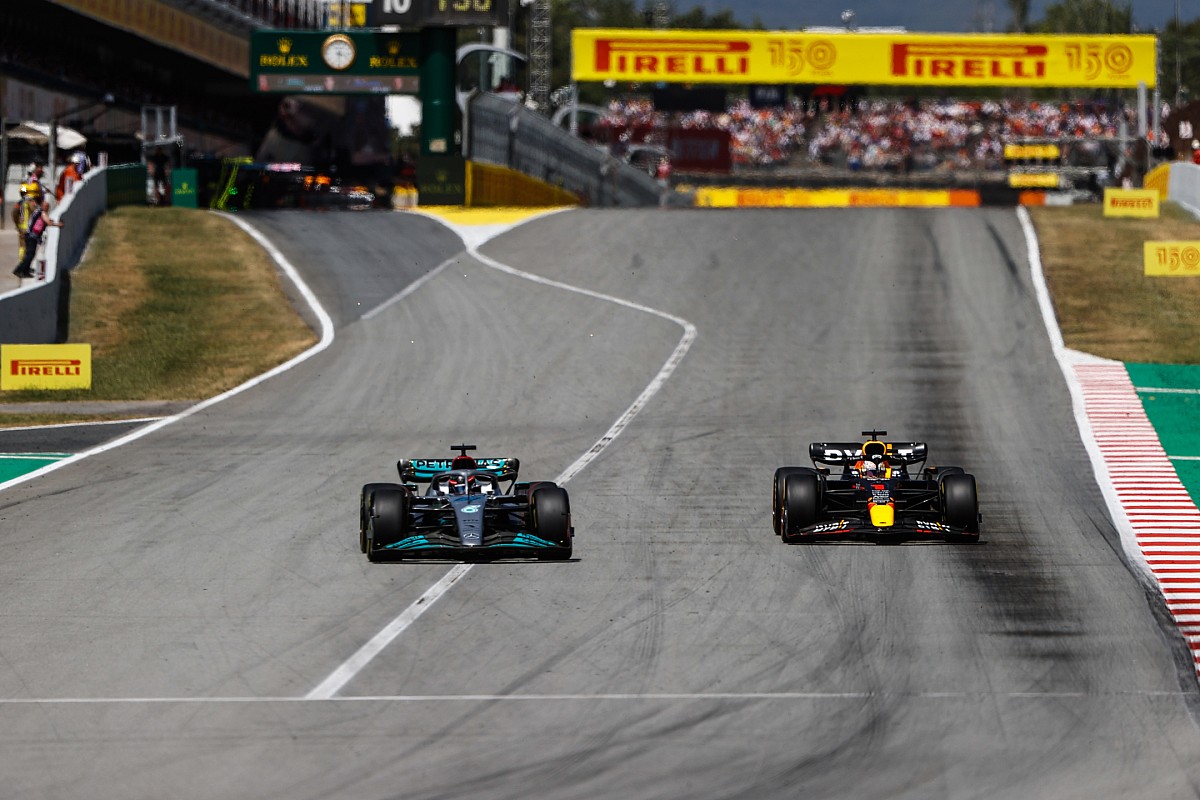