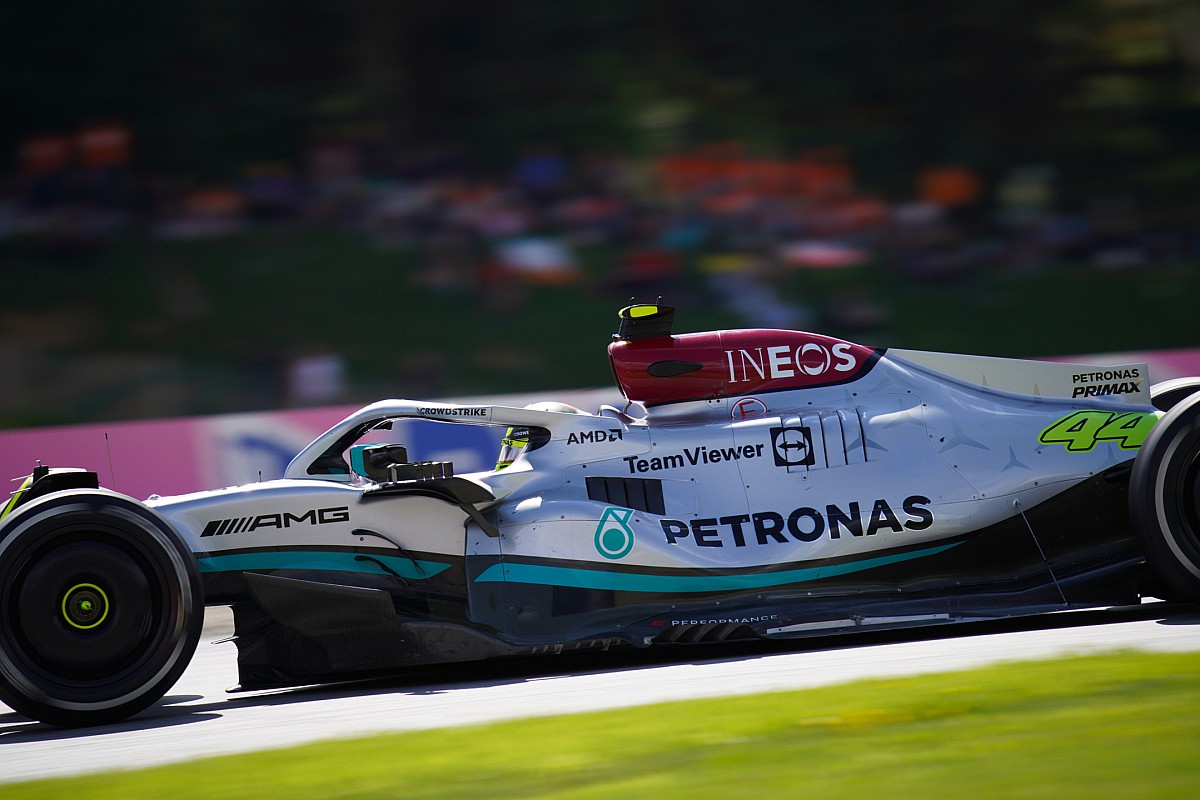 
Mercedes entered the 2022 season looking to extend its streak of eight consecutive constructors’ championships, dating back to 2014, only to find itself unable to compete with pace-setters Ferrari and Red Bull on a regular basis.

The overhaul of the technical regulations for this year led to a porpoising phenomenon that was encountered by many teams, but Mercedes was one of the worst-hit outfits.

It has limited Hamilton and teammate George Russell to just a handful of podium finishes so far this season, with neither finishing a race any higher than third.

Hamilton reaffirmed his belief that Mercedes will be in a position to fight for race wins at some point this year, adding that this current win drought dating back to last year’s Saudi Arabian Grand Prix – the longest of his F1 career – “doesn’t faze me.”

The seven-time world champion said he wanted to “think more about the journey” that was Mercedes was on, believing its struggles this year would make it stronger in the future.

“We started off not where we wanted to be,” Hamilton said. “We’ve made progress, we started to reach a patch of a bit of consistency. Not a single person in our team has given up and we’ve continued to push, so I’m really proud of the progress and the experience that we’ve had.

“Entering the season, [it’s] not necessarily the one you would ask for. But if anything, it has been a really valuable lesson learned for all of us and experience.

“I think we’ve sharpened our tools in lots of other areas, so that when we do get back to where I feel like we deserve to be, I think we will appreciate it that much more.”

Mercedes has made decent progress to address the car bouncing and unlock more performance in recent weeks, leading many including Red Bull team boss Christian Horner to tip it to impress at Paul Ricard this weekend in the French Grand Prix, aided by the track’s layout and flat surface.

Although Hamilton was wary of Mercedes’ chances, he remained hopeful it could take another step forward in performance compared to Ferrari and Red Bull.

“Every weekend we’re hoping to improve, for sure,” Hamilton said. “I really don’t know what to expect this weekend. We’re constantly making changes to the car, the aero surfaces and things like that, so I’m hoping we discover something this weekend and help us creep further forward.

“In general, this has been a decent race for us, so I hope it’s the same this weekend.”