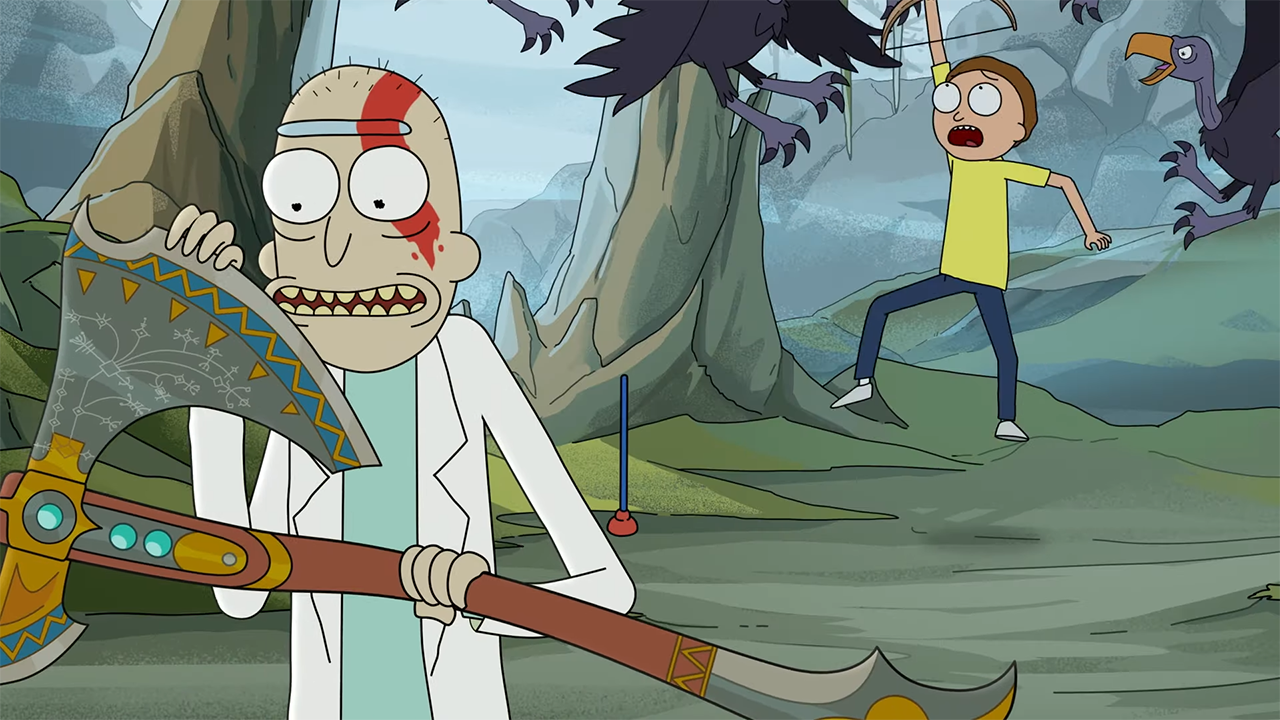 A new ad for God of War Ragnarok is a legendary crossover with Rick and Morty that sees our favorite duo travel to the Nine Realms for some hilarious fun.

The new ad was revealed on the night of the Season 6 premiere of Rick and Morty, and it begins with Rick shaving his head and putting red paint on his face to look just like Kratos before he and Morty travel to the world of God of War Ragnarok.

Rick quickly opens a chest and finds Kratos’ Leviathan Axe and “other unannounced upgrades,” but he refuses to help Morty when he is attacked by a flock of birds as he doesn’t want to get blood on the axe.

Rick also finds a boat and tells Morty that he will have to row as he has the important job of making sure the Leviathan Axe doesn’t get wet.

As previously mentioned, Rick and Morty’s sixth season has finally arrived and you can check here to see how you can watch it. Also, while you wait for our review, be sure to take a look at our picks for the top 15 Rick and Morty episodes of all time.

As for God of War Ragnarok, Kratos and Atreus’ new adventure is set to begin on PS5 and PS4 on November 9, 2022.

To learn more, check out how the new game is adding even more attacks through an underused button and everything else we know about God of War Ragnarok.