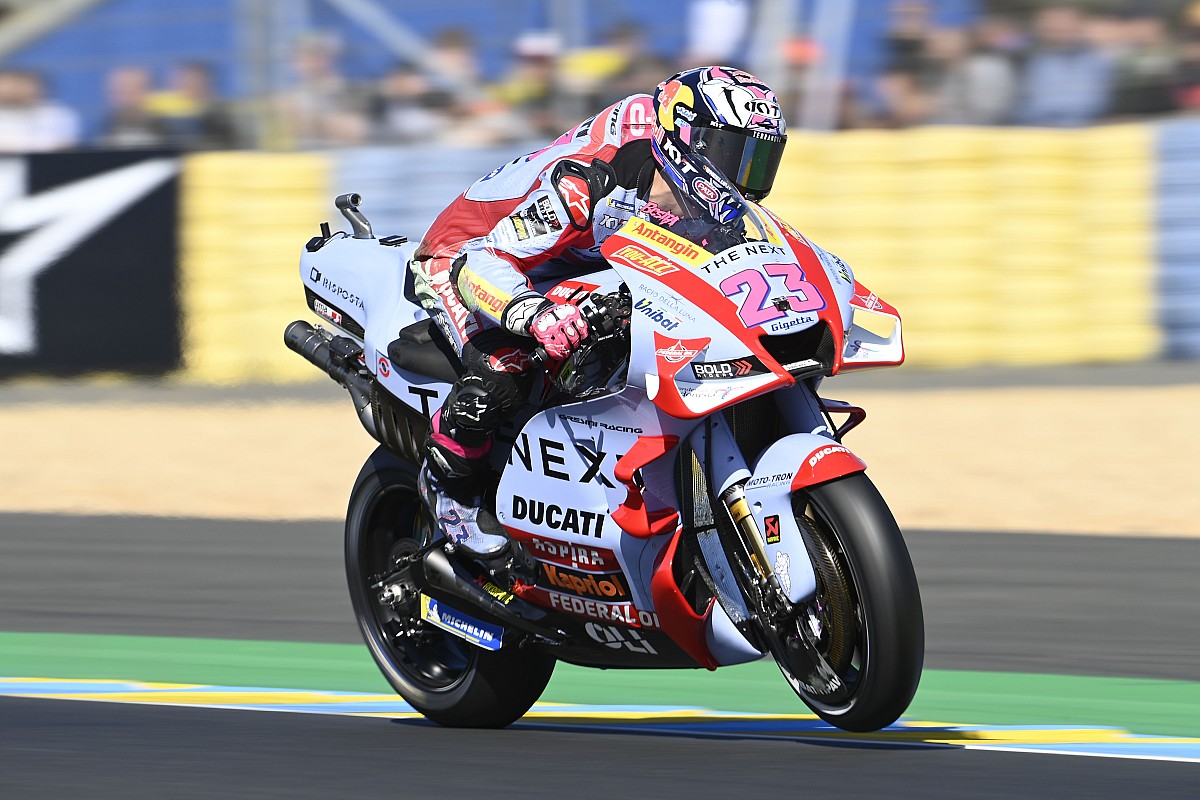 5 things to know before the stock market opens Friday

As was the case this morning, Suzuki’s Alex Rins set the early pace with a 1m32.192s at the start of FP2 as most of the field went out on the medium front and rear tyres.

A few moments after Rins had gone top of the order, teammate Joan Mir crashed on the way into Turn 7 and smashed up one of his Suzukis.

The 2020 world champion walked away from the spill and would return to the action on his second bike later on.

As Mir trudged back to his garage, home hero Fabio Quartararo went fastest on his Yamaha with a 1m31.991s.

This wouldn’t stand as the benchmark for long, however, as Ducati’s Francesco Bagnaia edged ahead with a 1m31.635s just a few moments later.

Thus entered a brief lull period on the timesheets, with Bagnaia going unchallenged as Pramac Ducati counterpart Johann Zarco survived a terrifying off going through the fast Turn 2 right-hander.

The Frenchman was forced to sit up as he went through the turn and had to go through the gravel – emerging up at Turn 3 as he briefly went both wheels off the ground re-joining the track.

As the session entered its final five minutes, the field switched to soft rubber for a time attack run.

Aleix Espargaro on the Aprilia was the first to go top of the timesheets on soft rubber with a 1m31.574s.

This was beaten by a lap from Bastianini initially, but a crash for VR46 Ducati rider Luca Marini meant the time was scrubbed due to it being set under yellow flags.

But on his final lap, Bastianini produced a legal 1m31.148s to narrowly beat the all-time lap record to end Friday fastest of all – though did conclude his session with a crash up at the Dunlop chicane.

Espargaro was his nearest challenger, 0.202 seconds adrift, with Alex Rins completing a strong day for Suzuki in third ahead of Zarco and Bagnaia.

Quartararo was shuffled back to sixth at the chequered flag ahead of KTM’s Brad Binder, Mir, Pramac’s Jorge Martin and Miller.

FP1 pacesetter Pol Espargaro was only 13th at the end of FP2, while Honda teammate Marc Marquez was a low-key 14th – the six-time world champion once again having a big front-end moment at the end of the session.

The 2022 MotoGP French GP weekend continues on Saturday at 9:55am local time with FP3.

5 things to know before the stock market opens Friday