Freight delay risks are out of F1’s hands, says Steiner 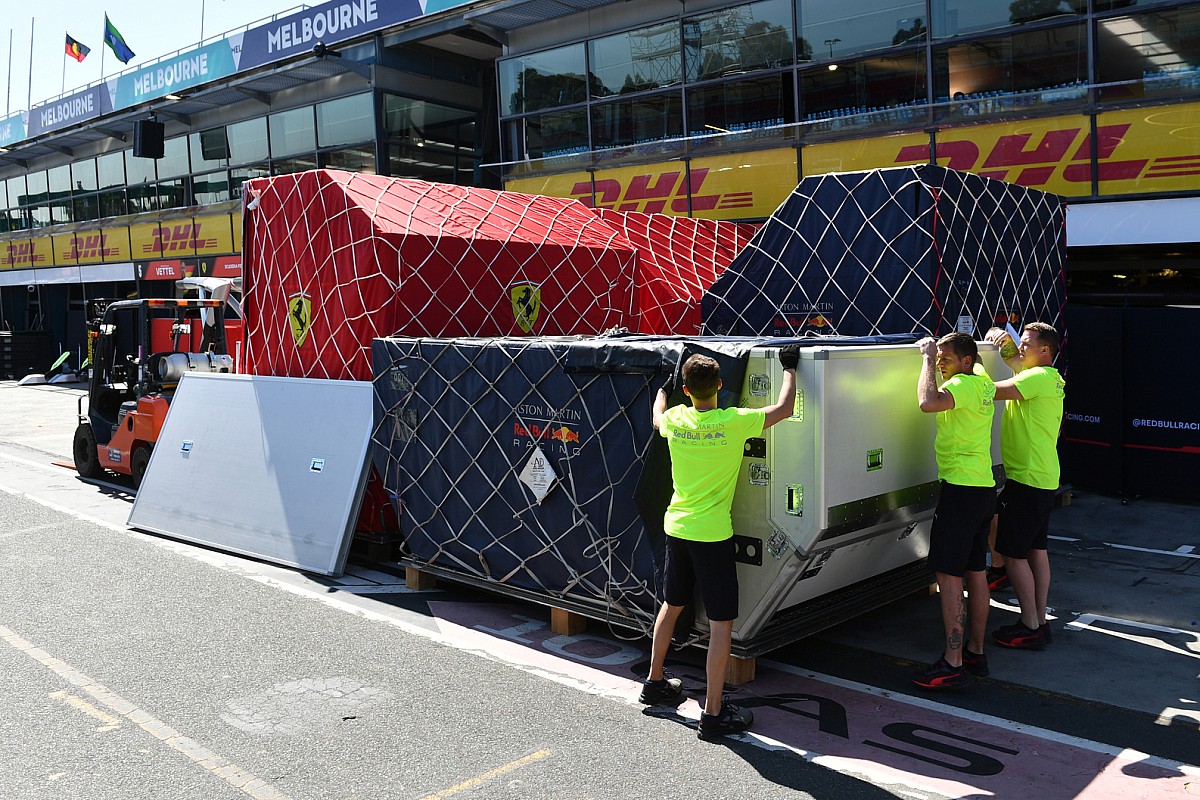 
Amid ongoing worldwide problems with the shipping of cargo, F1 escaped a near- miss ahead of the Australian Grand Prix when equipment from three teams risked not making it in time.

F1 partner DHL had to do a rescue mission to remove the freight from a delayed cargo ship and instead arrange for it fly it from Singapore.

While F1 overcame a potential issue there, MotoGP found itself having to cancel Friday running at the Argentine Grand Prix last weekend when transport planes were late arriving.

The increased disruption to worldwide freight opens up the risk that F1’s compact schedule this year could expose it to a potential slip at some point.

And while Steiner, whose team missed the start of the Bahrain pre-season test because of freight delays, says F1 is doing all it can to ensure there are no problems, he is aware that some of the situation is out of its hands.

“I think F1 takes it seriously, but it’s one of those scenarios you cannot really control,” explained Steiner.

“We all know that it’s difficult now, especially with the invasion of Ukraine. I think there’s a lot of cargo planes out of service now because of the sanctions to Russian companies, because they were running or flying a lot of the cargo planes.

“So it’s not getting any easier. And also the ships, we now know there are difficulties there.

“But it’s one of those things that are just out of [your] control. As long as you don’t get your own planes, you’re always counting on other people to help you out.

“Hopefully we can get through it and put a lot of effort in. I think in the moment, no one has got a guarantee of anything getting to the right place at the right time.”

As well as there being logistical problems surrounding the timing of freight, transportation costs have increased dramatically in recent months too.

DHL’s Vice President of Motorsport Logistics, Paul Fowler revealed this week: “There is almost a bidding war now. Rates from Europe to Asia to Europe that were pitching at about $900 (USD) a container are now about $20,000.”

The increase in costs could hit F1 teams hard, amid the budget cap era where their spending is restricted.

Steiner said F1 needs to look at the situation carefully, and potentially raise the cost cap, to ensure that teams were not caught out by busting their limits through no fault of their own.

“It’s going up, and every time we speak about it, it’s getting higher,” said Steiner about transport costs.

“At some stage we need to get into real numbers, and obviously these things you just have to manage as they come along.

“Everybody is faced with the same issue, so I think it’s a problem for everybody.

“At the end, nobody has got a disadvantage as long as everybody gets an increase and which everybody does.

“You just have to deal with it and then see how you can navigate to get to the end of the season with the budget intact and where you want it to be.”