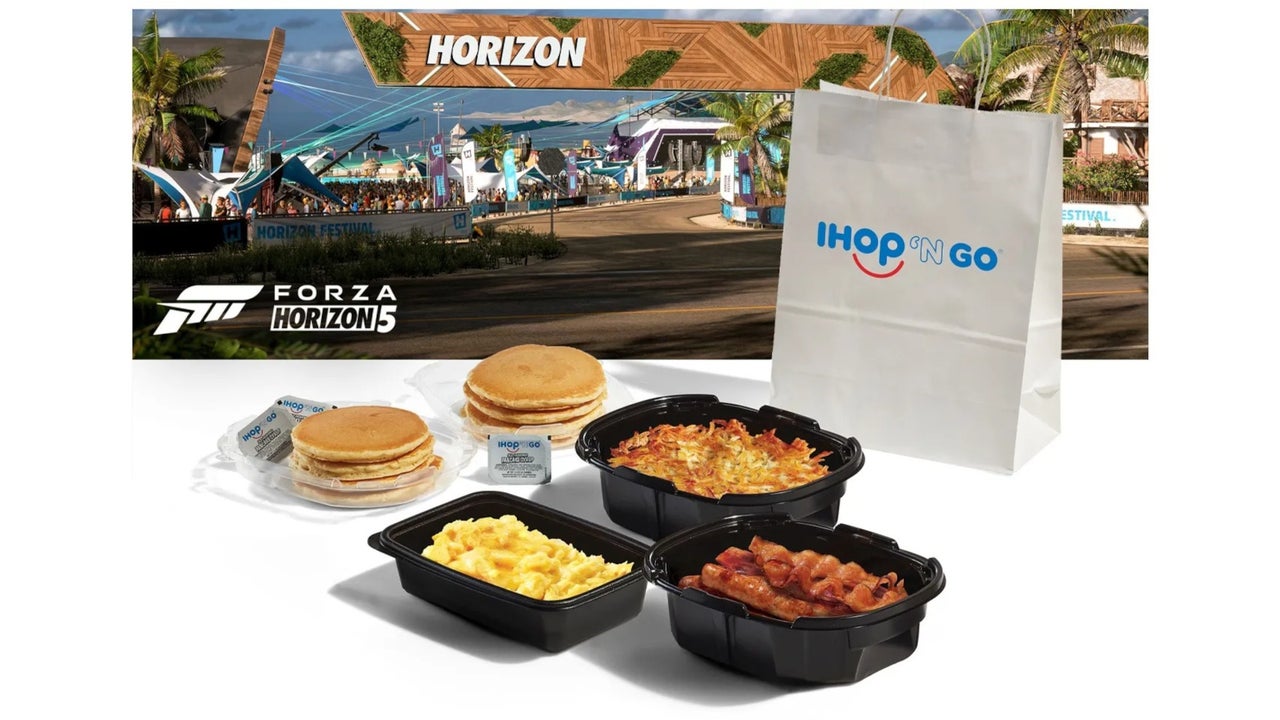 
Xbox announced a partnership with IHOP where players can redeem new Xbox-related prizes through the restaurant’s International Bank of Pancakes rewards program.

As for the kinds of rewards players can get, they include a 1-month Xbox Game Pass Ultimate trial, a full game download code for Grounded, and the Forza Horizon 5 Premium Add-Ons bundle.

Last but defintely not least is the gargantuan Forza Family Feast. It comes with four servings of scrambled eggs, hashbrowns, eight bacon strips, eight sausage links, and 8 buttermilk pancakes. However, this meal is limited to IHOP ‘N Go and is not available to order for dine-in. All of these Xbox-inspired meals can be ordered at participating IHOP restaurants until October 31.

Xbox and IHOP have also created special syrup caddies that come bundled with a bright blue Xbox Wireless Controller. Details on how to win the prize haven’t been revealed yet, but will be at a later date through IHOP’s social media.

This isn’t the first unusual collaboration that Xbox has done. Last year, Xbox teamed up with Gucci to make a special Xbox Series X that cost $10,000.