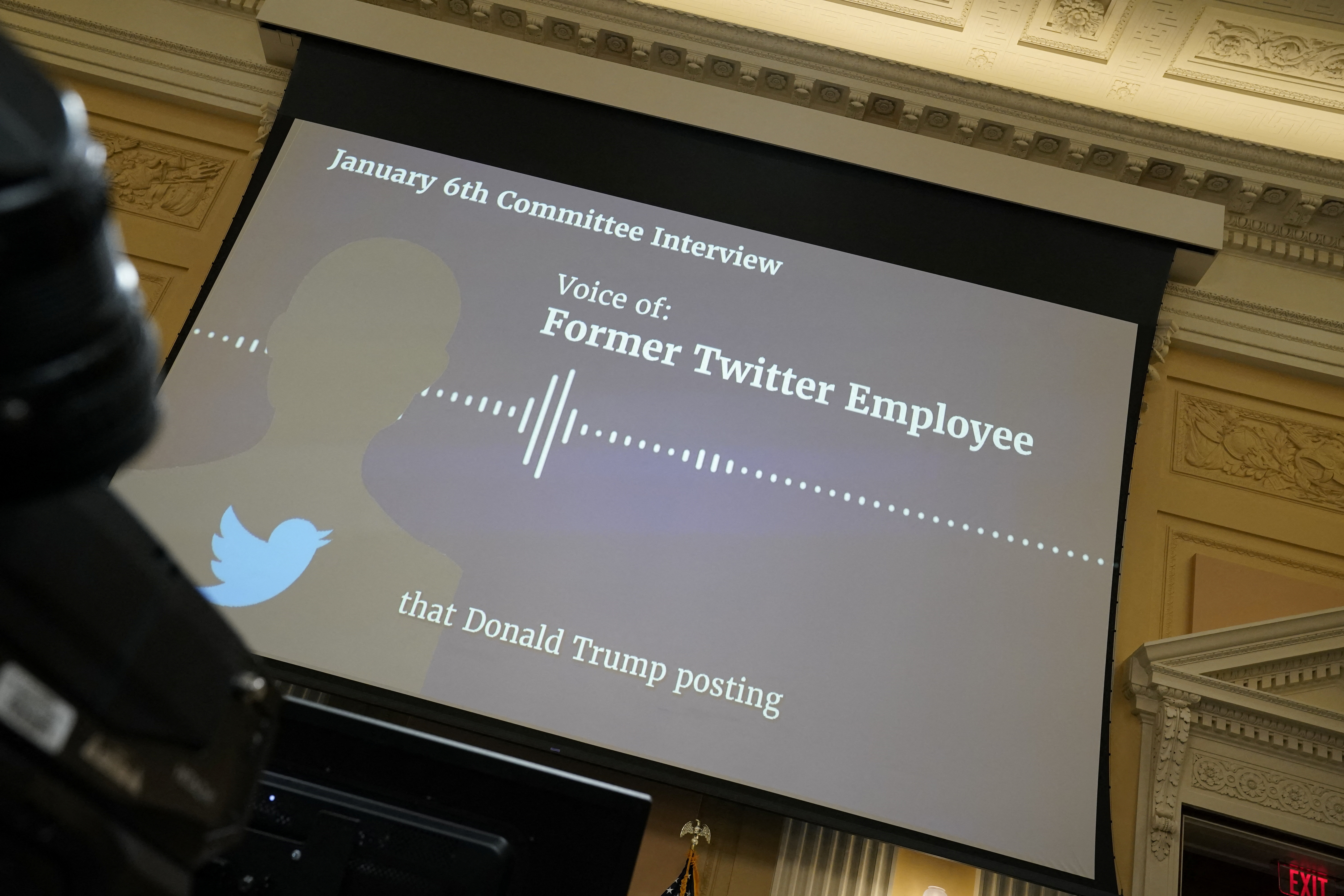 
Twitter’s role in the January 6th insurrection is once again in the spotlight. During a hearing on Tuesday, the House Select Committee investigating the January 6th attack played testimony from a former Twitter employee who said they tried to warn others at the company that there would be violence on January 6th.

The committee a December 19th tweet from former President Donald Trump in which he promised a “wild” protest in Washington D.C. on January 6th. The tweet, they said, “served as a call to action, and in some cases as a call to arms” to his supporters.

By January 5th, the former Twitter employee said that it was clear the protest would turn violent, but that “no intervention was coming.” The committee didn’t identify the former employee, whose voice was obscured in the recorded testimony. Representative Jamie Raskin said the former employee “was on the team responsible for platform and content moderation policies” and worked at the company throughout 2020 and 2021.

“I had been begging and anticipating and attempting to raise the reality that if we made no intervention into what I saw, people were going to die,” the employee said. “And on January 5th, I realized no intervention was coming.”

The employee also stated that Twitter had considered changing its rules earlier in 2020 following Trump’s comments telling the Proud Boys to “stand back and stand by” during a presidential debate, but that the company ultimately declined to do so.

When asked if another Twitter user would have been able to take the same actions as Trump without being suspended, the employee replied “no.” They stated that Twitter enjoyed the notoriety that came with being Trump’s preferred social media platform. “I believe Twitter relished in the knowledge that they were also the favorite and most used service of the former president, and enjoyed having that sort of power within the social media ecosystem.”

In a statement, Jessica Herrera-Flanigan, VP of Public Policy at Twitter, said the company is “clear-eyed” about its role in the events leading up to January 6th.

“We are clear-eyed about our role in the broader information ecosystem in regards to the January 6th attack on the US Capitol, and while we continue to examine how we can improve moving forward, the fact remains that we took unprecedented steps and invested significant resources to prepare for and respond to the threats that emerged during the 2020 US election,” Herrera-Flanigan said. “On January 6th, we leveraged the systems we had built leading up to the election to respond to the unprecedented attack in real-time and are committed to iterating on this work in order to address violent extremism in the US and globally.”