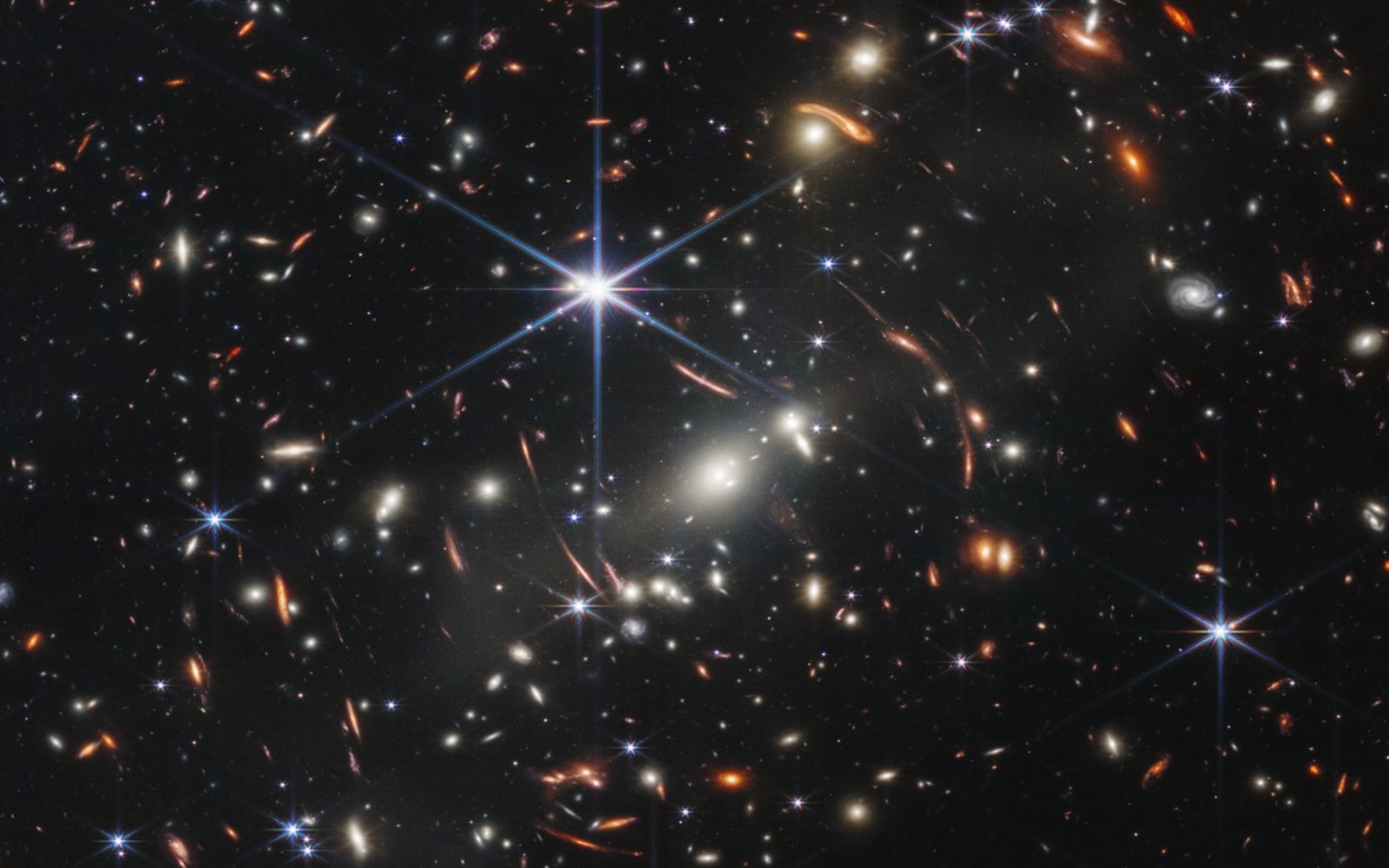 
After 14 years of development and six months of calibration, the James Webb Space Telescope is finally ready to embark on its mission to probe the depths of our cosmos. On Monday, NASA and President Joe Biden shared the first colored image from the space telescope, showcasing a look at the early days of the universe.

According to NASA, “Webb’s First Deep Field” represents the sharpest and “deepest” image of the distant universe to date. What you see is a snapshot of a cluster of galaxies known as SMACS 0723 as they appeared 4.6 billion years ago. The combined mass of all the galaxies pictured acts as a gravitational lens, magnifying the much more distant celestial bodies seen in the background. Some of the galaxies have never-before-seen features that astronomers will soon study to learn more about the history of our universe. NASA captured Webb’s First Deep Field with the JWST’s Near-Infrared Camera.

Getting to this historic moment has been a long road for NASA. When the JWST was first announced, the agency’s plan was to launch the telescope in 2007. After a redesign in 2005, NASA finally completed work on the project in and said the spacecraft would be ready to launch by 2018. In 2019, NASA completed assembly of the telescope, but then the pandemic hit, leading to further delays in testing and shipping.

The image Biden shared today is only the first of a handful of photos NASA plans to share this week from the JWST. The rest of the initial slate will arrive tomorrow morning at 9:45PM ET when NASA hosts a press conference with Webb leadership. Live coverage of the event starts at 10:30AM ET on , , and .