FIA: No backing down on F1 flexi floor/porpoising clampdown 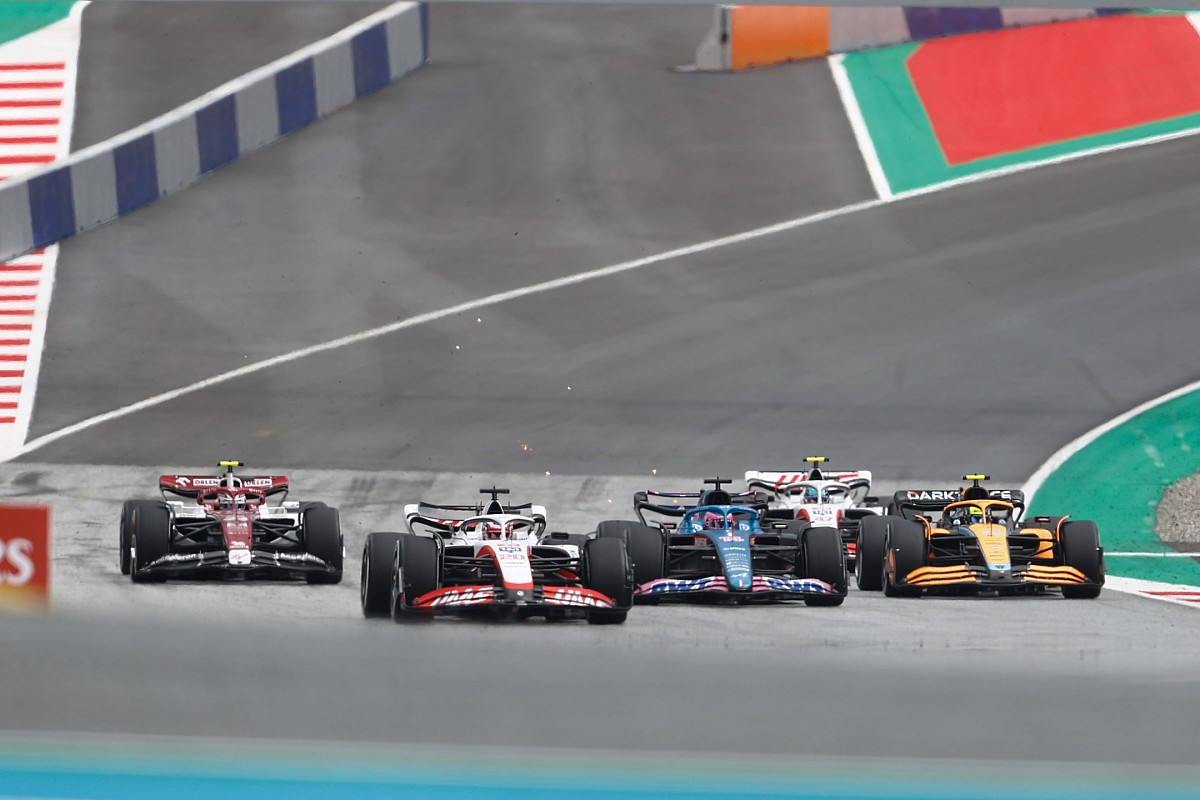 From $25 billion to $167 million: How a major crypto lender collapsed and dragged many investors down with it


In the wake of driver complains about the safety implications of excessive car bouncing, motor racing’s governing body introduced a raft of measures aimed to trying to eradicate the phenomenon.

It plans to introduce an Aerodynamic Oscillation Metric (AOM) from the Belgian Grand Prix that teams will not be allowed to exceed.

Furthermore, to ensure that the AOM applies to all competitors equally, the FIA is also introducing measures that will outlaw tricks some outfits are understood to have played in flexing their floors and planks for better performance.

While some teams have welcomed the FIA’s intervention, others have been annoyed at its actions – and believe the governing body should have no right to dictate how teams set up their cars.

Furthermore, there have been questions asked about whether or not the FIA needs to take any action on porpoising now that the problem has not been a factor in recent races.

The matter was discussed at a meeting of F1’s Technical Advisory Committee (TAC) on Thursday, where the FIA made clear that its stance on the matter was unchanged despite team criticisms.

In a statement, the FIA said it was absolutely resolute that the porpoising was a ‘significant safety matter’, so there could be no change of direction with its plans.

“It is the responsibility and the prerogative of the FIA to intervene for safety matters, and the reason the regulations allow such measures to be taken is precisely to allow decisions to be taken without being influenced by the competitive position each team may find themselves in,” it said.

While the issue of cars bouncing has not been prevalent in recent races, the FIA believes that that factor has been more down to track characteristics – and there are venues coming up on the calendar, like Budapest, Spa and Singapore, where it could be more of a problem.

The FIA also fears that, as teams pile on improvements for their 2023 cars, that the increased downforce could trigger greater problems next year.

That is why it is sticking to a two-point plan in a bid to try to rid the sport of the problem.

From the Belgian Grand Prix, the FIA has reaffirmed it is sticking to a two-pronged attack in a bid to sort the issue.

The AOM will become mandatory from the Spa weekend, but teams will be able to use the metric from next weekend’s French GP to better understand it.

Furthermore, the FIA will mandate a stiffening of the skid blocks in the plank of cars after it emerged teams had cleverly made them moveable to avoid being worn away.

There will also be changes to the way the planks are measured too, to ensure that teams don’t use the disappearing skid blocks to pass post-race checks, having worn down other areas of the floor.

The FIA has also outlined, following input from the teams, changes to the technical regulations for 2023.

These are a 25mm raising of the floor edges, a raising of the underfloor diffuser throat, the introduction of more stringent lateral floor deflection tests and the use of a more accurate sensor to quantify aerodynamic oscillation.

All the above measures are to be submitted urgently to the FIA’s World Motor Sport Council for ratification, so teams can get to work on revised 2023 designs.

How Alpine plans to bring more women into F1

From $25 billion to $167 million: How a major crypto lender collapsed and dragged many investors down with it