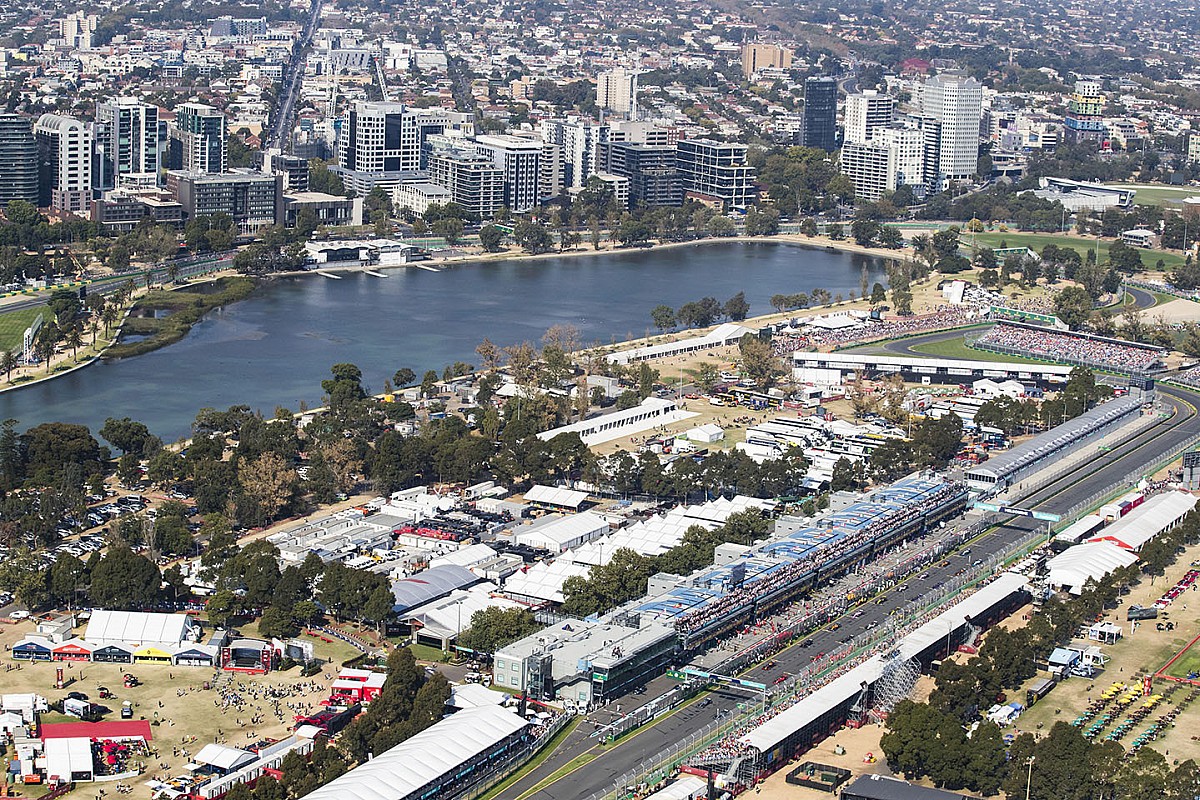 It emerged earlier this week that F1 was planning to put the additional DRS zones in place after the track map graphic was updated on the series’ website to show four activation points.

Formal confirmation arrived from the FIA when it released the track map on Wednesday morning in Melbourne, marking a first for F1, which has previously only had three DRS zones on a track.

When the Australian Grand Prix last took place in 2019, there were three DRS zones in place: the main straight, Turn 2 to Turn 3, and between Turn 12 and Turn 13 entering the final sector.

Significant changes have been made to the layout for this year’s race, including the removal of the Turn 9-10 chicane to create a new sweeping run from Turn 8 to the former fast left-right section at Turn 11-12, which is now Turn 9-10.

The fourth DRS zone will feature along this run, kinking towards the left before entering Turn 9. The detection point will sit at the exit of Turn 6, and will also serve as the detection point for the DRS zone that runs between Turn 10 and Turn 11.

The second detection point has been moved from the entry to what is now Turn 12 to the braking point for Turn 13, the penultimate corner on the lap. This will then give DRS to drivers for the main straight and between Turn 2 and Turn 3 as in previous years.

DRS has already proven to be a powerful tool for drivers this year, particularly in the battle for the lead between Charles Leclerc and Max Verstappen in both Bahrain and Saudi Arabia.

In Saudi Arabia, both drivers deliberately slowed at points in order to try and get DRS for the long straight, and talked up the importance of the aid after their battle.

A number of corners have been widened at Albert Park ahead of this year’s race in a bid to allow for better racing after criticism in recent years. The alterations have led to a slight reduction in the track length from 5.303km to 5.278km, but the race will still take place over 58 laps.