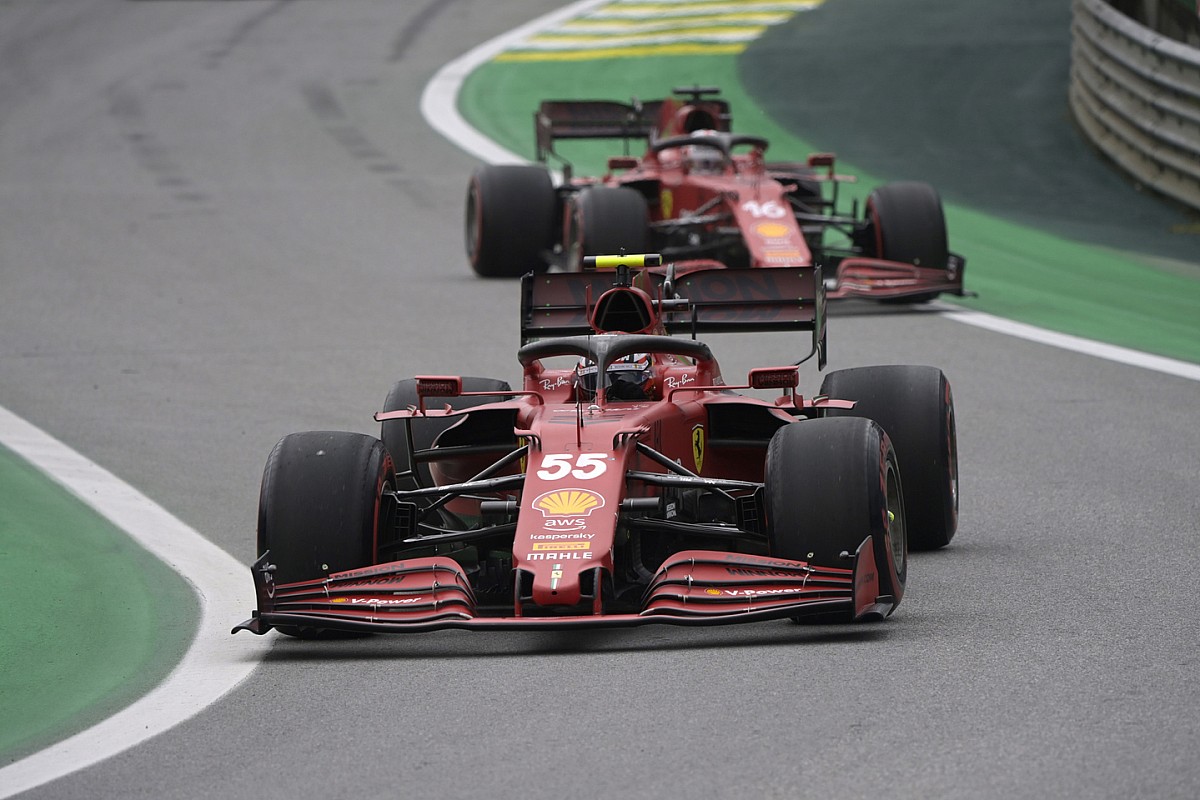 
Last season, most F1 teams halted any development push on their 2021 cars early in a bid to get ahead of the game for this year’s all-new technical regulations.

While 2021 was an outlier in that regard, Mekies believes the sport’s budget cap will still limit in-season developments compared to pre-2020 levels, as the financial restrictions put in place to make F1 more sustainable will reduce the number of updates teams can afford to pump out.

“Not compared to this year, because this year obviously was near zero, or at least for us was very little, but if you go back to 2019, 2018, we think you will see less,” Mekies said.

“It sounds difficult from our perspective to have a high number of updates with the constraints that we have.”

The cost cap, which has been lowered to a base figure of $140m this year – excluding add-ons – means F1’s biggest teams have had to be more disciplined about where and when to spend the budget they earmarked for developments.

That luxury problem particularly affects big spenders Mercedes, Red Bull and Ferrari, teams which have already had to radically downsize their teams to fit within the budget cap.

“You need to keep a budget to develop during the year, because you will learn more and more, and therefore you will need ways to adjust. This has been the biggest challenge,” explained Mekies, whose Ferrari team finished third in the 2021 constructors’ championship.

“That’s effectively what we do now. How much of a challenge it is depends on your level of competitiveness to the others.”

But Mekies warns that if 2022’s pre-season testing unearths several issues on the new cars that need to be addressed quickly, fixing those problems could mean teams may have to dip into their development pot earlier than planned and sacrifice some in-season updates.

“If you have a big issue at the beginning of the year and nothing is correlating and so on, you may invest some of your package two or package three money,” Mekies added.

“You need to fix it anyway now, so you take your parts, you put them into the bin, and that’s the way you will deal with it.”

Alonso: “Luxury” to leave and return to F1 on my own terms