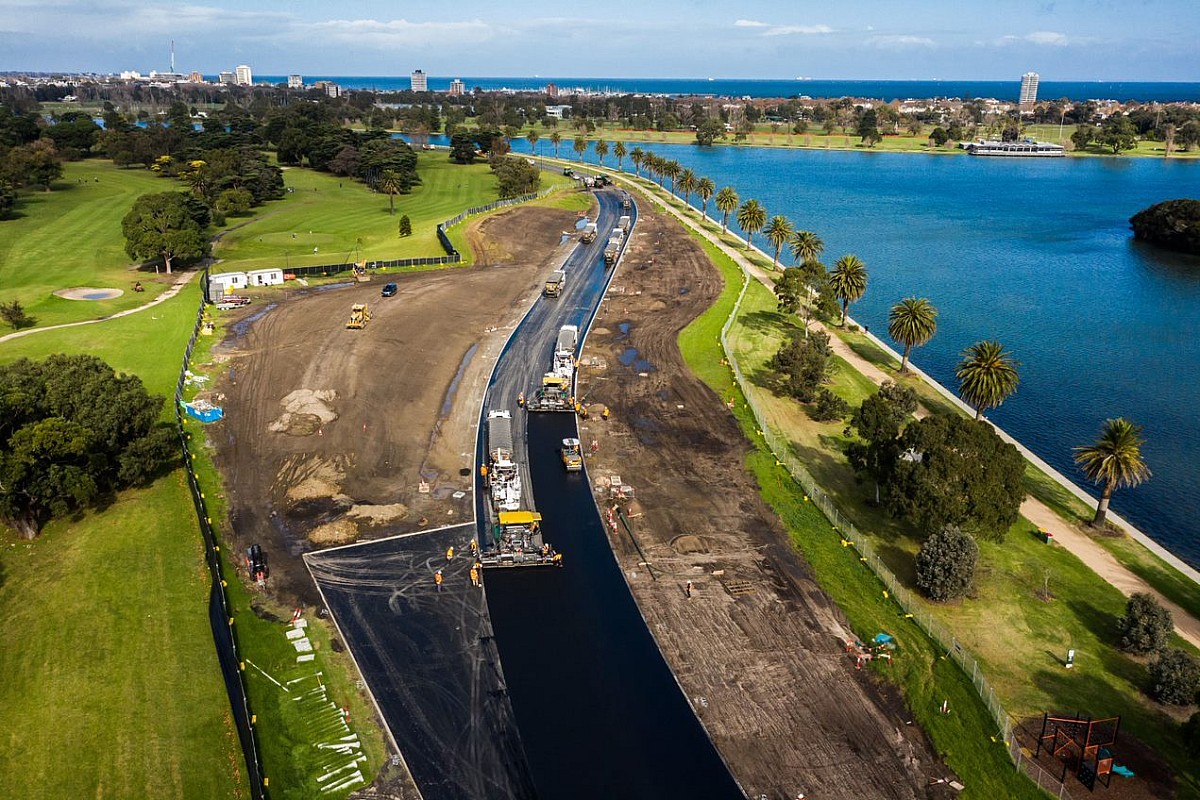 
For more than a quarter of a century, Melbourne has been the home of the Australian Grand Prix. And across that journey it’s been the famous Albert Park street circuit that has played host to the race.

Due to the very nature of the parklands track, constructed annually out of public roads and car parks, it’s remained unchanged since the first Melbourne race back in 1996. The same road surface, the same corners. While the cars have evolved immensely, the circuit hasn’t been able to do the same.

After years of feedback regarding the single-lane racing line and highly limited passing opportunities, the Australian Grand Prix Corporation has finally given the Albert Park circuit the birthday it deserves.

What has changed at Albert Park?

Albert Park’s first corner, a notorious hot spot for crashes, has been widened by 2.5 metres to the driver’s right. The idea is to ease the funnel effect that used to force cars into a very narrow apex, and make it easier for cars to run side by side.

A key passing opportunity, Turn 3 has been widened to the driver’s right by four metres, along with re-profiling to increase positive camber. That should make more lines available and may even shift the apex back so that passing opportunities linger that bit longer.

Turn 6, once an awkward right-hander, has undergone a significant change as part of the new layout. The corner has been widened by more than 7.5 metres to the driver’s right, turning it from a stop corner into something that almost resembles a sweeper. The result is expected to be a speed increase of an eye-watering 70 km/h through the corner.

The old Turn 9/10 chicane, which led cars onto the palm tree-lined sweeper towards the Turn 11/12 flipflop, is now gone. It is now simply a flat-out blast out of Turn 6, through Turns 7 and 8 and all the way down to what used to be known as Turn 11/12, but is now Turn 9/10. The approach speed to that complex is expecting to be over 330 km/h with drivers subjected to 5.4G as they turn into Turn 9. The back straight will be used as a new DRS zone.

After the long, nearly flat-out blast all the way from Turn 6 to the exit of Turn 10, Turn 11 is now a prime passing opportunity. The corner has been widened by three metres to the inside and re-profiled with more positive camber to increase the viable lines when it comes to executing a move.

The penultimate corner has also been widened on the inside to make it harder for drivers to defend their position.

The pitlane has been widened by two metres, with the pitwall now sitting hard against the edge of the track, where there used to be a grass verge. Pending FIA sign-off, the plan is to raise the pitlane speed limit from 60 km/h to 80 km/h, which could open up more strategic options for crews.

The entire layout has also been resurfaced. It was a job that desperately needed doing, with the original tarmac left untouched since it was first laid in 1995 ahead of the first Melbourne grand prix the following year. And given these are public roads for 51 weeks of the year, the surface had seen plenty of traffic in its 27 years.

Why has it changed?

Altering the Albert Park layout has been on the cards for a number of years. Drivers and team bosses have long been critical of the layout, which was seen as outdated, particularly as cars got faster. It was always seen as a single-lane track, with short, bumpy braking zones making overtaking all but impossible without a significant pace advantage.

Back in 2017 the Australian Grand Prix Corporation did seriously investigate making wholesale changes to the circuit. That plan was not dissimilar to the work that’s now been done, with a longer, faster straight to the north of the lake. However in that version, the old Turn 11/12 complex was replaced with a hard stop for overtaking.

Ultimately the plan was scrapped. The AGPC couldn’t see enough benefit to warrant the disruption to daily Melbourne life that closing busy public roads would bring.

However the criticism of the layout continued. The following year drivers were back up in arms and the idea of changes was brought back to the table.

Eventually the AGPC decided that if a much-needed resurfacing was going to take place – a significant disruption to daily traffic in its own right – it may as well re-profile parts of the circuit at the same time.

So a number for Formula 1 drivers were engaged to help bring a new plan to life. A revised layout was agreed upon and, using the break in racing in Australia enforced by the pandemic, work kicked off in early 2021.

Phase 1 was widening pitlane by two metres, which also shifted pitwall onto the edge of the racing surface, where there was previously a grass verge.

Phase 2 of the project was the general widening and re-profiling works around the circuit to create the new layout.

The third and final phase was the complete resurfacing of the circuit which was completed earlier this year.

Will it improve the racing?

The changes that have been made to the Albert Park layout are specifically targeted at creating better overtaking opportunities.

While Turn 1 is unlikely to be a key overtaking spot, the widening work should make it less single-lane and give drivers a better chance to tuck into the draft and try and set up a pass into Turn 3. And executing that pass should be easier by the additional four metres of width at the entry of Turn 3, and the increased positive camber offering more mid-corner grip.

Technically, losing the old Turn 9/10 chicane means there is one less potential passing zone. However it never really yielded a significant amount of passing, hence why it was sacrificed to help create what should be THE key passing opportunity on the track – the new Turn 11.

Cars will blast flat out from Turn 6 all the way through the fast Turn 9/10 left-right sweeper and then have a big stop into Turn 11. That corner is wider than ever and has more positive camber than ever to ensure there are multiple effective lines and opportunities for drivers to be creative to get a pass done.

Should the plan to raise the speed limit in the new, widened pitlane come to fruition, it could also open up more strategic options for teams due to the reduced transit time.

As well as hopes the new layout will improve the racing, there are predictions that lap speed will drop by around five seconds.

Vettel: Schumacher Miami GP F1 collision “stupid for both of us”