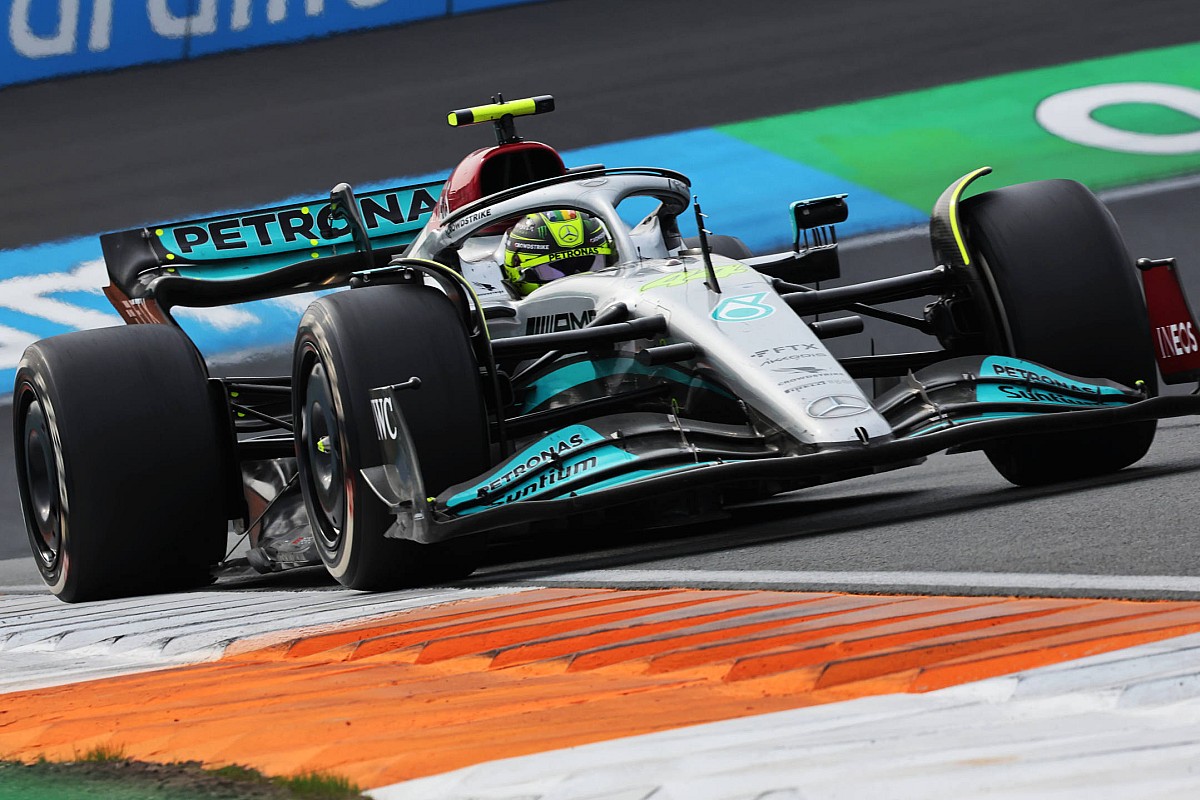 A U.S. recession will likely hurt Asia. Here are the countries that are most vulnerable


Hamilton was left furious after Mercedes elected to keep him out on old mediums at the late safety car in Zandvoort, which left him exposed to Max Verstappen behind him who had stopped for fresh softs.

The situation had further shifted against Hamilton when his teammate George Russell, who had initially been behind him and could have acted as a buffer to Verstappen, was stopped for fresh softs too.

After being unable to hold Verstappen back at the restart, and then falling into the clutches of Russell, Hamilton let rip at his team.

“I can’t believe you guys fucking screwed me, man,” he blasted over team radio. “I can’t tell you how pissed I am right now.”

Hamilton later apologised for speaking to the team that way, as he said the emotions of the situation had got to him.

But Wolff brushed off there being any problem with how Hamilton had reacted, as he said that teams need to understand that it is inevitable drivers have to vent feelings when things go wrong.

“You get emotional, I do too in the race,” said Wolff. “And when you’re a driver in the car, it just comes out of you. You can’t even stop it.

“We’re the trash bin, the vomit bag in the airplane, and we’re taking all that because we need to. This is how it has always been in a relationship between frustrated driver and the pit wall.”

Wolff said that things quickly settled down with Hamilton after the race, as they ran through the strategy choices and explained why the team felt gambling for the win was better than simply accepting a guaranteed second place.

“We have sat together; and we discussed the race strategy,” he said. “It was something that this morning we decided to take a risk.

“It really backfired for him. I think overall the circumstances, I think having Max behind him and things like that, that was totally unpleasant. But there’s more positives to take. And this is what we have also chatted about: that the car is faster.”

Wolff also says there is an inevitability that, when a team splits it strategy because it is not sure which is best, that the driver on the losing end will get upset.

“It is so tremendously difficult to really make the right judgement call and especially if you have two drivers that are competing against each other also there.

Speaking later about his feelings during the radio chatter, Hamilton said that he had been triggered by seeing a potential victory snatched from his grasp.

“I knew at that point I had lost it, before the restart, when I knew everyone behind me was on the soft tyre,” he said. “I knew that that was it. There was no way I was going to hold them behind me.

“I don’t apologise for my passion because that is how I am made, and I don’t always get it right. But I am sorry to my team for what I said, because it was in the heat of the moment.”

A U.S. recession will likely hurt Asia. Here are the countries that are most vulnerable

The U.S. and China are one step closer to preventing stocks like Alibaba from delisting. What to watch next